‘Voyagers’: It’s Lord-of-the-Flies-into-space, with kids off their meds and onto adult trouble 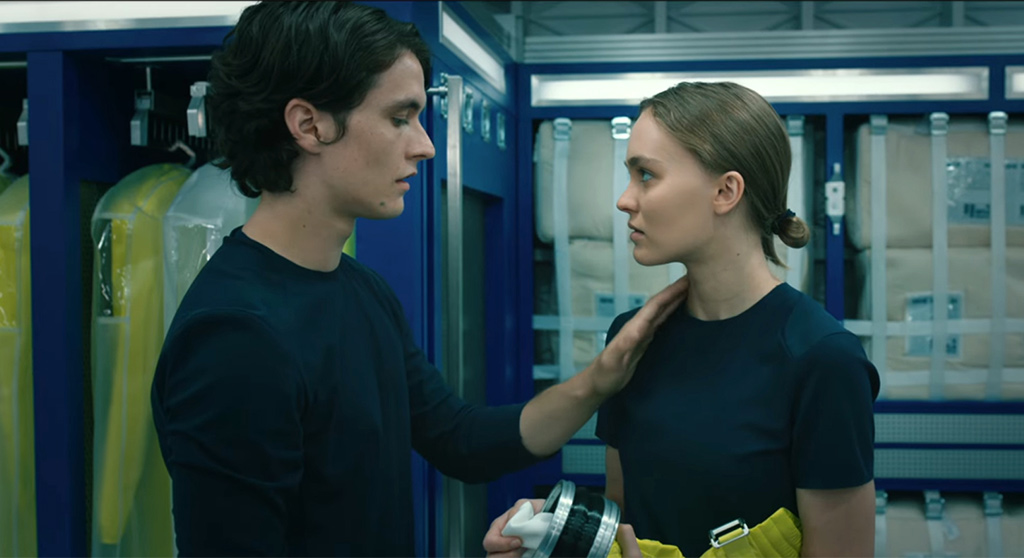 ‘Voyagers’: It’s Lord-of-the-Flies-into-space, with kids off their meds and onto adult trouble

Playing with YA future tropes (think “Hunger Games” and “Chaos Walking”), director Neil Burger (“Limitless” and “Divergent,” another YA sci-fi flyby) fills a spaceship with the genetically engineered offspring of MIT scientists and Nobel laureates and sends them off into the universe to find the next place for humans to expand, because, well, we’ve screwed Earth so royally – no surprise there. The journey, as we’re told by Richard (Colin Farrell), the one adult/chaperone aboard, will take 86 years, and it will be the grandchildren of the mensch progeny that will reseed mankind on a far distant planet, where one can foresee a wash, rinse, trash orb and repeat cycle.

Like “Passengers” (2016) and Clare Denis’ alluring jump into space, “High Life” (2019), “Voyagers” is more about the sexual and personality play among those onboard as opposed to the quest at hand. Of the myriad high-cheekboned Calvin Klein models, the main trio consists of the blandly heroic Christopher (Tye Sheridan, “Ready Player One”), a manically glossy-eyed Zac (Fionn Whitehead, “Dunkirk”) and the dour Sela (Johnny Depp’s daughter, Lily-Rose Depp, who channels dad’s “Cry-Baby” sullenness here). Everyday the sexually budding teens drink a shot of mouthwash-blue liquid that, as Christopher discovers, contains a toxin. Richard quickly explains it away, but the persistent Christopher learns it’s a drug to control, numb and pacify them like saltpeter was rumored to be used on soldiers in days of old. Once the kids go off their meds, merriment, Greco-Roman wrestling and libidos take center stage. It’s here that Richard, through dark happenstance, exits and Christopher and Zac vie to be the alpha male, with Sela’s chastity as the prize hanging in the balance. Other little horny teen fires flare up too, and there’s the threat of an alien aboard whom no one has seen, but can be heard roaming and clanking in the passages above and below.

What the film comes to is “Lord of the Flies” in deep space with sensual desires being acted upon – forget the conch, it’s all about the satiation of urges. The problem is that everything feels staged and unfelt, even those urges. More problematic perhaps is the sexual aggression some of the young lads unleash upon their female co-explorers. One vicious breast grope is a real eye catcher, but then you realize that the inflight film selection probably didn’t include “Promising Young Woman” (2020) or any proper sexual code of conduct lessoning, given that they’ve been chemically sedated (what was Richard’s master plan, considering the kids would outlive him?). Since this is 2063, #MeToo is clearly a distant memory, or because these kids were deposited on the space vessel so as to not be acculturated to our fat and obsolete ways, how would they know? The provocatively fun thing about Denis’ “High Life” was the way checked and regulated sexuality bent and shaped character and pushed the rules of conduct aboard the ship, as well as our own sense of sexual turpitude. Here it’s like boys discover erections and go berserk with the future of humanity the last thing on their hormone-guided minds.