‘Ready Player One’: A pop culture pastiche lacking the power-ups it needs to be iconic 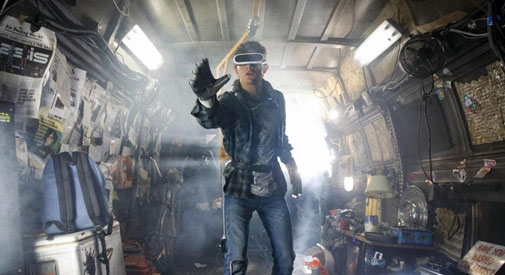 ‘Ready Player One’: A pop culture pastiche lacking the power-ups it needs to be iconic

Geek references and 1980s pop culture abound in “Ready Player One,” an energetic yet hollow outing from the architect of the blockbuster himself, Steven Spielberg. It’s not all for naught, as the adaptation of Ernest Cline’s YA novel set in the dystopian future bears most of the director’s family-friendly fingerprints: a sentimental score (by Alan Silvestri), misunderstood youth, enigmatic happenings and the fantastical infusing the realm of the real – think “E.T. the Extra-Terrestrial” or “Close Encounters of the Third Kind.” And then promptly forget them. 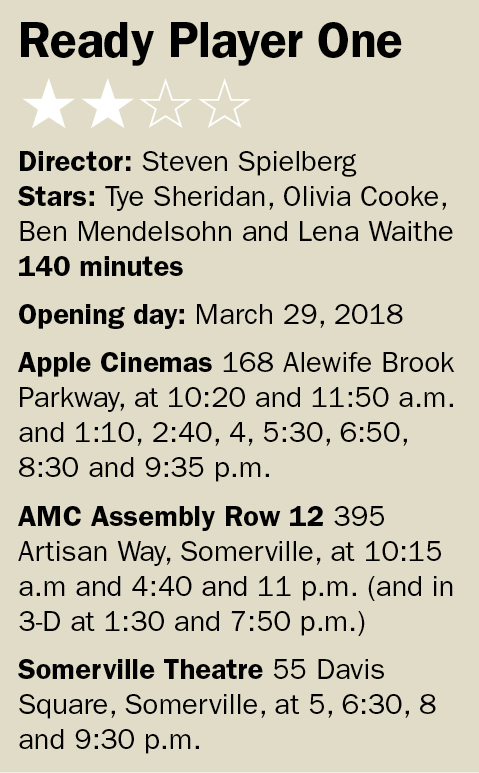 In the year 2045, gaming has become the opium of the masses. Everyone suits up, dons virtual-reality goggles and enters a place in the cloud known as the Oasis, a platform breathed to life by a master game creator named James Halliday (Academy Award winner Mark Rylance), who’s recently passed but has left an Easter egg (apt that it’s being released on the eve of the Paas egg-dyeing holiday) tucked away somewhere in his worldwide video game. The lucky one who finds it takes over Halliday’s Amazon-like empire.

Just what is the Oasis? Dungeons & Dragons if played with hip SimCity-esque avatars amid a “Wreck-It-Ralph” landscape littered with indelible pop icons, including everything from King Kong to the Iron Giant, the DeLorean from “Back to the Future” and all things John Hughes – even Spielberg’s own J-Park T-Rex makes an appearance. Level up, get a meter full of bitcoin or grab some magic items and you grow in social stature in the cyber playground. Outside in the real world, things are pretty grim. We catch up with Wade Watts (Tye Sheridan) who’s doing pretty well in the Oasis – his alter-ego Parzival, an elven hipster, scores the first key to unlock the location of the Easter egg. He becomes a celeb online even though he lives in the slummy “stacks” (trailer homes, literally atop each other) of downtown Columbus, Ohio. Elsewhere folks allegedly live in less seedy enclaves, but about the nicest we ever see are the icy insides of Innovative Online Industries, the corporate rival of Halliday’s company that employs a farm of gamers to ascertain the location of the egg. Their goal is to take over Oasis and use it as a product-marketing platform. Good to see corporate greed in the future hasn’t changed so much.

In the Oasis games, Parzival becomes infatuated with can-do steampunk racer Art3mis, also out to get the keys to the kingdom, and ultimately the two make a verboten connection in the real world – Wade meeting Samantha (Olivia Cooke, so good in the recent, small psycho thriller “Thoroughbreds”). Where things go from there is pretty predictable, with the ghost of Halliday showing up in the game as a Gandalf-cloaked wise man and in the inventor’s video archives. The fun comes when seeking the second key and Parzival, Art3mis and their band of “high-five” allies must enter the Overlook Hotel from “The Shining.” The reimagining of the Kubrick classic (Spielberg also stepped in and took over the reins to complete “A.I. Artificial Intelligence” after the “2001: A Space Odyssey” director passed away) is a cinephile’s dream come true, but it’s here that the film pretty much gushes out its upward energy and resorts to a pedestrian army of baddies – both in the Oasis and in the slums of Columbus – trying to take out Parzival/Wade and his crew. On the winning side, Hannah John-Kamen as head heavy for the I.O.I. goon squads exudes all the Lycra-sleek bad-ass moxie of Trinity in the “Matrix” films. She gives the film a kick in its waning movement. It’s not enough as we come around to a happy high-five conclusion, when “Ready Player One” feels long played out.