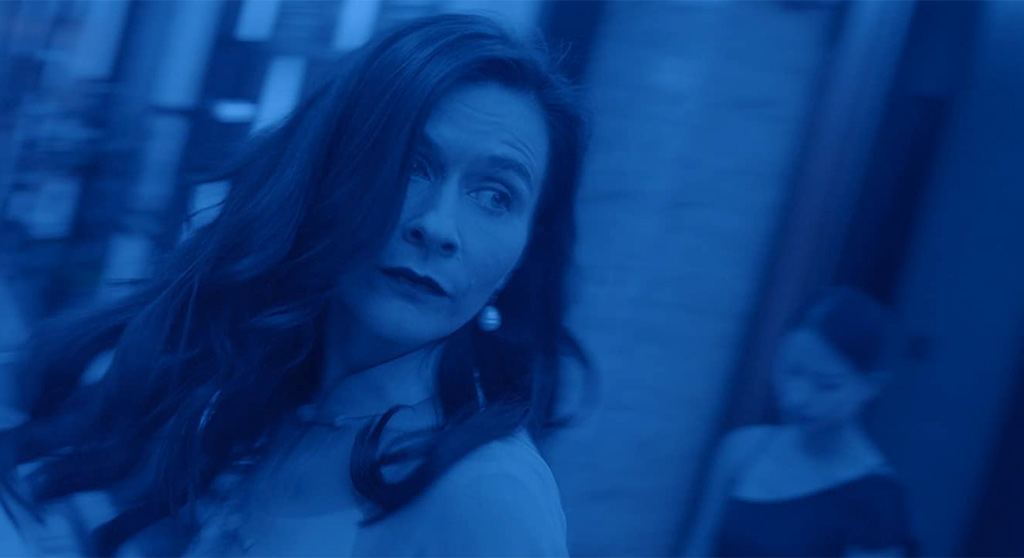 In the near future, Liz Hansen (Mélanie Laurent, “Inglourious Basterds”), a doctor, wakes up in a cryogenic chamber with no memory of how she got there. The awakening feels something like an “Alien” birthing and from there Liz has to figure out how she got there and where she is. Her only tie and clues to the bigger what is a computer AI program that connects her with the police and others. The partial answers that come serve only to deepen the mystery and often, the Alexa/Siri aide can’t dial out due to technical difficulties. The lab-like confines Liz finds herself in are cramped and claustrophobic. Laurent gives the “Locke”-esque solo turn a game go, and French horror director Alexandre Aja (“Crawl,” “High Tension”) adds plenty of grim atmosphere, but like the recently released space drama “Stowaway,” “Oxygen” feels more like a clunky stage play than an enigmatic futuristic psycho thriller. On Netflix.

Robert Machoian’s taut portrait of an unconventional marriage begins with a pick in the eye as a disheveled, clearly emotionally troubled man with pistol in hand – whom we later learn is named David (Clayne Crawford) – hovers over his wife, Nikki (Sepideh Moafi) sleeping peacefully alongside her new boyfriend Derek (Chris Coy) in a nondescript bedroom. It’s hard to decamp from that scene, but Machoian does so dutifully as we dive into the backstory of how Nikki and David parted and her union with Derek came to be – it’s not an illicit tryst and this is definitely not your typical love triangle, but an out-in-the-open relationship, with kids involved. The film’s told mostly from David’s tortured POV, and yet the plot moves in surprising, character-driven ways. The performances feel lived in; look for more from these talents. At Landmark Kendall Square Cinema, 355 Binney St., Kendall Square.

One might think a first feature in which the writer and director is also the star might be something of a vanity project, but this plunge into a passion play by Aleksandra Szczepanowska makes for a fresh spin on the erotic psycho-thriller genre. Szczepanowska plays Fei Fei, an American expat teaching dance in China, where she is married to a successful local businessman (Yang Jun) and has a young son. Issues regarding her failure to procure Chinese citizenship take us out of the gate, but as an illicit relationship with a blind masseuse (Yuan Jiangwei) turns intimate, a love triangle forms, complicated by the mysterious business doings of Fei Fei’s husband. Late in the game, the film shifts gears as the two men start to circle each other and Fei Fei becomes racked with anxiety and paranoia. “Touch,” which probably could have used a less generic title, is impressively composed and beautifully shot for a first-time endeavor, and hangs on the desires and flaws of its protagonist with a deep lens inward. It doesn’t quite gel, but it is intimate and marks a calling card of future promise. On Tubi.

Joe Wright (“Atonement,” “The Darkest Hour”) gets an all-star cast and crew for this cinematic adaptation of A.J. Finn’s bestselling mystery (screenplay by Tracy Letts) about an agoraphobic woman who thinks she’s sees a murder, but nobody believes her. Yeah, it’s a bit “Rear Window”-esque, but beyond peering into another’s dark doings, the comparison stops there. Our heroine, Anna (Amy Adams), is a New York child psychiatrist who’s too freaked out to go outside her stately brownstone. One day, after having a seizure on her front stoop, a passerby (Julianne Moore) helps her back inside and initiates an afternoon of wine therapy. Later, Anna witnesses the woman being stabbed by her husband (Gary Oldman, working with Wright again after his Oscar win in “Darkest Hour”), but when Anna calls the police, Oldman’s Alistair produces his wife – an entirely different woman now played by Jennifer Jason Leigh. Things get dicier as Anna continues to insist upon the murder and befriends Alistair’s son Ethan (Fred Hechinger). Then there’s some dark revelations about her downstairs tenant (Wyatt Russell) that shake Anna’s mental rockiness. The film suffers from overacting and a ramshackle narrative that’s unfortunately too loyal to the thin novel, playing too many games with the viewer’s sensibilities without providing an equitable payoff. On Netflix.