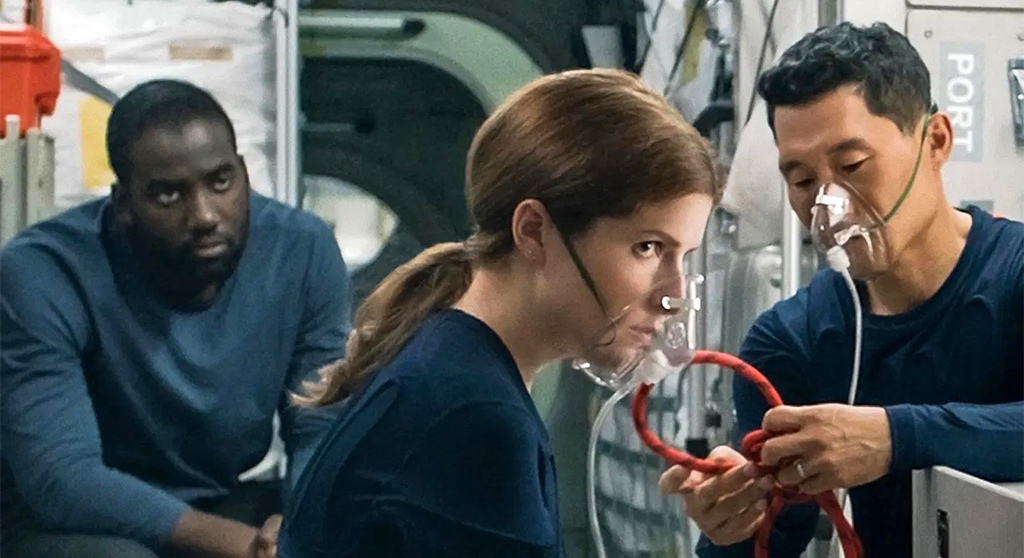 Following an opening weekend that offered the chance to see Questlove’s “Summer of Soul” along with horror festival favorite “We’re All Going to the World’s Fair,” the virtual Independent Film Festival Boston continues on with plenty of highlights to look forward to.

Week 2 kicks off with the drama thriller “The Dry,” starring Eric Bana. Directed by Robert Connolly, Bana plays Aaron Falk, a federal agent who returns to his hometown for the first time in 20 years to attend the funeral of a childhood friend who allegedly killed his wife and child before taking his own life. Soon, Falk begins to put together the pieces between this case and a similar one from the past.

The second bleak procedural to keep an eye out for is “Riders of Justice,” screening Tuesday. The film stars Mads Mikkelsen, coming off the heels of his soulful performance in the Oscar-winning “Another Round.” Mikkelsen has transformed for this black comedy from director Anders Thomas Jensen, a revenge story of a soldier who seeks out those responsible for the death of his wife.

One of the most exciting screenings of the week is “The Sparks Brothers,” the latest from director Edgar Wright (2017’s “Baby Driver.”) This music documentary tracks the decade-spanning influence of U.S. pop-duo Sparks, who made their debut in 1967. Wright’s trademarked kinetic filmmaking style helps shine a light on just how much of an impact the musical group has had on modern pop culture.

Wright’s film won’t be the only music focused on next week. Thursday brings a screening for the documentary “Poly Styrene: I Am a Cliche.” Styrene was the first woman of color in the U.K. to front a successful rock band in the 1970s, X-Ray Spex, and would go on to be a key inspiration for the Riot Grrrl and Afropunk movements. Her legacy and traumas are documented by her own daughter, Celeste Bell, who co-directs the film with Paul Sng. For tickets and information, go to the IFFB website. (Allyson Johnson)

Local and virtual at The DocYard

The 2021 DocYard season winds down this week. Currently playing are filmmaker Sky Hopinka’s experimental first feature film, “Maɬni – Towards the Ocean, Towards the Shore,” which melds the Chinookan death myth with the stories of two members of the Chinook nation as they describe their relationship to life and death with observational scenes from their lives and those of their families; and Salomé Jashi’s “Taming the Garden,” about a tree garden made by Georgia’s richest man, a former prime minister and founder of the ruling political party, who bought hundreds of the country’s oldest and largest trees, had them uprooted, and moved them to his own privately owned but publicly accessible park. Hopinka will partake in a live virtual Q&A at 7 p.m. Wednesday. One with Jashi is still in the works; check The DocYard’s website for details and updates. (Tom Meek)

Dror Moreh’s follow-up to “The Gatekeepers,” his 2012 doc about the Shin Bet, the Israeli intelligence service, puts the Middle East peace negotiations process under a microscope, focusing mostly on the 1990s efforts under the Bush Sr. and Clinton administrations. Moreh gets at the delicate heart of his subject by mixing archival footage and interviews with the U.S. emissaries who worked to bridge the gap between Yasser Arafat and the various Israeli leaders on the other side of the religious and territorial divide. It’s a neat, tight history lesson that delves into the subtlety of a conflict and dilemma that may be insoluble. The title of the film refers to the requisite diplomacy to enter into such a high-stakes game and keep the cards being dealt. The film offers no solutions, just underscores what was and what still is. At the Landmark Kendall Square Cinema, 355 Binney St., Kendall Square. (Tom Meek)

Shari Springer Berman and Robert Pulcini, the husband and wife duo who made the very witty, very funny “American Splendor” with Paul Giamatti for a spin on comic book penner Harvey Pekar, team up with Amanda Seyfried – hot off her Academy Award-nominated turn in “Mank” – for this things-aren’t-quite-what-they-seem psychodrama with a dash of the paranormal (think “Rebecca,” the newer, unnecessary remake, not the untouchable Hitch version). “Things Heard,” based on an Elizabeth Brundage novel and set in the big ’80s, is like two films, starting with a gripping drama of a young academic (James Norton) and his wife (Seyfried) moving to upstate New York so he can begin his professorial career. After moving into an old farmhouse comes that second aspect, in which things go bump in the night, for a great build that veers into the predictable and silly. More troubling are the young prof’s art school credential and the nubile coed (Natalia Dyer) and strapping young handyman (Alex Neustaedter) who get entwined with Norton’s James and Seyfried’s Catherine; “Things Heard” may have been a more engrossing spin if rooted just in small-town drama and big dreams gone offtrack. (Tom Meek)

Chino Moya’s post-apocalyptic vision ostensibly takes place in East bloc Europe. “Undergods” serves up plenty of mood and style, with some of the visuals and pale blue-green wash calling to mind Tarkovsky’s 1979 sci-fi classic “Stalker,” but comparisons end there. What Moya in his first full-length feature has rendered is a series of vignettes full of dread and dust that sometimes fold back on each other. Some come out a bit punchy, with verve and wit (think Jean-Pierre Jeunet’s “Delicatessen”), but none of it fully gels, and neither do any of the baroque personas onscreen ever register any depth of character. It’s a nice calling card, signaling directorial capabilities and style. On Amazon Prime. (Tom Meek)

With entries such as “The Martian” (2015) and “Gravity” (2013) in the marooned/doomed-in-space genre, did we need another that doesn’t really add a new spin to outer out there? On a mission to Mars, Zoe (Anna Kendrick), a physician and astro-newbie, Marina (Toni Collette), the ship’s commander and botanist, and David (Daniel Dae Kim) are nestling in for the long haul when a stowaway fellow astronaut (Shamier Anderson) drops out of a storage unit wounded and unconscious. Good company or no? The crisis du jour becomes the math equation that the ship has only enough life-sustaining air, food and water for three, and a recently compromised system means the resources are even less. The film’s blessed with a talented cast, but they never really feel like a crew on screen. Much of the deep space action feels like a stage play with a cast of cold characters. On Netflix. (Tom Meek)