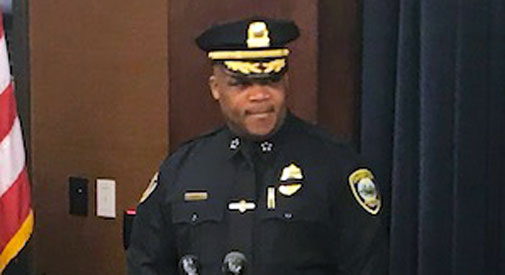 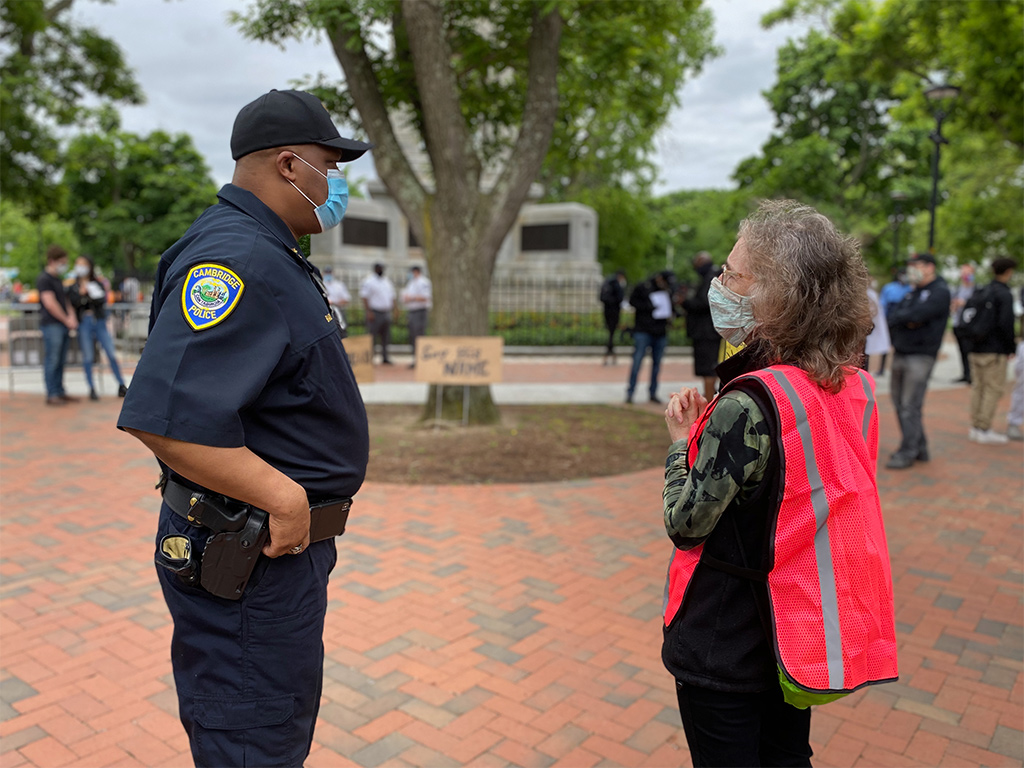 Police commissioner Branville G. Bard Jr. is leaving the Cambridge Police Department to become vice president for public safety at Johns Hopkins University and Medicine, where he will lead a 1,200-person security and safety operation. He is to start Aug. 30, Johns Hopkins confirmed in a press release dated Tuesday.

Christine Elow, a superintendent responsible for overseeing the Support Services Division since an August 2019 promotion, is expected to be his replacement on an interim basis, according to some familiar with the workings of the department. She would head a 329-person force with a $69 million budget.

But in a Tuesday message from Bard to his officers, the outgoing commissioner said he would “begin transitioning responsibilities and providing support to both superintendents, who will lead the department until an acting police commissioner is named.” He expressed complete confidence in superintendent Leonard DiPietro and Elow’s “abilities to lead CPD going forward and encourage you all to fully support them during this transition.”

The change in personnel was widely known over the past weeks without word from official sources. Elected officials, police officers and residents all acknowledged knowing of Bard’s departure or raised the topic themselves, long before a statement from Bard’s office or City Hall.

Bard’s message said the decision was made “after extensive discussion with my family and very careful consideration.”

“When I was appointed Police Commissioner four years ago, my family and I were warmly welcomed by the entire department and Cambridge community. While a large majority of my life has been spent in Philadelphia, Cambridge quickly became home. My experiences, the lifetime relationships I have built and our collective accomplishments have all far exceeded my expectations. For that, I am grateful,” Bard wrote.

Bard’s new role will be broad, as Johns Hopkins has locations throughout Baltimore and elsewhere in Maryland as well as in Florida, Washington, D.C., and other countries. Its public safety unit has had an interim leader since June 2019 and the school began the search for a replacement in July 2019, then on March 26 it announced a restart with new committee members, saying work was slowed by the coronavirus pandemic.

In his statement accepting the role at JHU, Bard commented: “Throughout my career I have held to a simple but powerful belief that the most important responsibilities of police are to protect the public and to defend the individual constitutional rights of the citizenry they are sworn to serve. We do not have to choose between being safer and sacrificing civil liberties. With a public safety system centered on procedural and social justice, and grounded in listening to the community’s needs, we can do both.”

The stress on civil rights speaks to tensions around his new role at JHU. The Baltimore Sun on Tuesday referred to “disputed plans” by the university to create its own private police force that had been put on hold last year during a nationwide wave of protests around police conduct, as well as calls to defund police departments in favor of a social services approach to public safety.

Bard was serving on the License Commission for a November 2018 vote finding two business owners guilty of crimes of threats and intimidation of fire inspectors – even after those city officials said they took the comments to mean their conduct would be raised to a superior. A complaint against him was filed with the Police Review & Advisory Board, and the state’s ACLU found he took an action that “appears to raise serious free speech issues.” The case is in litigation.

The first police commissioner, Perry Anderson, also served four years in the role, from 1991 to 1995, police spokesman Jeremy Warnick said. The next commissioner, Ronnie Watson, served for 10 years from 1996 to 2006, and then came the nine-year term of Robert Haas, from 2007 to 2016.

Cambridge hired Bard in 2017 out of Pennsylvania, where he had been serving as police chief and director of public safety for the Philadelphia Housing Authority’s police department. He was the sole candidate for the position in a process run by the City Manager’s Office.

Bard began with a three-year contract and a starting annual salary of $210,125 on Aug. 21, 2017, and the city manager quietly renegotiated a 15-month extension in late 2018 that would bring the commissioner’s time in Cambridge to Nov. 30. As of that extension, Bard has been earning an annual salary of more than $242,200 with additional stipend payments equal to 20 percent of his weekly base pay compensation “in recognition of Bard’s level of education,” which includes a doctorate in public administration.

University officials highlighted Bard’s creation of a department family and social justice section to unify responses to situations better served through a social justice approach, such as juveniles, homeless individuals, the elderly and people with mental health and substance use issues, as well as some other achievements:

He brought on the department’s first child psychologist and first recovery coach to battle the opioid epidemic, established the Cambridge-Northeastern Municipal Police Academy and served as co-chair of the Emergency Taskforce for Temporary Homeless Shelter related to the Covid-19 pandemic. Most recently, he established the procedural justice section, which serves as the department’s internal monitor by continually reviewing data relating to police-citizen interactions for indications of racial profiling or racially biased policing and makes that information available through near real-time updates to a public dashboard.

That dashboard, three years in the making, remains unfinished, Bard told members of the City Council’s Finance Committee in May that the city’s law office was “in the final stages of a contract review and approval” for the project.

A section of this post about the next leader of the Cambridge Police Department has been removed until there’s more clarity around an appointment.