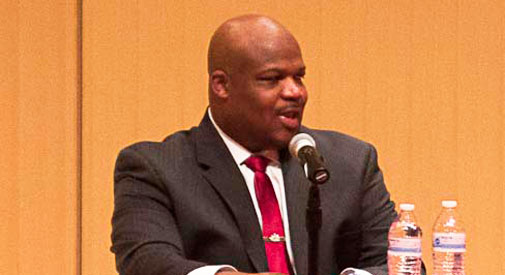 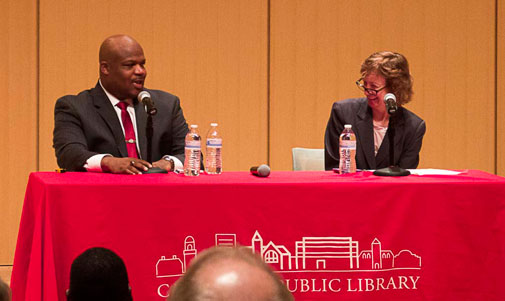 Branville G. Bard Jr., the sole finalist presented to the city last month to become police commissioner, was announced Thursday as the choice of City Manager Louis A. DePasquale.

Bard, whose first official day is Aug. 21, is getting a three-year contract with a starting annual salary of $210,125.

He will move his family to Cambridge from Pennsylvania, where he has been serving as chief of police and director of public safety for the Philadelphia Housing Authority’s Police Department. Before that, he served as the Philadelphia Police Department’s commanding officer of an elite forensic science unit; earlier he was captain of the 22nd District, which has the highest crime rate – and biggest staff – in North Philadelphia.

“It is a tremendous honor,” Bard said of the appointment. “This is a nationally regarded and accomplished department, and I am committed to building on the success of CPD’s talented and established personnel, programs and collaborations.”

In expressing confidence in Bard, DePasquale cited his accomplishments – such as a doctorate in public administration from Valdosta State University, which had a focus on racial profiling, racially biased policing, immigration, the Bill of Rights and public policy, according to a 2015 profile by Larry Miller in The Philadelphia Tribune. Bard is the author of a 2014 book: “Racial Profiling: Towards Simplicity and Eradication.” 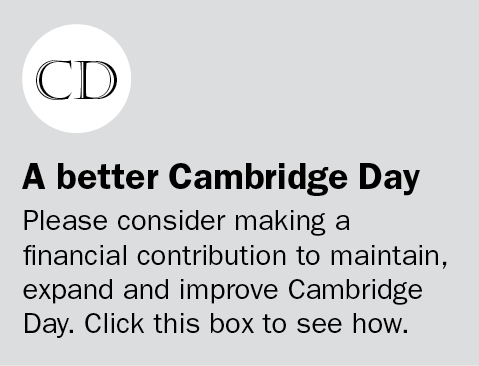 “He has a proven track record and will be a strong leader for our 21st-century Police Department,” DePasquale said. “I am confident that under Mr. Bard’s leadership, the Cambridge Police Department will continue growing its commitment to community policing, crime prevention, cultural awareness and sensitivity, department-wide equity and inclusiveness, procedural justice and visionary, effective and strong police leadership.”

The public’s sole look at Bard, giving a prepared speech and answering questions presented ahead of time, was sparsely attended June 21 and drew criticism for its programmed nature. In a Thursday press release, DePasquale noted that he was “pleased that we were able to involve so many people in the commissioner search process and that the public was able to hear directly from Mr. Bard during the process.”