‘The Suicide Squad’: Supervillains born to lose get their chance like James Gunn’s ‘Guardians’ 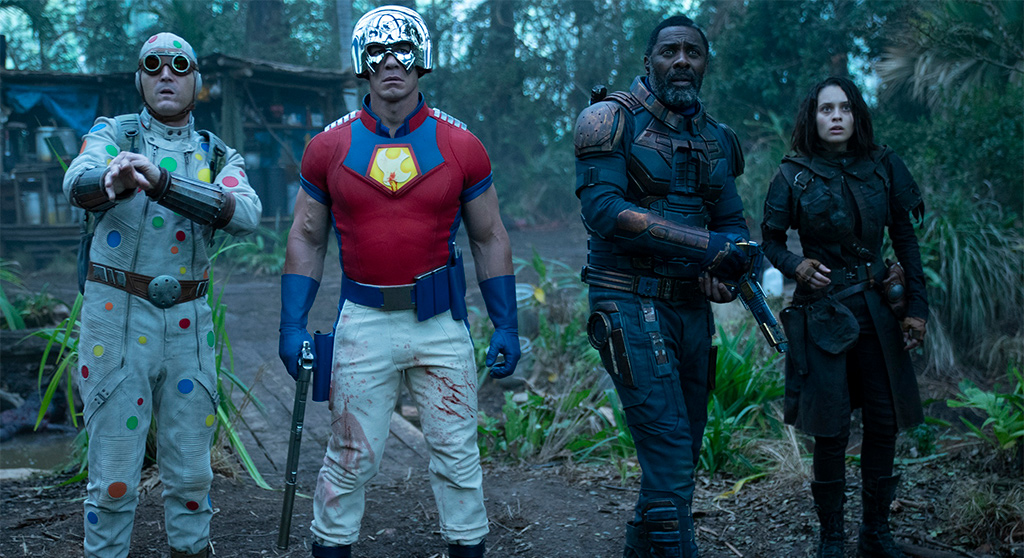 ‘The Suicide Squad’: Supervillains born to lose get their chance like James Gunn’s ‘Guardians’

With this semi-reboot of DC’s Suicide Squad concept, the whole riveting potential of Harley Quinn still remains to be realized – and perhaps never will be. “The Suicide Squad,” not to be confused with “Suicide Squad,” is a step up from that disappointing 2016 entry point as well as “Birds of Prey” (2020), the muddled feminist take designed to let Margot Robbie take her Harley out for a wide-open spin. The carrot here is that it’s helmed by James Gunn, the once lo-fi auteur of gore and superhero quirk (“Slither” and “Super”) who rose to mainstream notoriety with the marvelously offbeat Marvel Universe entry “Guardians of the Galaxy” (2014). It’s wildly intriguing, if curious, to see him on the DC side of things, but what better hand to give a boost to a floundering franchise holding tight to the blood-splattered dress of its all-star player?

That said, Robbie’s maniacally mercurial – and damn lethal – Quinn is a supporting player here, which is good and bad. Good in that she’s a lightning bolt of frenetic energy in every scene she’s in. Bad in that when she’s not onscreen, the film ebbs noticeably. Also, at more than two hours, the film feels way too long for what it is. It begins with the snazzy pop that Gunn was able to maintain throughout the entirety of his two “Guardians” chapters as a squad of convicts with special skills (“odd” would be the better word) is led by patriotic jarhead Rick Flag (Joel Kinnaman) and Quinn to a beach landing on Corto Maltese, a fictitious South American country. In their charge there’s a Laplander with a catchy accent and a big javelin (Flula Borg), a soldier with detachable arms (Nathan Fillion), Captain Boomerang (Jai Courtney, playing the part again), SNLer Pete Davidson as Blackguard, the fly in the ointment, Gunn regular Michael Rooker with glorious, flowing Edgar Winter-like locks as Savant and a giant CGI weasel. The landing’s something of a D-Day, with few besides Quinn making it to the next stage.

Gunn, playing with us, rewinds to the assembly of the team by government handler Amanda Waller (Oscar winner Viola Davis, also back again). There we learn that the team, known as Team One, really was a “Suicide Squad”; it was a distraction and fodder so Team Two, led reluctantly by Bloodsport (Idris Elba), a dead shot with an arsenal of firearms neatly attached to his body armor, could slip in sans bloodbath. His squad is equally as ragtag, with John Cena growing his acting chops as Peacemaker, a sardonic arms and demolition expert, and the straight-faced Polka-Dot Man (David Dastmalchian), who can toss toxic dots at adversaries and whose mommy issues nearly upstage Quinn. There’s also a waif known as the Ratcatcher (Daniela Melchior) who can summon a horde of rats, and King Shark, aka Nanaue, the half-man, half-shark voiced by Sylvester Stallone and a likable oaf when not chomping on human flesh – I really wanted a Land Shark joke, which would have been justified by Davidson’s inclusion. Speaking of humor, the reason the United States wants to infiltrate Corto Maltese is something called Project Starfish, for an ever-transforming extraterrestrial housed in a castle-like silo by a mad scientist called The Thinker (Peter Capaldi), who has brain bulbs or whatnot sticking out of his head and looks like the unholy fusion of Hellraiser and Doc from the “Back to the Future” films. Getting back to that joke, Peacemaker remarks that “in prison, a starfish is another name for butthole.” He later says he’d eat a beach full of penises to do his duty for country. Yeah, a lot of the gags miss wide, which is why you’re only too happy when Quinn drops back in the game.

From a sociopolitical angle you could argue that the film shines a light on the long-running exploitation of developing Latin countries by U.S. and other Western interests. Naturally, there’s also those home-bred despots looking to fulfill their megalomaniacal whims – the killing of women and children being a moral threshold for some of the Squad, and a shrug and whatever for others. The movie’s supposed to be Elba’s, and while his Bloodsport’s sword-waving with Peacemaker is puckishly good second-tier fun, the shine here is Quinn. No Quinn, no movie. In the grand finale the Squad is confronted with said starfish, something of a cross between a kaiju and the Stay-Puft Marshmallow Man. It’s not a shark jump, but it does underscore the missed opportunity.