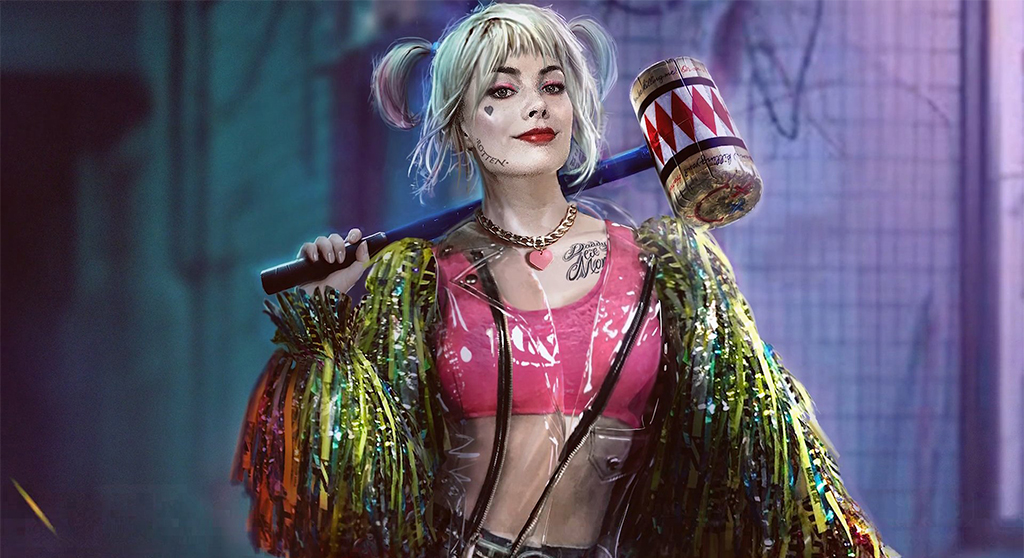 Looking back at my dismissal of “Suicide Squad” (2016), I pined for a vehicle that would bask in the glorious kitsch and kink of Margot Robbie’s infectious sociopathic supervillain, Harley Quinn. Well, here we are with “Birds of Prey,” and I’ll just say that sometimes one’s desires are best left unrealized. In that DC spinoff, Quinn (say her name fast, Harley Quinn, Harlequin, i.e. a comedic servant), an S-Squad front-villain, was also the gal pal of the Joker (Jared Leto). Here, in a film with a subtitle celebrating the “emancipation” of Harley Quinn, we never glimpse the green-haired “jester of genocide” that Joaquin Phoenix so recently elevated to Oscar-worthy fare; instead we begin with Harley’s breaking up with him in hyper explosive fashion.

That freedom, however, means it’s open season on Quinn, who in her drunken celebration breaks the kneecaps of the driver of Roman Sionis (Ewan McGregor), the owner of the nightclub she’s taken over, and Gotham’s biggest organized crime boss. Everyone’s out to get Quinn: the cops, those she wronged while under the auspices of the Joker, even the brother of the exotic pet shop owner Quinn buys a breakup hyena at – creepy guy comes onto her, she feeds him to her new furry bestie. In her hungover state, all Quinn wants is the perfect egg sando from her favorite greasy spoon, but before she can have a curing bite, boozy Gotham detective Renee Montoya (Rosie Perez, fantastic) corners her and we’re off to the races with Quinn giving us fourth-wall narrative asides, “DeadPool” style.

A 30 carat diamond, a young pickpocket (Ella Jay Basco) and an enigmatic crossbow assassin (Mary Elizabeth Winstead) work their way into the picture, and in the middle of it all there’s Sionis’ chanteuse with a killer voice (Jurnee Smollett-Bell) who gets the funniest line of the film: “You’re not the only one ripping off rich white people,” she says to Basco’s street urchin when busting her after a boost. The film’s all Robbie’s though, with the others playing along in her wake. It’s a great assemblage with plenty of strut, but between the great stunt work there’s no immersive “Sin City”-esque atmosphere or “Deadpool” pop to maintain the ghoulish, gonzo pitch. Robbie’s psycho pixie is a good time, especially as she takes down a police precinct with only a beanbag gun. It’s the script by Christina Hodson (“Bumblebee”) and direction by Cathy Yan that doesn’t seem to care so much about character as it does the next battle royale. Trimming the film would have helped, or having a villain more interesting than McGregor’s bland Sionis/Black Mask.

On the social justice side there’s some vicious payback for lads who make unwanted advances. More to the point is Perez’s cop, whose case-cracking heroics get scooped up by male counterparts and spun into promotions. The awkward sell here is Black Mask’s obsession with shrunken heads, masks and the like from primitive cultures – it’s just odd fan service to a character created back in 1985 that should have been rethought. It’s passable entertainment on the superhero level, but another opportunity missed to revel in the zany gleeful madness of Harley.