Cinemas of resistance and silence at The Brattle, and new releases ‘The Guilty’ and ‘The Voyeurs’ 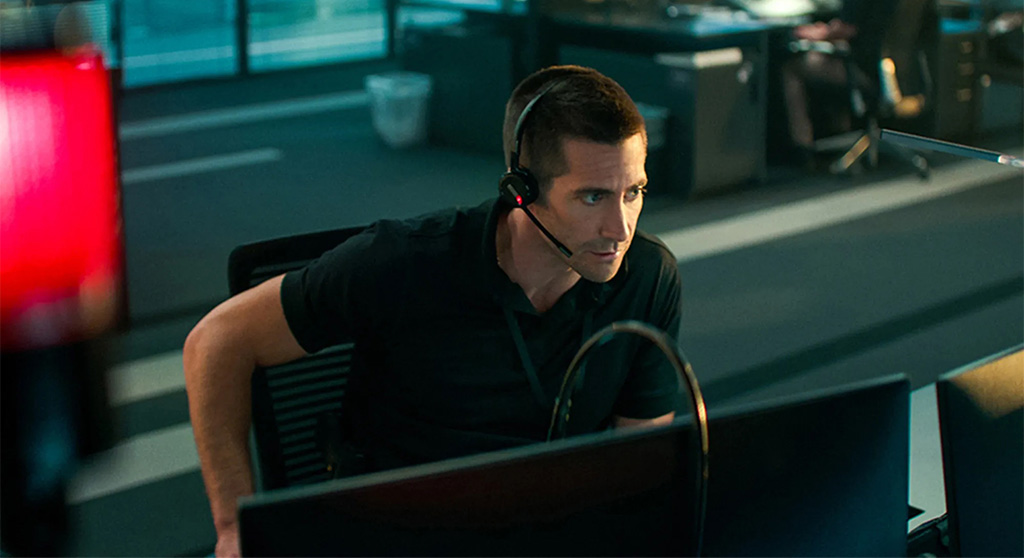 Cinemas of resistance and silence at The Brattle, and new releases ‘The Guilty’ and ‘The Voyeurs’

The Brattle wraps up its “African-American Neo-Noir” program Sunday with “Set It Off,” F. Gary Gray’s 1996 bank heist thriller starring Vivica Fox (“Kill Bill”) as a fed-up bank teller who enlists her friends to pull off a job. Jada Pinkett Smith, Kimberly Elise and Queen Latifah costar. On Monday the DocYard is back with two films by Boston filmmaker and Emerson professor John Gianvito, “Her Socialist Smile” (2020), chronicling activist Hellen Keller’s political undertakings, and “Profit Motive and the Whispering Wind” (2008), a visual meditation on Howard Zinn’s revered textbook, “A People’s History of the United States.” Gianvito will be on hand to talk about both films and cinema of resistance. Tuesday is a memorial of sorts presented by the Revolutions Per Minute Festival for the life and works of 16 mm and 8 mm experimental filmmaker Luther Price (also known as Tom Rhoads), who died in June 2020. And The Brattle expands on National Silent Movie Day with Buster Keaton’s “Seven Chances” (1925) and Paul Leni’s “The Cat and the Canary” (1927) on Wednesday with live musical accompaniment, returning Thursday with Fritz Lang’s 1927 view of the industrialist future we now live, “Metropolis,” as well as Chaplin’s timeless 1921 classic, “The Kid.”

Note: The Brattle has changed its Covid policy, and proof of vaccination or a recent negative test is required for admittance.

Jake Gyllenhaal stars in this remake of the 2018 Danish film, “Den skyldige” that follows a night in the life of police officer Joe Baylor, serving as a dispatcher while he’s investigated for a recent incident on the street. Wildfires rage around L.A. and we hang with Joe at his desk and on the phone for the entirety of the film, much the way we did with Tom Hardy in the brilliantly gripping “Locke” (2013), in which all we got was a troubled exec on the road at night, talking into the Bluetooth of his luxury coupe. Here the result feels coy and manipulative. The most troubling call comes from a woman alleging she’s been kidnapped by her estranged husband. She drops in and out, and the narrative shifts and turns while Joe calls his ex in the middle of the night and is harassed by the press. The film, directed by Antoine Fuqua (“Training Day,” and who worked with Gyllenhaal before with “Southpaw”) boasts an A-list of voice talent for those on the other end of the line that includes Ethan Hawke, Paul Dano, Bill Burr, Eli Goree (Cassius Clay in “One Night in Miami’’) as Joe’s former partner and Riley Keough (“Zola’’) and Peter Sarsgaard as that married couple in crisis. At the Landmark Kendall Square Cinema, 355 Binney St., Kendall Square, on Thursday and coming to Netflix on Friday.

Richard Yelland’s handsome documentary ponders whether a company can do social good in the world while making a buck. The answer, according to a battery of young, woke start-uppers with endless pep, is a resounding yes. The film focuses on ventures looking to shift Amazon-based business away from deforesting for farming and other industrial gains (with plenty of climate change scientists chiming in) to leveraging the haute açaí berry as a magic bullet. It’s a hot topic and a great push, but the solution as presented seems too simple to be plausible, and the film goes on to become something of a social entrepreneurship kumbaya of happy workers in South America and Africa getting fair pay and needed educational and life-sustaining resources such as clean water. It’s uplifting and hopeful, to be sure, but skewed; no counterarguments, failures or testimony from developing countries are explored; all we get are happy, shiny faces doing good and lots of start-up branding. On Amazon Prime.

I guess you could say the erotic thriller is back (think “Basic Instinct” and “Dressed to Kill”), but there are usually more misses (“The Canyons” or “Sliver”) than hits in the genre and this one from Michael Mohan, lifting heavily from Hitch’s 1954 classic “Rear Window,” is more the latter. Pippa (Sydney Sweeney) and Thomas (Justice Smith) are an idealist millennial couple who have just moved into a large Montreal studio with views into neighboring flats. One couple they get moth-drawn to are Seb (Ben Hardy) and Julia (Natasha Liu Bordizzo), model-perfect humans who have steamy sex out in the open. Natch, the tease of looking turns into doing, and Pippa bonds with Julia professionally but also learns through her snooping that Seb is having others over for recreational carnal knowing. Pippa makes a fateful decision that alters the course for all involved. The twists that ensue (social media playing a part, as you might expect) are fairly neat, as is the staging and cinematography; the bigger issue here is this that these four comely beasts have no soul – they’re vacuous poseurs with no discernible desires outside the imprisoning walls of their egos. It’s “Eyes Wide Shut,” except when taboo bumpings are going on across the alleyway. On Amazon Prime.