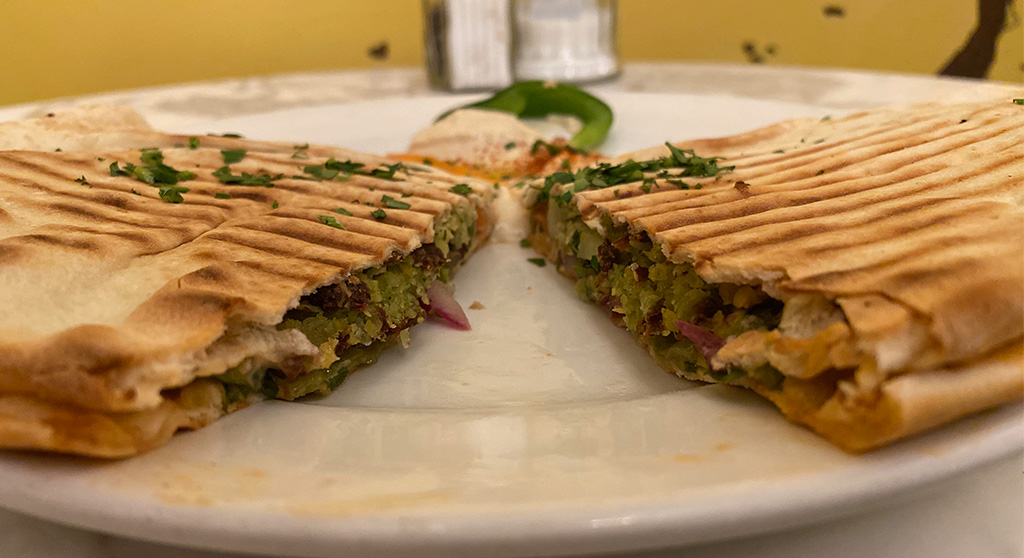 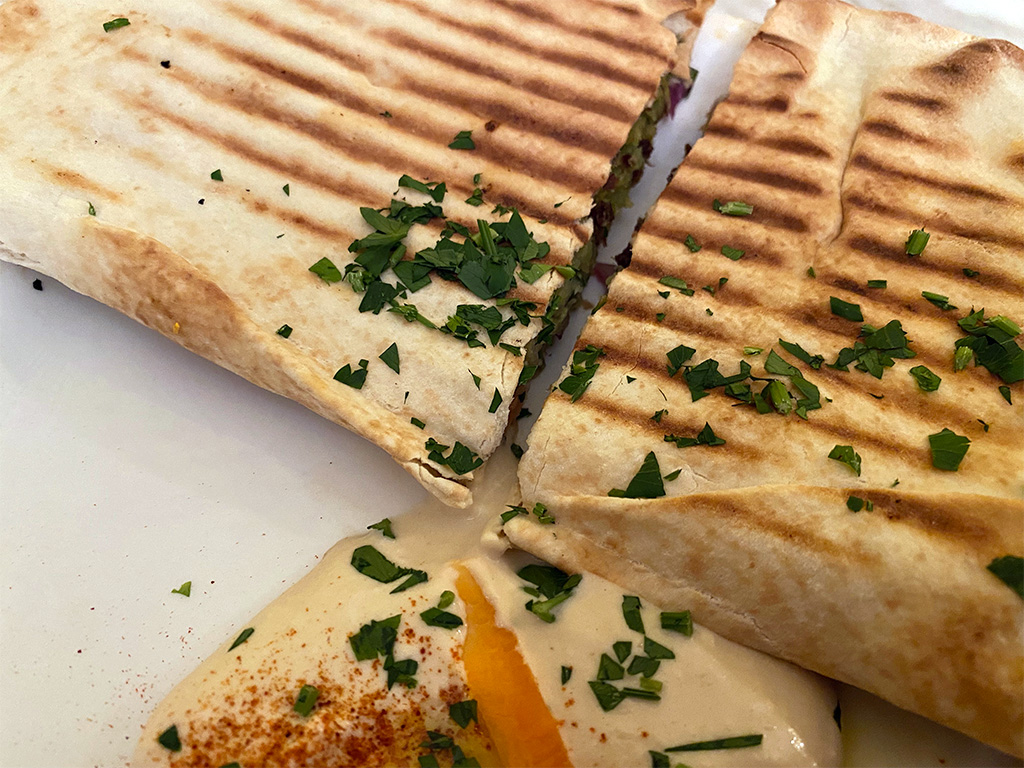 I’m still smiling on the inside from having walked into Andala Coffee House the other day. I was hangry, with falafel on my mind, and running an errand that brought me to River Street and Western Avenue, where the Jerusalem cuisine cafe sits.

On its breakfast menu are omelets and your essential waffles and pancakes with fresh fruit options. On the Mediterranean side of things are shareable starters of goat cheese and honey, foule (fava beans with lemon and herbs) and Jerusalem hummus. Naturally, by mandate, there’s lentil soup and kebabs and shawarma plates. Intriguing bigger eats include the shrimp ma’ali (prawns cooked with with tomatoes, garlic, ginger, parsley, jalapeños and lemon juice) and kofta besiniah (baked ground beef mixed with fresh parsley, onions and garlic atop a bed of rice). On the sandwich slate, the avocado press and merguez (homemade lamb and beef sausages with tahini sauce, lettuce, tomatoes, onions and pickles) draw the eye. And of course, this being a coffeehouse, there’s a vast drink and coffee list that features classic Turkish and Arabic offerings as well as fresh juices and smoothies.

About that falafel sandwich: I was a bit crestfallen to learn that it didn’t come in a wrap, but in a pita. I was imagining a doughy pocket, but to my surprise the the pita was super thin – like a laffa or tortilla – and grilled with very green, flattened falafels and veggies inside. It was fresh, savory and unique, and I really appreciated it being served warm. It came with a side of grilled vegetables and some of that rich, smooth Jerusalem hummus, which made for a perfect dip and spread. That quick nosh was one of the best falafel experiences I can recall in the recent past.

Andala set up shop in Central Square back in 2007 boasting cozy, old-world decor the way Cafe Algiers did in Harvard Square. It’s got two levels and a trellis-covered outdoor patio. Poetically, Andala helped out running Algiers for a brief period in 2016, before the space was claimed by Alden & Harlow’s management and turned into the Longfellow Bar – a play that was controversial at the time. To me that’s a distant memory, and what’s on my mind is that falafel feast and a near future trip to Central Square.