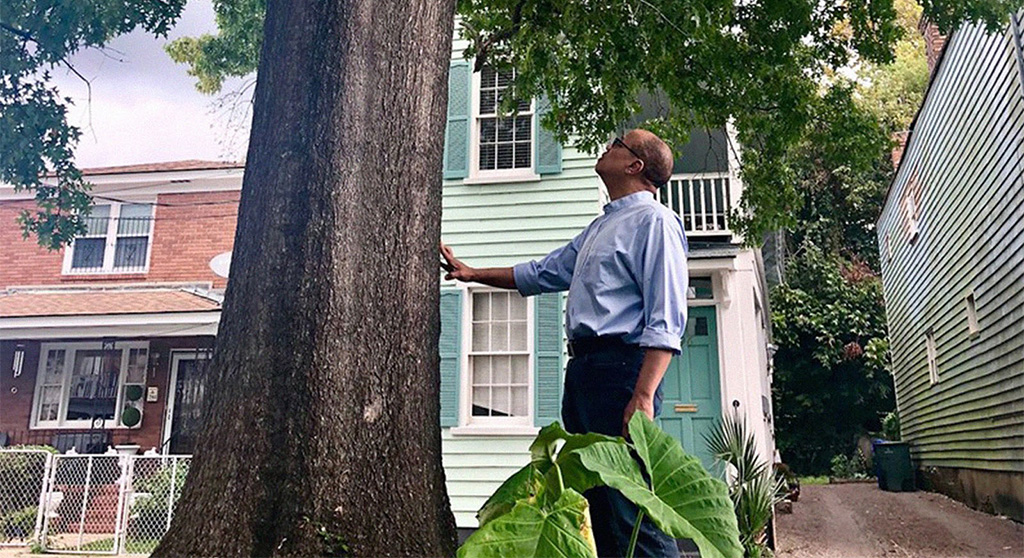 Much goodness rolls in to The Brattle Theatre this week with the Deborah Kerr Centennial Tribute bringing screenings Tuesday through Thursday of the indelible classics “Black Narcissus” (1947), Michael Powell and Emeric Pressburger’s adaptation of Rumer Godden’s novel starring Kerr as a nun in a mountain-high Himalayan village and Kathleen Byron in a brilliant turn as a fellow sister losing her sense of reality; “An Affair to Remember,” the timeless 1957 romance pairing Kerr with Cary Grant and an iconic turn by the Empire State Building; and “The Innocents” (1961), Jack Clayton’s spin on Henry James’ “The Turn of the Screw,” with a script contribution from Truman Capote.

The GlobeDocs Film Festival begins Wednesday and hits The Brattle’s screen starting Friday with some provocatively topical entries, many dealing with race and cultural division and most screenings featuring a follow-up conversation with the filmmakers in person. (Remember: The Brattle has changed its Covid policy and customers need to show proof of vaccination or a recent negative test result.)

First up is Emily and Sarah Kunstler’s “Who We Are: A Chronicle of Racism in America,” which follows historian and civil rights attorney Jeffery Robinson as he looks back on the timeline of anti-Black racism in the United States, from slavery to the modern myth of a post-racial America. Stanley Nelson’s centerpiece documentary “Attica,” about the infamous 1971 prison riot, is Saturday.

Close to home is “Free Renty: Lanier v. Harvard,” David Grubin’s chronicle of of Tamara Lanier’s legal battle against the World’s Greatest University to cede possession of daguerreotypes (old-school photos) of her great-great-great grandfather, the enslaved man of the film’s title. Those daguerreotypes were commissioned in 1850 by none other than professor Louis Agassiz in his quest to “prove” the superiority of the white race. Agassiz has long been the subject of controversy, and in 2002 his name was removed from a Cambridge school. Last year, the surrounding neighborhood followed suit, and its Agassiz Neighborhood Council and Agassiz Baldwin Community organization have decided to drop the name in the near future.

A derivative slasher flick with elements lifted from “Scream” (1996) and “The Hunt” (2020) but sans any of their genre-defining resonance. Directed by Patrick Brice (“Creep”), co-produced by James Wan (“Saw,” “Aquaman”) and set in small-town Nebraska (adapted from Stephanie Perkins’ novel), the film opens with a high school football jock getting stalked and slashed in his house. It’s a neat convenience that his parents aren’t around too. Where are they? you might ask. At the football game he should be playing in, which is interrupted by a video of the jock beating and hazing a fellow player who’s gay. Is his murder an act of social justice with a knife, or maniacal mayhem? A bit of both, and the bodies of elitist haters pile up – including the unassuming, fresh face who hosts a white supremacist podcast anonymously. The killer in all cases wears a 3D-printed mask of the victims, making it death by your own social sins or something like that; the woke angle is more pose than provocative social critique. To that point, the movie includes a rave scene in which Nazi paraphernalia is turned into pot-smoking apparatus. On Netflix.

Jessica Earnshaw, a photographer turned documentarian, follows the travails of the title character, a 26-year-old woman in a Maine correctional facility for drug use and other crimes. Her bestie in the joint is her mother, who taught her how to fight, steal and scrap her way through life. They look and feel like sisters, which is a stark tell. Jacinta’s also a mother herself, and at one point remarks to the camera that she wants the film to be a “success story.” Whether it is depends on your definition and where you stand. “Jacinta” has a definite arc, and you want to root for its star. The portrait of addiction, the cycle it creates and the shackles it slaps on those caught in it may be an eye-opener for the unknowing, but it’s not without hope. On Hulu.

Valdimar Jóhannsson’s feature debut cast shades of Robert Eggers’ 2015 indie art horror hit “The Witch.” Sure, different eras and different locales, but in tone and texture both depict the quietly idyllic life of living off the land even as inhuman horrors take root in the barn. Here María and Ingvar (Noomi Rapace and Hilmir Snær Guðnason) are a childless couple who run an isolated sheep farm in the grassy hills of contemporary Iceland. It’s breeding season, which deepens their lament for a child, when one night – and without much of a glimmer how and why – a ewe births a half-human, half-lamb creature. They call it Ada, and despite the begging questions, carry on quite tranquilly until Ingvar’s brother and the supernatural forces behind it all show up. It’s a deeply moody piece driven by the pall of melancholy and gorgeous photograph of the stunning, vast Icelandic green lands. At Landmark Kendall Square Cinema, 355 Binney St., Kendall Square.