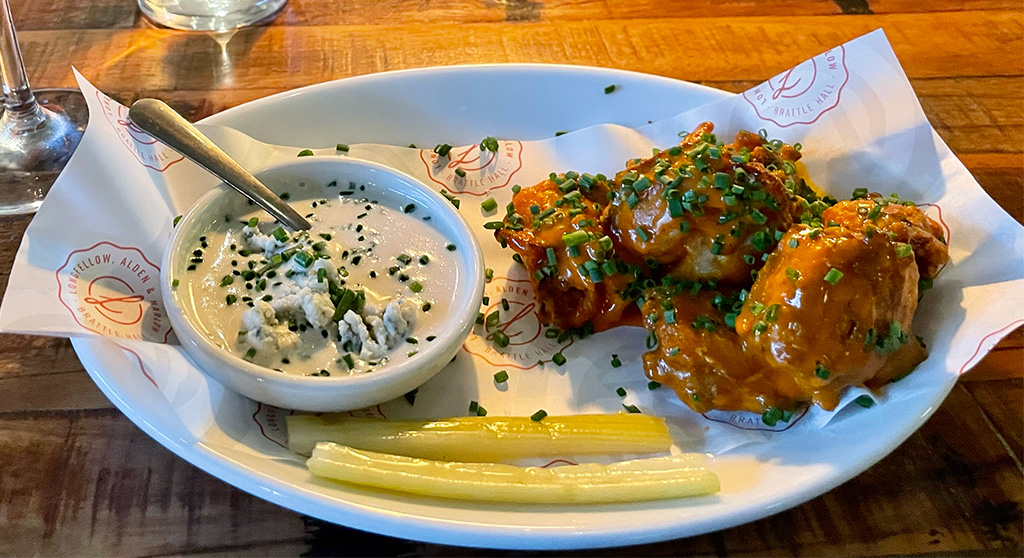 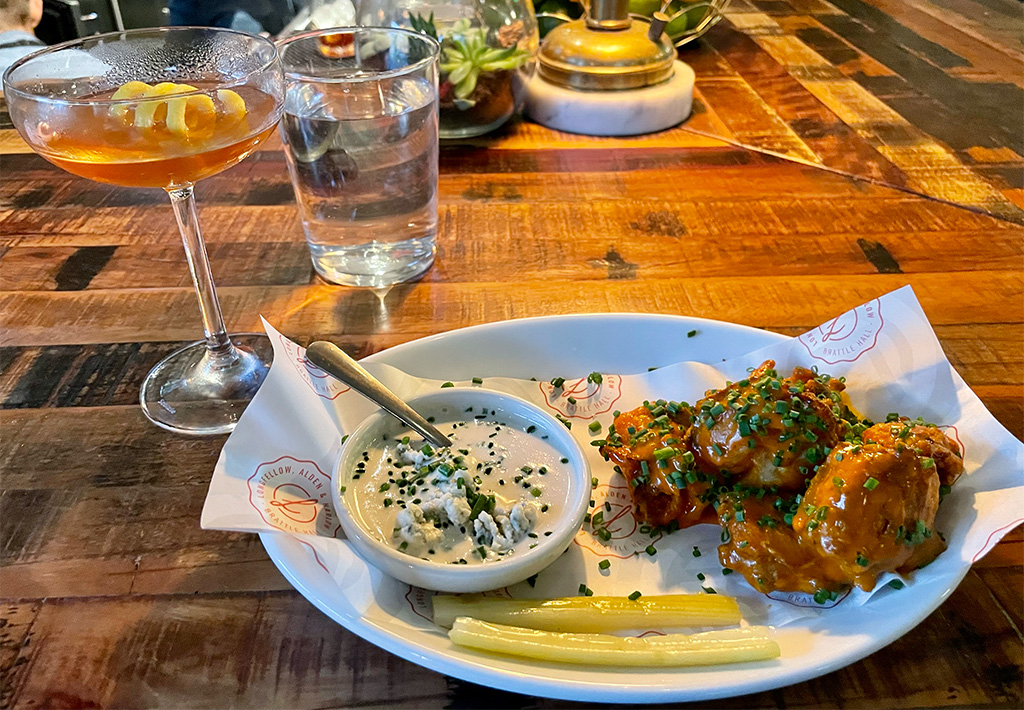 I was sad to see Cafe Algiers close after years of great Middle Eastern cuisine, Arabic coffees and endless pages written. Its Brattle Square replacement in 2019, The Longfellow Bar at Alden & Harlow, makes for a quaint, cozy spot to dash into for a quick bite before a show at The Brattle, A.R.T. or Sinclair, or a drink and a light meal after one. It’s also a place one become can become so enraptured by the casual comfort and allure of the menu’s spins on familiar victuals that you can easily end up chatting and noshing ’til the lights come up. The name of the bar has little to do with the famous poet Longfellow, whose house is just up the way, but Alexander Wadsworth is the nephew of Henry and the partner of architects Frank Alden and Alfred Harlow, whose firm was responsible for many buildings around Cambridge. And now you also know the origins for owner/chef Michael Scelfo’s larger Alden & Harlow eatery below (his group also runs Waypoint, on the southern tail of Harvard Square) in the space that had been the venerable Casablanca bar and restaurant for decades.

A visit to the Longfellow Bar is an intimate affair: there’s warmer, wood decor downstairs and a more open, modernist space upstairs that each sits about 15 patrons, with a few small tables sprinkled around the perimeter. The team of long-tenured servers are friendly and knowledgeable. The drink list is ever-evolving but almost always has a rock ’n’ roll theme to it. Take the Surfer Rosa (a Pixies reference) with mezcal and lime, or the London Calling (The Clash) with gin and chartreuse. My favorite: The Slow Rush, with rye, honey and lemon. The short, small-plate menu has deviled eggs (served upright) that are rich, plump and silky smooth, an Alden burger and a fried chicken sandwich, Thai pigs in the blanket (not your typical wiener in a puff pastry) and the Crab Rangoon “Nachos,” a change-up surprise that’s basically two flat, nacholike crackers piled high with seasoned crab meat and cheese and topped with jalapeños and scallions. It’s more like a crab melt than anything legitimately Mexican, and you can easily eat it with your fingers like a toast or flatbread.

My favorite thing that never leaves the menu are the hickory-smoked wing flats, which I’m told take almost two days to prepare. After one of the wings’ two bones is removed, they are smoked twice before a quick frying, then served with pickled celery spears and a chunky side of blue cheese. I used to be a drumstick-wing man, but Longfellow and a few other places serving only flats have convinced me otherwise. The culinary wisdom is that they cook through evenly, leaving the flat meat more succulent and tender. My daughter, who loves the sweet chili wings from the hot bar at Whole Foods Market, has now instructed me to only bring flats. These Longfellow labors of love are crispy yet wonderfully meaty and tender on the inside, and despite that one bone to get your finger grip on, you still get super messy. After an order, I often need to go to the washroom to clean up before putting my greasy mitts on a pristine glass of wine. The trick is slipping a Covid mask on first without getting sauce all over it.

Summer and the holidays, when school is out and there’s less foot traffic, are good opportunities to frequent the limited-capacity Longfellow Bar to ensure a seat for a tasty batch of those flats.