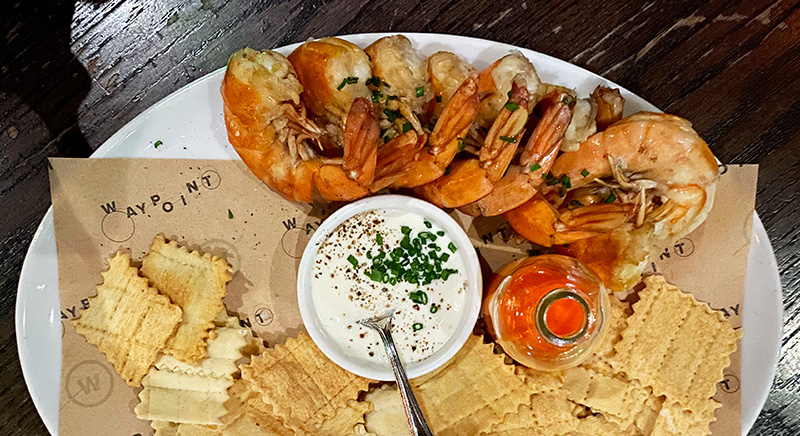 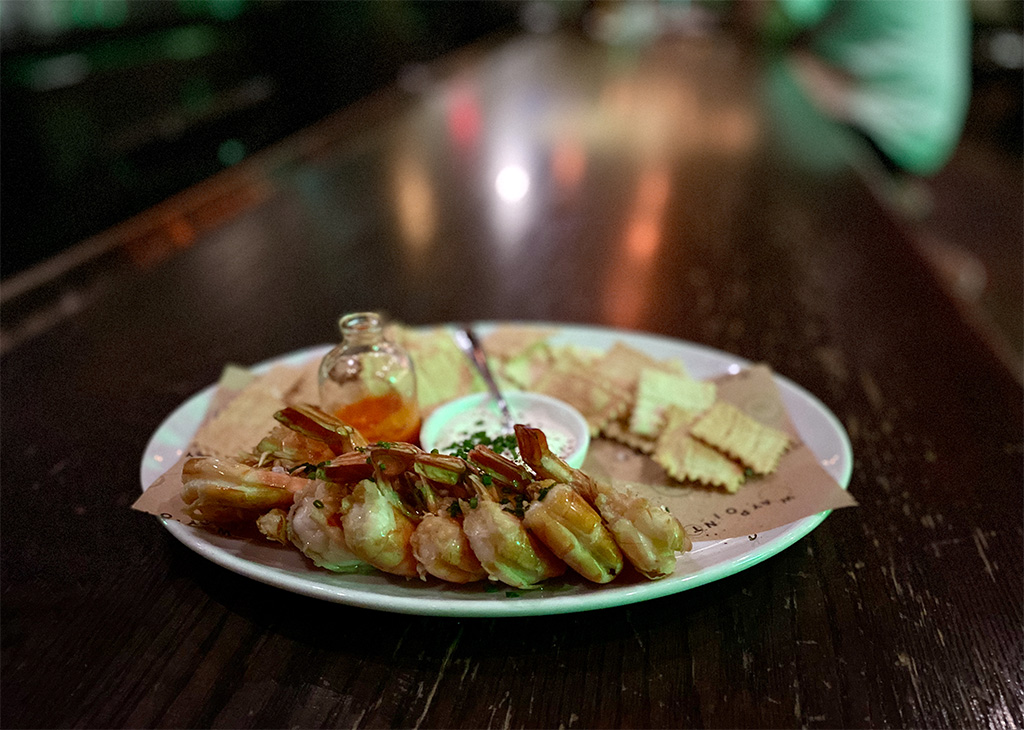 After just seven years, Alden & Harlow feels like a bona fide Harvard Square institution. Yes, I sorely miss Casablanca, but chef Michael Scelfo’s changeover feels like it honors the spirit of the old haunt while helping define the fabric of the new square with some haute takes on cuisine and cocktails. I’m not here to discuss his Brattle Square eatery, though, but Scelfo’s second restaurant, Waypoint, down the street at the merger of Massachusetts Avenue and Mount Auburn Street. Waypoint feels like a cozy yet pleasingly eccentric Spanish tapas joint, but specializes in seafood. In addition to the giant, central raw bar, its menu has small plates, pasta, clam and smoked whitefish pizzas and mains such as squid ink and Jonah crab pastas and grilled octopus and whole lobsters.

One of my favorites at Waypoint is the Smoked & Salted Peel & Eat Shrimp. The cooler-than-room-temp prawns don’t taste smoky or salty, just perfectly succulent, and come in generous portions with house hot sauce to drizzle on and buttermilk to dip into. You’ll have good, tasty fun trying all the combinations. They also aren’t hard to peel, unlike at some other restaurants: Waypoint makes it easy to get at the succulent meat by giving the shells a Johnny coat cut – split down the back like a hospital gown.

Of note that’s not de la mer, on the pasta slate there’s black truffle raviolis with creamy robiola cheese, wild mushrooms and smoked reggiano. If you’ve never had black truffles, they’re addicting. The O’re pizza at Gran Gusto is made with black truffle pate, and got me hooked; this pasta dish is a reason Waypoint will remain a culinary beacon in my mind. Smooth, oily and rich, it’s the caviar of the mushroom world.

Waypoint serves as a seafood go-to in an area that has fewer options since Legal Sea Foods left The Charles Hotel. The only other true sea-themed eatery is The Hourly on Dunster Street.