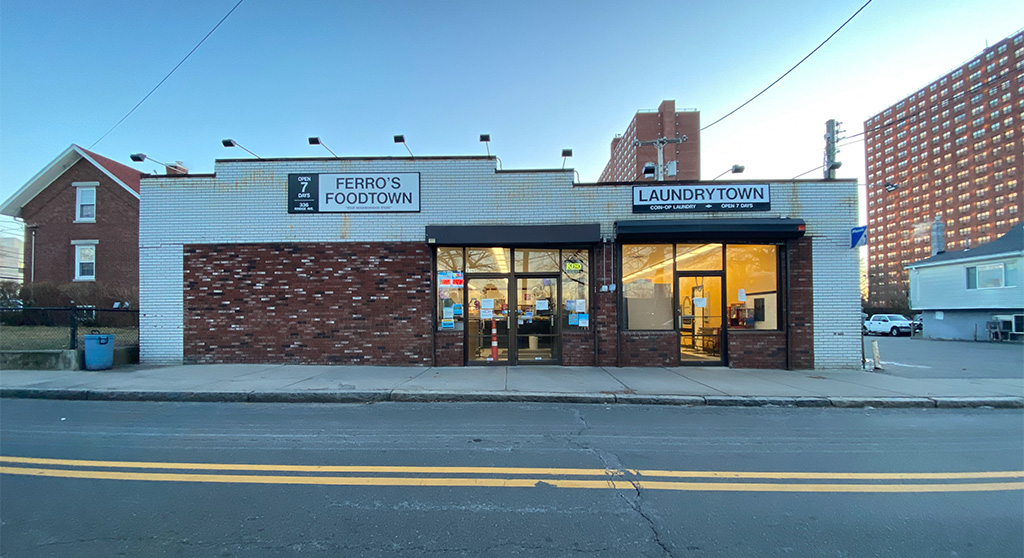 By Rosa Sakhapour and Marc Levy 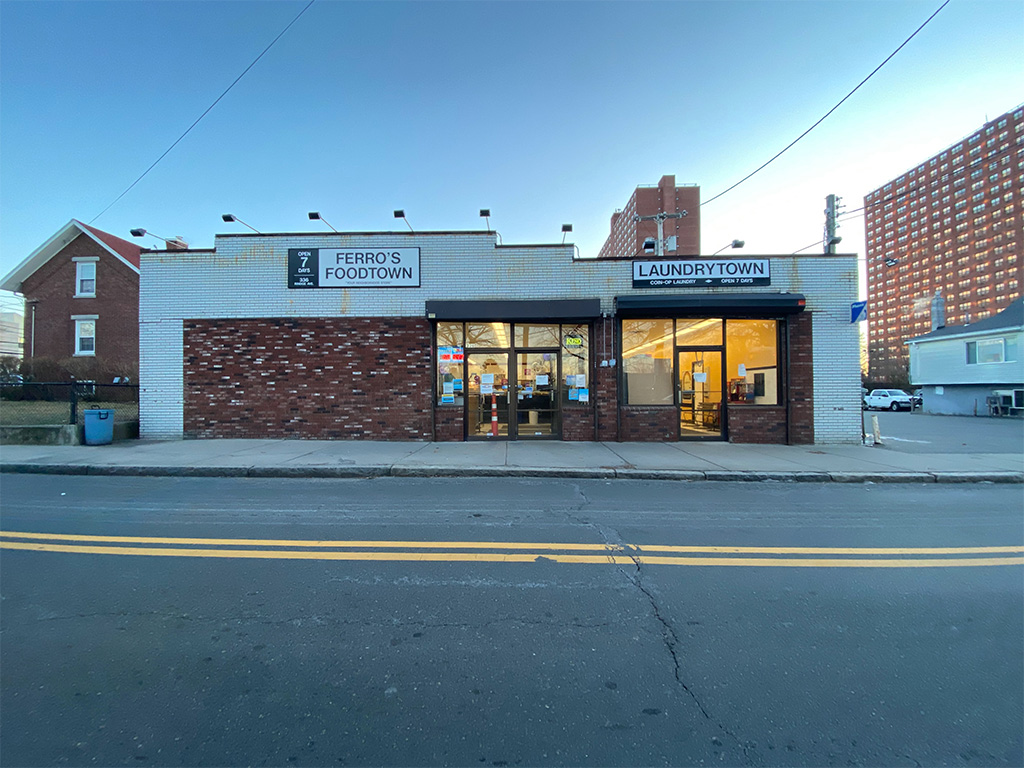 Joe Ferro, owner of Foodtown, the attached Laundrytown and the lot around it at 336 Rindge Ave., in North Cambridge near Alewife, said Monday a sale is being finalized now to buyers who “plan on running the store and keeping things the same,” though with “a bit of facelift to modern things up.” The price couldn’t be disclosed under the terms of the sale, Ferro said. 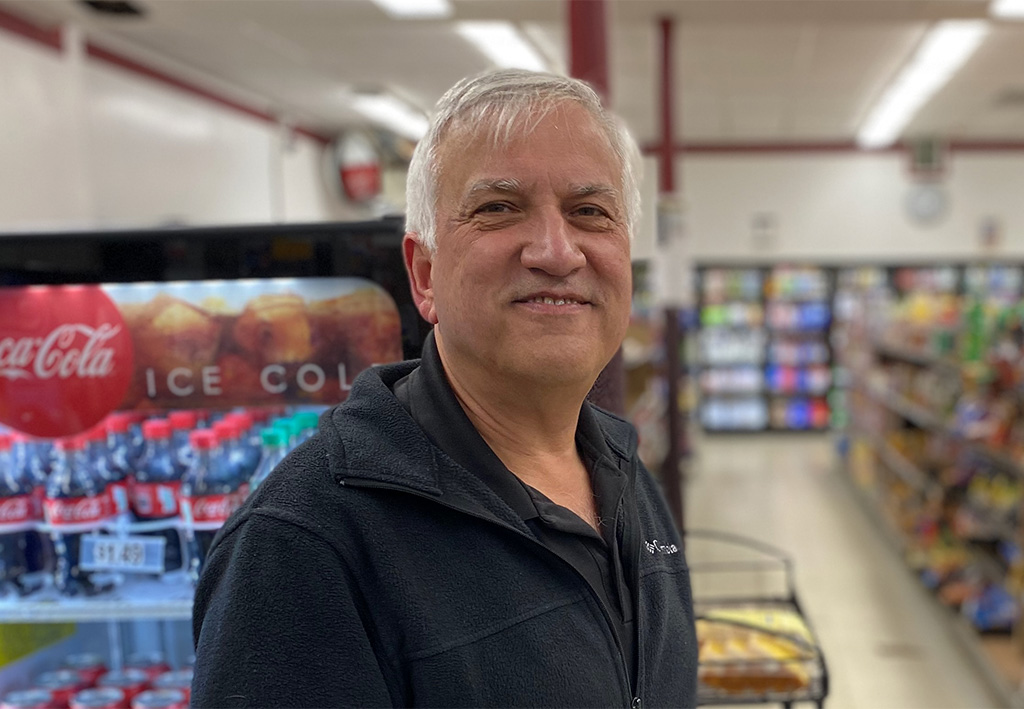 Joe Ferro has worked at Foodtown since he was 10, and took it over from his father in 1985. (Photo: Marc Levy)

The buyers have expressed interest in adding products and services that will cater to an even more diverse group of shoppers, he said, with changes and possibly new employees coming incrementally over the next six months.

The store already offers a variety of food and household staples along with its coffee, lottery tickets, and back-of-the-store deli that has evolved with the neighborhood. Ferro includes items that cater to a variety of cultures to help people feel more at home, with Ethiopian injera pancakes being a more recent addition. “It’s an incredible place. I don’t know any place like it anymore in Cambridge. This place has everything,” said James Williamson, a resident of Jefferson Park. “It’s the only store around, and it’s the heart and soul of the community … you have a connection to others within the community through a place like this.”

There are more than 1,050 units of affordable housing around Ferro’s, with more planned by the Cambridge Housing Authority at Jefferson Park and by Just a Start for the current parking lot at the Rindge Tower Apartments.

With so many lower-income people in the area, residents hoped to see a Stop & Shop leaving in the late 1980s replaced with a Market Basket – but they got a Whole Foods Market instead, said Patricia Cosola, founder of the Fresh Pond Tenants Association. A Trader Joe’s that opened nearby didn’t help. “They’re outrageously priced. That’s more for people who live in Belmont than North Cambridge, at least until [developers] started building so many new apartments,” she said. “And maybe it’s okay if you have a car, but what happens when you don’t have a vehicle and it’s snowing out? A person with a disability can’t go over that bridge in the wintertime.”

Prices at Ferro’s are only pennies higher than you might find at a Star Market or Market Basket – which is unusual in a small store with a captive market, Cosola said, but “Joe was a really good owner, and committed to the community.”

The store also hires locals, shoppers said, and is one of the rare stores where the owner is on-site frequently. Neighbors found near Foodtown on Tuesday said the store was essential in mundane emergencies, such as when you ran out of an ingredient, and more dire ones, because Ferro’s tended to stay open late even as storms pounded the area. 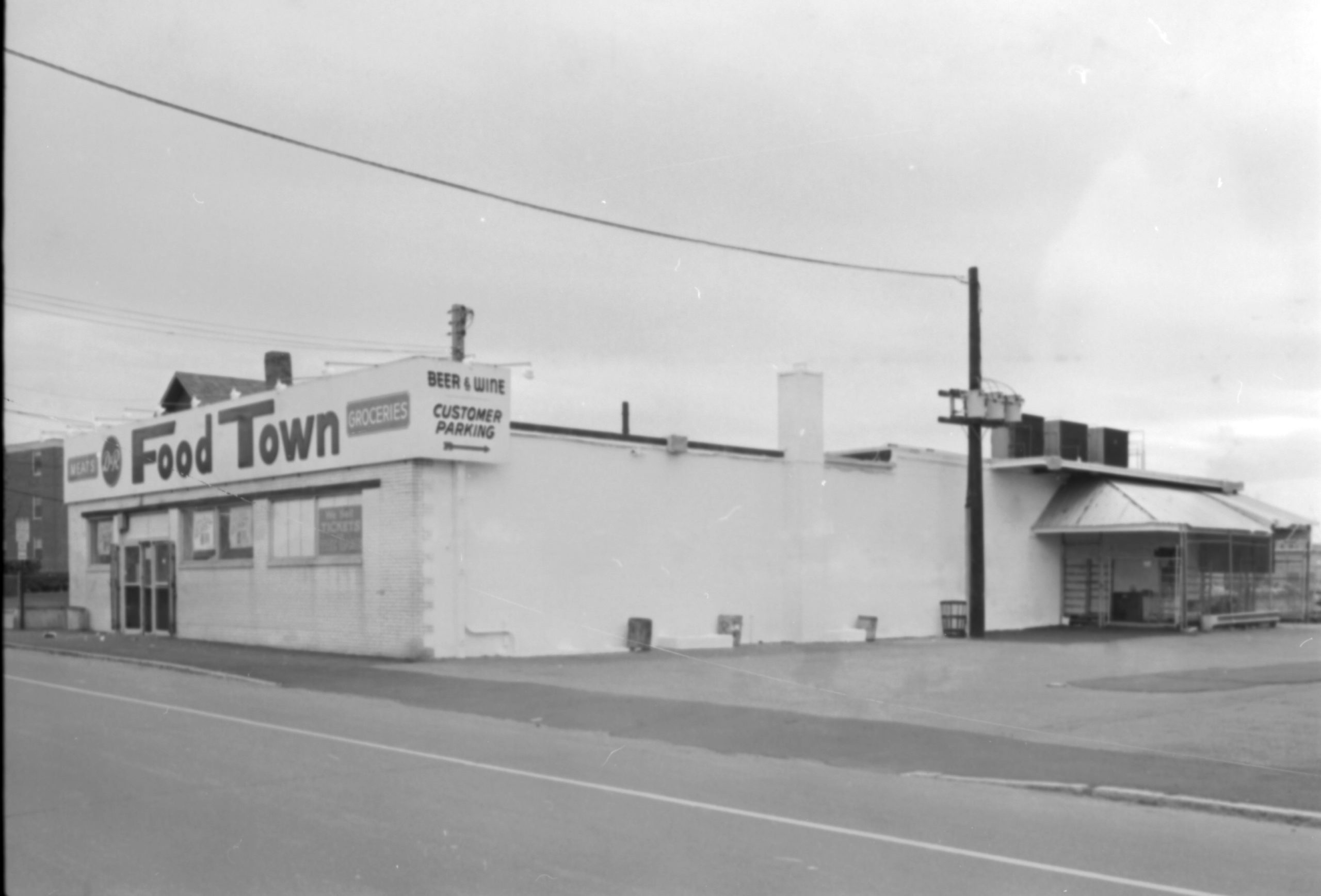 Before Ferro’s, there was the D&R Food Town. (Photo: Cambridge Historical Commission)

Before the store was Ferro’s Foodtown it was D&R Food Town, named for the founding Duguay and Robillard families when it opened in 1953, according to the Cambridge Historical Commission. Ferro puts the opening at 1945, when his family – then living in East Cambridge – had a store where North Cambridge’s City Paint & Supply now stands, at 2564 Massachusetts Ave. As early as 1955, Ferro’s father bought out the two Robillard brothers; by 1965 the store was his alone. Ferro, who said he began working at the store when he was 10, took it over in 1985.

The parcel covers 9,699 square feet, including the 6,392-square foot store and a basement of the same size. The 1940 building was assessed this year as being in poor condition. Ferro looked at redeveloping the property himself over the years, putting up a multistory building with Foodtown at its base. “When I first started looking at it, I thought it was going to be in the $3 million or $4 million range. And then costs went substantially higher than that,” leading Ferro, 67 and now living in Bedford, to sell with the goal of enjoying retirement.

“I’ve been working seven days a week for a long time. And there have been a lot of years without vacations. So I owe my wife and family some vacation time, and we plan on doing some traveling. And I have a new granddaughter, so we’re looking forward to spending some time with with her as well,” said Ferro, who described dissuading his children from following him into the business because of the commitment it demanded. 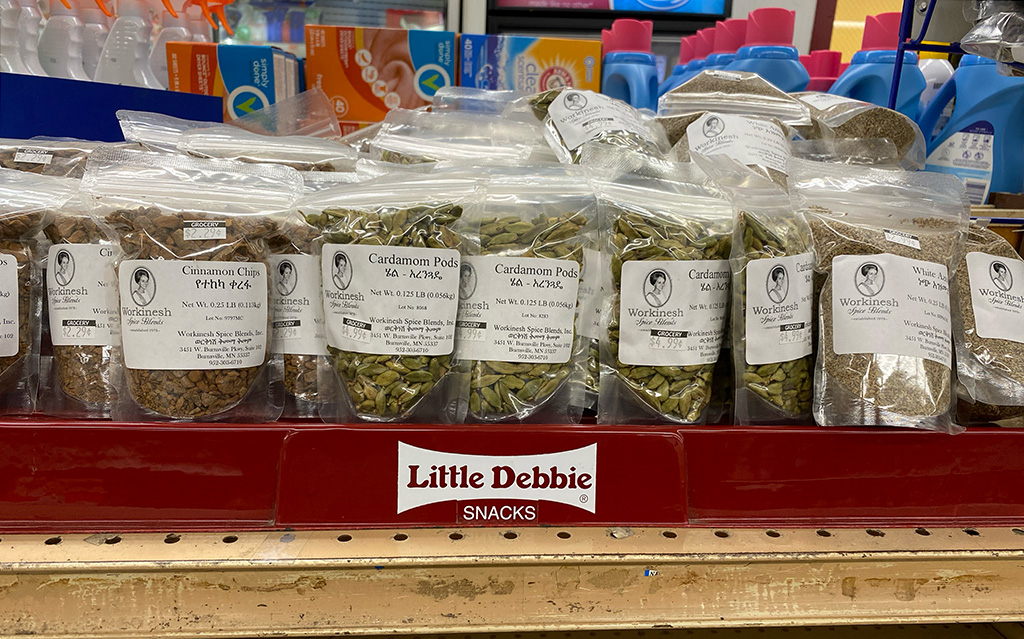 The transition to new ownership has been going on for a few weeks, and Ferro expected to stay on for another few weeks.

Williamson said he was happy for Ferro, but concerned about the possible loss of neighborhood feel under new ownership. “He’s a wonderful guy. I don’t think he’s happy about selling, but I also think he’s decided it’s the right thing to do for himself at this point in his life,” Williamson said. He sees the sale as a symptom of a larger encroachment by developers, happening mainly on the other side of Alewife Brook Parkway around the Alewife T station, and worried whether new owners would develop the land in a way that will feel out of scale with its surroundings.

He’s not the only person worrying about Foodtown after Ferro. “I hope the the new owner is going to honor the promise he made Joe” to keep prices low and the stock diverse, Cosola said. “I don’t see that happening. I’m praying for it, but I think we as a neighborhood are going to feel a great loss. I know Joe will will feel really bad about it.”

Mayor Sumbul Siddiqui grew up in Rindge Avenue public housing. “I remember going to get snacks throughout my childhood at Foodtown. It is staple in many of our childhoods,” Siddiqui said. “I hope that the new owners will continue the same tradition of being a place that is accessible and affordable to the community.”

Ferro will have no say in what happens to his family’s store after the sale. After Fresh Pond Market in Huron Village was advertised for sale in 2018, owners Marc and Crosby Najarian said it was important to them that the buyer keep the shop as it had been since 1922: a neighborhood grocer. That worked out at first with a sale to Formaggio gourmet shop owners Ihsan and Valerie Gurdal, who planned to keep both locations and uses. But the rising costs of renovations and economic toll of the coronavirus pandemic forced the Gurdals to close their smaller shop nearby and combine the businesses in the Fresh Pond Market space at 358 Huron Ave. That left less space for household goods such as batteries, diapers and toilet paper.

As longtime small grocers in Cambridge, the Najarians and Ferros are friendly. “I was talking to Marc the other day – he went to high school with my brothers and sisters,” Ferro said. When Fresh Pond Market was selling, Marc Najarian called for Ferro’s opinion; when he heard Ferro was selling, he called again. “He said you give up things but find you have more time for family. And he has eight grandchildren.”

“It all struck me,” Ferro said. “It’s difficult to leave because you develop relationships with people, and some of the people here I’ve known since they were born. It’s tough to say goodbye.”