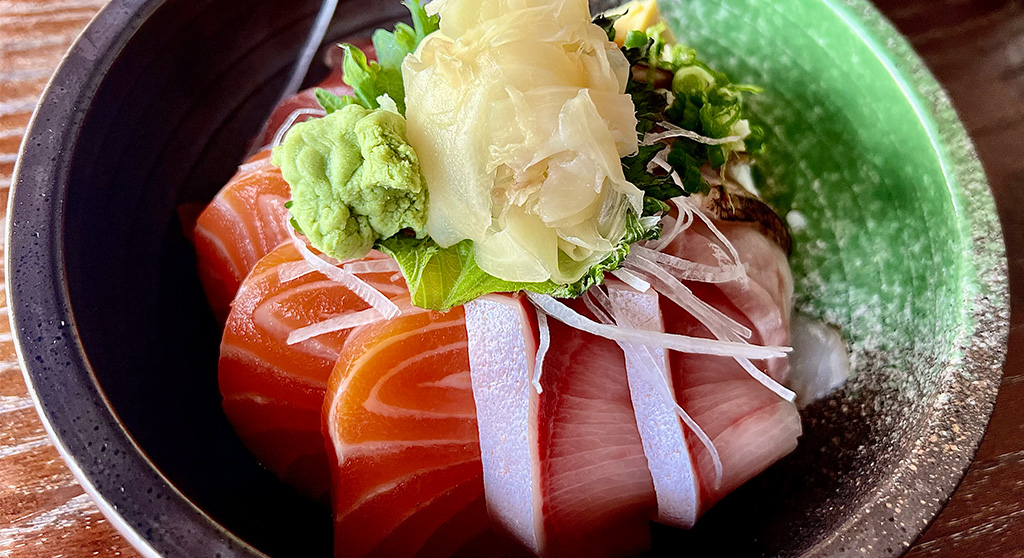 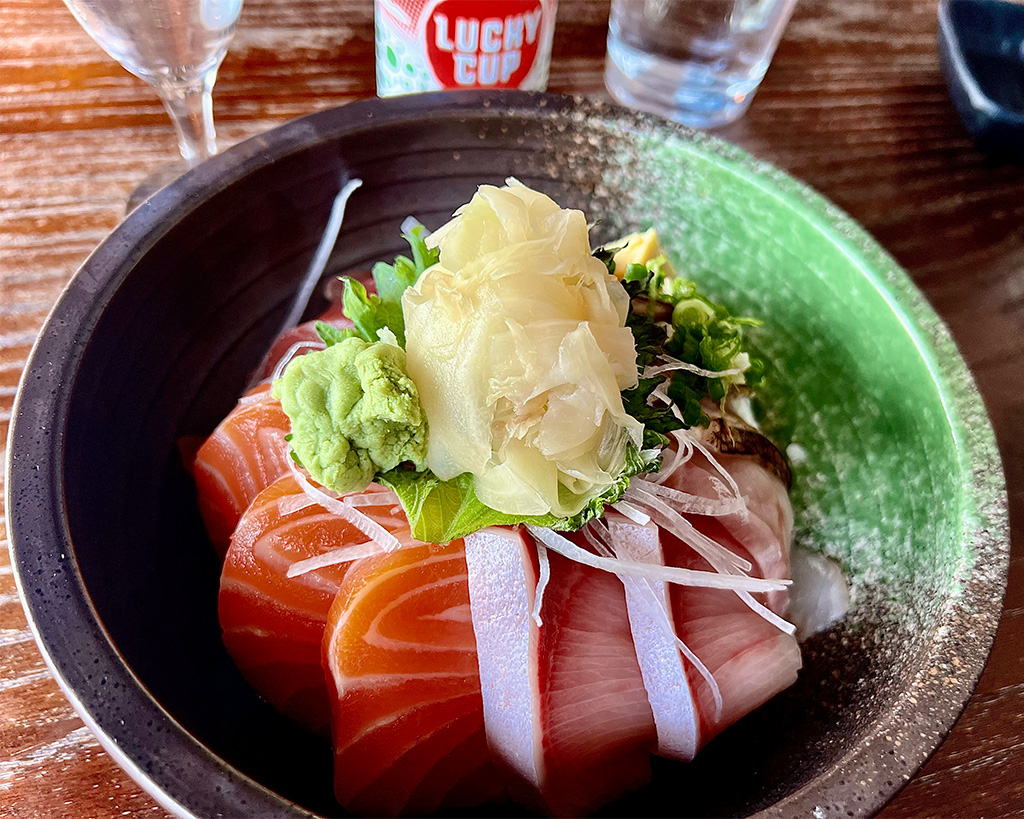 One of the most under-the-radar secrets when it comes to sushi is Ebi Sushi in Somerville’s Union Square. When folks think of raw fish this side of the Charles, the first thing on their mind is usually Cafe Sushi, nominated multiple time for the James Beard award, and Umami, the excellent omakase-only sushi restaurant in North Cambridge. Ebi’s in that conversation, a quiet, quaint outpost on Washington Street near where the new Union Square T station is dropping in. The menu is diverse as far as Japanese cuisine goes, with udon bowls, teppanyaki (meats and fish in sauces served on a hot meal skillet – think Cafe Mami in Lesley’s University Hall in Porter Square) and shioyaki (lightly grilled fish) as well as a deep sushi and sake menu.

For me, Ebi’s been a go-to place for lunch. The chirashi bowl under the donburi sushi section (there’s another donburi category for hot rice bowls) is a quick, glorious gobble with generous tender slices of salmon, tuna and white fish (yellowtail and mackerel, generally) amid a mound of moist vinegar sushi rice. The key is the freshness of the fish – and it’s always silky fresh. The word “chirashi” means “to scatter,” and some places take that to heart and dice up the sashimi; not Ebi, and I think it works better this way. On Ebi’s sushi menu there are omakase offerings of five and 10 pieces that I’ll be back to try, because I enjoy the surprise and wonderment of new flavors and tastes that come with the “chef selection” serving.

Jose Garcia, a veteran of Bluefin in Lesley’s University Hall – now replaced by Izakaya Ittoku – opened Ebi (“shrimp” In Japanese) in 2011, remodeled it last year and is opening a second raw-dining spot in the Fenway area soon. The appeal of the redesigned digs and the sheer joy of omakase has me thinking of a dinner trip soon.