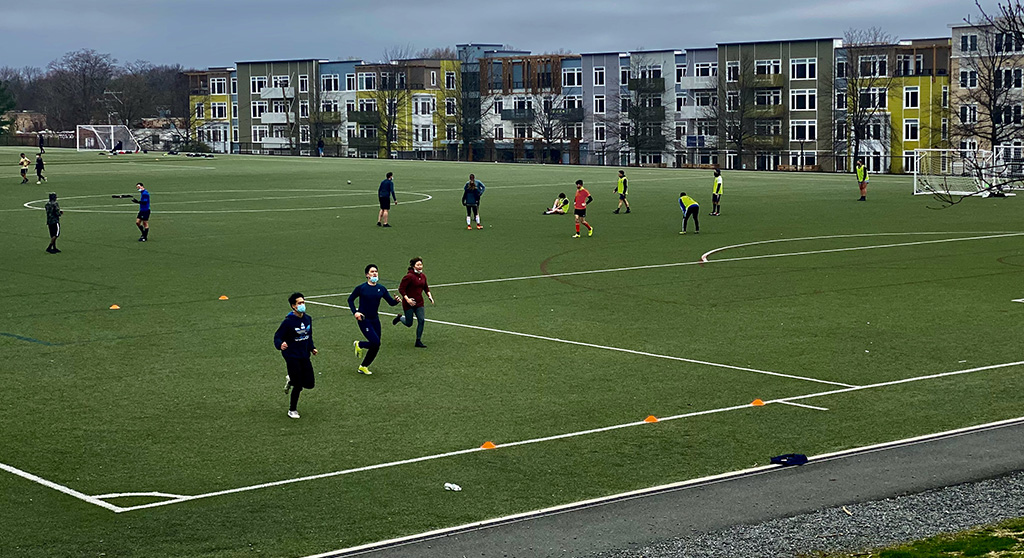 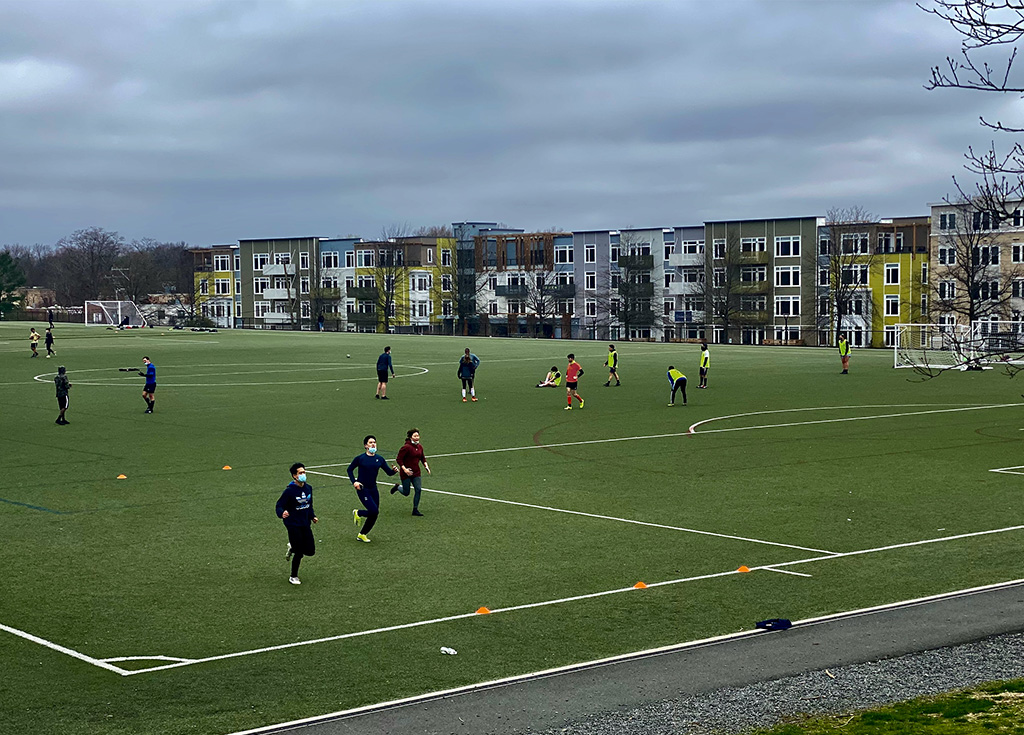 Danehy Park in Neighborhood 9 is due for $11 million in improvements through 2024. (Photo: Marc Levy)

Next city clerk and auditor

City Council special session, 10:30 a.m. Monday. Search processes produced these sole candidates for the next city clerk (Diane LeBlanc, now city clerk in Lawrence) and city auditor (Joseph McCann, the city’s current manager of fiscal reporting), and at this meeting they’ll be interviewed and potentially appointed. The current holders of the roles leave May 31: city clerk Anthony Wilson, who gave notice in September that he would wrap up his three-year contract; and city auditor James Monagle – whose role provides the council with financial information and promotes “an honest, effective and fully accountable city government” – gave notice in January after 20 years. The council meets at City Hall, 795 Massachusetts Ave., Central Square. Watchable by Zoom video conferencing.

City Council, 5:30 p.m. Monday. The MBTA’s proposed Bus Network Redesign was released last week, and though it all looks good so far for Cambridge, there’s an order to dig in and see how it can be improved. Overall, the city expects a 35 percent increase in service and a net increase of high-frequency routes to 10 from five, with lines coming with connections to Sullivan Square in Charlestown; Forest Hills in Jamaica Plain; and from Kendall Square to the Longwood medical and academic area in Boston. Existing routes would also add connectivity, with Kendall and Central squares being the biggest winners. A good thing to keep in mind before a public meeting and open house June 1 in Harvard Square: Implementation takes place from next year through 2028.

With the identification of four finalists to become city manager after Louis A. DePasquale leaves July 5 comes a call to pin down questions for their June 1 interviews with the council. It was a council goal for this appointment to break the streak of white men who’ve led city operations – just as the council has endorsed work to increase “diversity of thought, perspective and lived experience running” among all city staff. That work has produced recommendations, and councillor E. Denise Simmons wants to check in on progress, establish a city “talent officer” for diverse recruitment and job retention and ensure that anti-bias training is part of city hiring practices.

After councillors worked at length to expand use of “Riverbend Park,” which is created by closing off parts of Memorial Drive near Harvard Square to cars, Simmons is trying to undo it, taking away the Saturday closings that were introduced in March. There’s also an order asking when portable toilets will return to parks and playing fields, and a city manager request for $11 million in improvements at Danehy Park in Neighborhood 9, starting with building a 5,400-square-foot facility near New Street to support the girls high school athletic program but including the laying of Internet fiber, repaving the parking lot … and installing a permanent public toilet. The work is due to be done by 2024.

An order on using the city’s remaining $33 million in federal Covid aid, set aside last week, is back; support is asked for a state bill around creation of a public bank, as proposed by local state Rep. Mike Connolly and frequent legislative partner state Rep. Nika Elugardo, of Boston; and there are several letters to the council from residents who want an indoor-mask rule put back in place to fight coronavirus transmission.

City Council virtual roundtable, 6 p.m. Tuesday. Even city councillors get tripped on procedures for running their own meetings. You can get up to speed on Robert’s Rules of Order at the same time as the councillors by watching this training with parliamentarian Ann G. Macfarlane. Televised and watchable by Zoom video conferencing.

Garden Street bike lane community meeting, 6 to 8 p.m. Tuesday. Hear the goals, objectives and timeline for safety improvements to Garden Street from Huron Avenue to Mason Street near Cambridge Common, including separated bike lanes – and get a sense of whether this will be as controversial and divisive as similar plans. Watchable by Zoom video conferencing.

Planning Board, 6:30 p.m. Tuesday. Former city councillor Craig Kelley has zoning to present around new forms of transportation – long a focus of his – that would make Cambridge friendlier to electric-vehicle charging and shared bikes, cars and other “mobility devices,” making their infrastructure allowed by right everywhere except in open-space districts. Expansion plans are back for The Crimson Galeria at 57 JFK St., Harvard Square, next to historic Winthrop Park and home to restaurants such as Bonchon, The Maharaja, Shake Shack and a Veggie Grill. They date back to a 2014 proposal that won a 2015 special permit but was never built; in this tweaking of the plan the two-story building gets three more stories overhead with 40 apartments and would reach 65 feet in height. Also on the agenda is a design update for the adult-use cannabis shop Yamba Boutique at 31 Church St., Harvard Square, once the site of a Starbucks and a Community Phone store. Watchable by Zoom video conferencing.

Finance Committee, 2 to 4 p.m. Wednesday. This committee run by city councillors Dennis Carlone and Patty Nolan will look further into how federal Covid funds known as the American Rescue Plan Act will be used in Cambridge. The city is getting $88.1 million overall and has some $33.1 million left to parcel out. The committee meets at City Hall, 795 Massachusetts Ave., Central Square. Watchable by Zoom video conferencing; a link was not available at the start of the week.