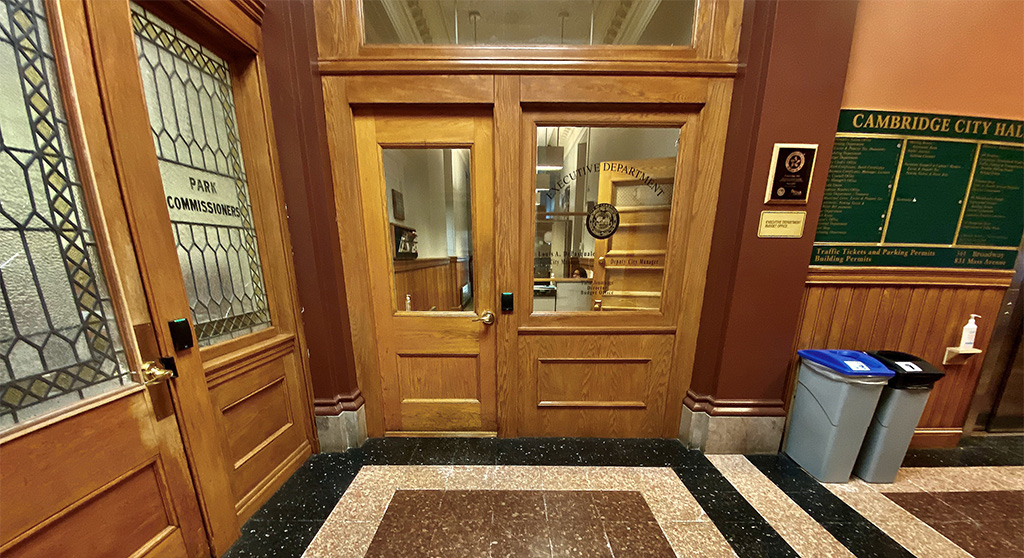 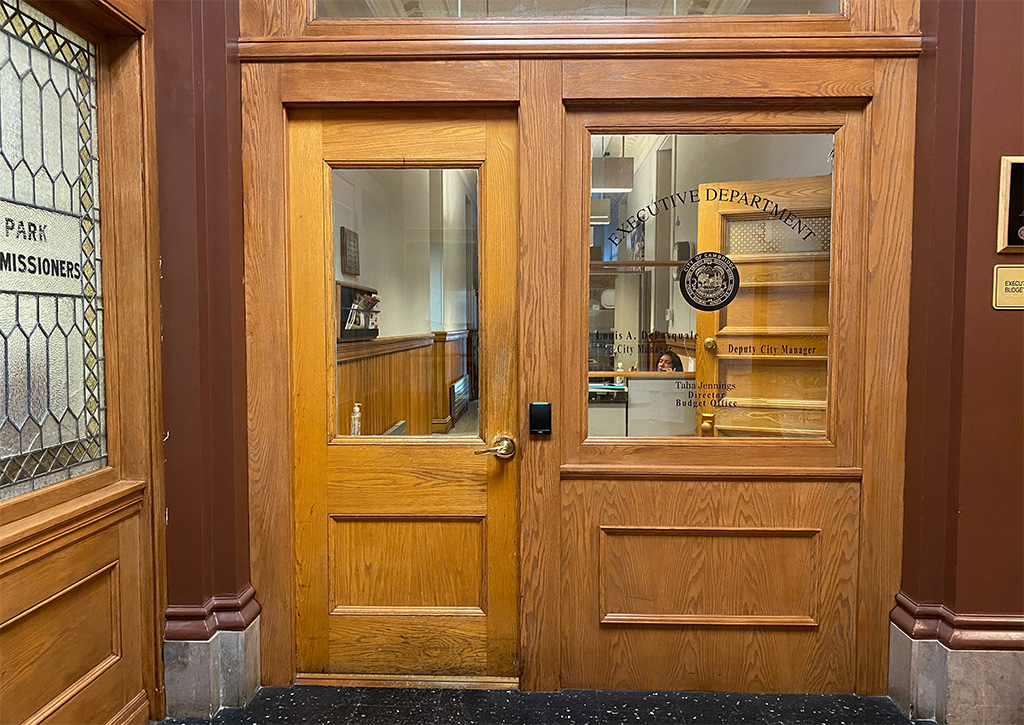 The list of four finalists to become city manager was released Thursday, and it includes one internal candidate: Iram Farooq, assistant city manager for the Community Development Department since 2015.

The other candidates are all Massachusetts residents as well – the city solicitor in Chelsea; a Cantabrigian who is executive director of Boston Medical Center hospital clinical operations; and the town manager of Hopkinton.

The public will have a chance to meet and hear each finalist’s vision for the city and answer questions at a “Meet the Finalists” forum from 6 to 9 p.m. May 31 in Cambridge Rindge and Latin School’s Fitzgerald Auditorium, 459 Broadway, Mid-Cambridge. The City Council plans to conduct public interviews with the finalists beginning at 6 p.m. June 1 at City Hall.

The council is expected to vote to appoint the next city manager June 6 at a special City Council meeting. 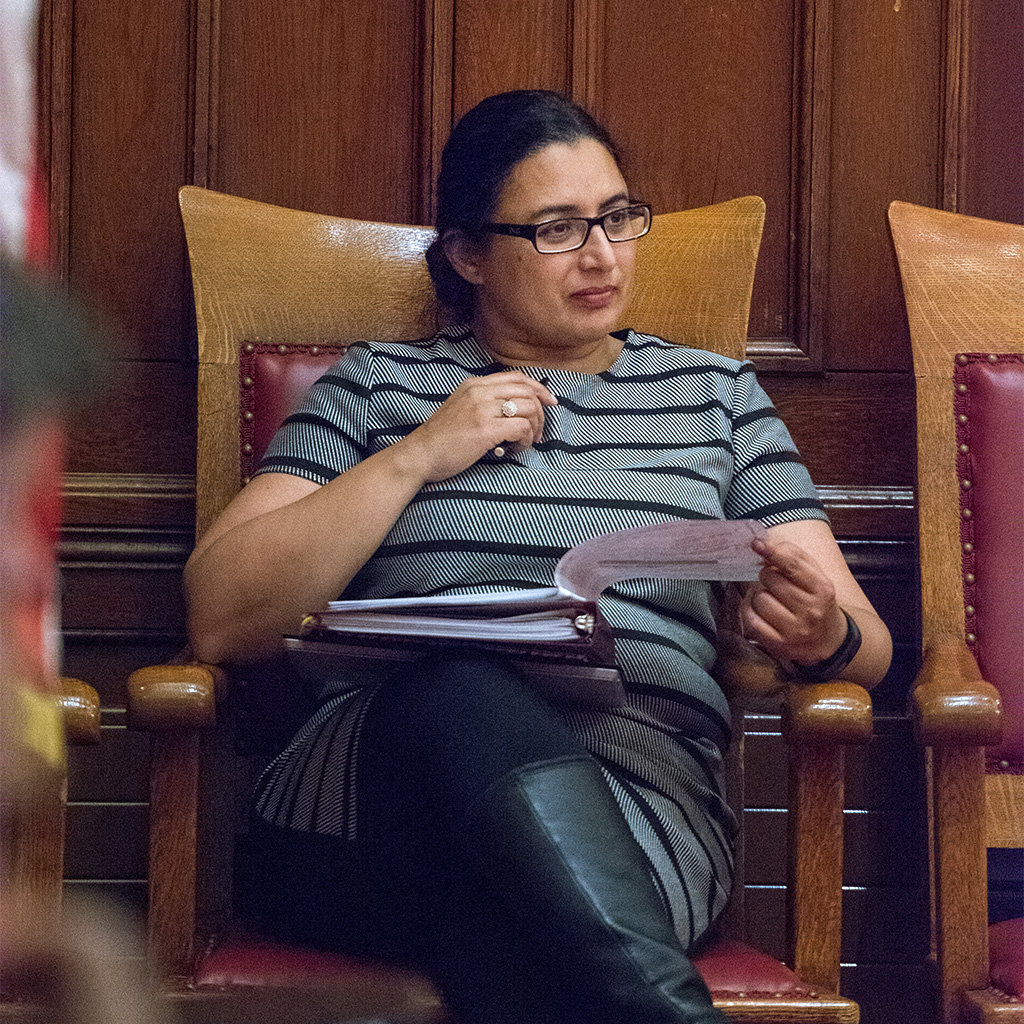 Farooq, who has a master’s degree in landscape architecture with a special emphasis on land planning from Harvard University, started in Cambridge in 1999 as CDD’s senior project manager for land use and zoning, then served as chief of policy and planning.

The other candidates found in a City Council search process and by an initial screening committee led by vice mayor Alanna Mallon are:

Cheryl Watson Fisher, city solicitor in Chelsea since 2003, who would be returning to Cambridge: She served as its assistant city solicitor from 1999-2003 and before that was assistant regional counsel for the state’s Department of Social Services and a field attorney for the National Labor Relations Board in Boston. Fisher, who has a law degree from Boston College, is a Cambridge native and is partner, cofounder and a part-time lawyer at the firm Galluccio and Watson with former city councillor, mayor and state representative Anthony Galluccio.

Yi-An Huang, the executive director at Boston Medical Center, has been with BMC Hospital since 2013. He has a Master’s in Business Administration from Harvard University and, according to his LinkedIn résumé, is a Cambridge resident. In a Harvard President’s Challenge innovation competition in 2012 that crossed over from health care into the realm of governing, he and his wife, Kristin, tackled drug-distribution problems in Kenya, partnering with a nonprofit there to create a system to provide life-saving medications.

Norman Khumalo, town manager since 2009 of Hopkinton – a town with a population of around 16,700 – was before that assistant town manager in Westford starting in 2002 and served for six months as interim town manager. Before that he worked in planning for the state and served from 1993 to 1997 with Oxfam America in the Boston office and in Zimbabwe. He has a Master’s in Public Administration from Carleton University, Canada, and a Master’s in Regional & Urban Planning from the University of Zimbabwe.

The council is also in hiring processes for a city auditor and city clerk; the searches have resulted in single candidates – for clerk, Diane Leblanc, now city clerk in Lawrence, and for auditor, Joseph McCann, the city’s current manager of fiscal reporting. The council plans a special session at 10:30 a.m. Monday to interview and potentially appoint the candidates.

Internal candidates for city manager have been favored heavily in the past; the city is still in what could be seen as a four-decade Robert W. Healy era – meaning that City Manager Louis A. DePasquale and his predecessor, Richard C. Rossi, were internal hires from the tenure of Healy, who took office in 1981, as well as being policy bedfellows.

During September 2020 discussions of a contract extension for DePasquale, some councillors expressed interest in seeing a manager who isn’t a white man – and all the candidates for city manager are people of color. Yet just having an outsider run Cambridge would be a sea change and a potentially huge resetting of the council-manager power dynamic. 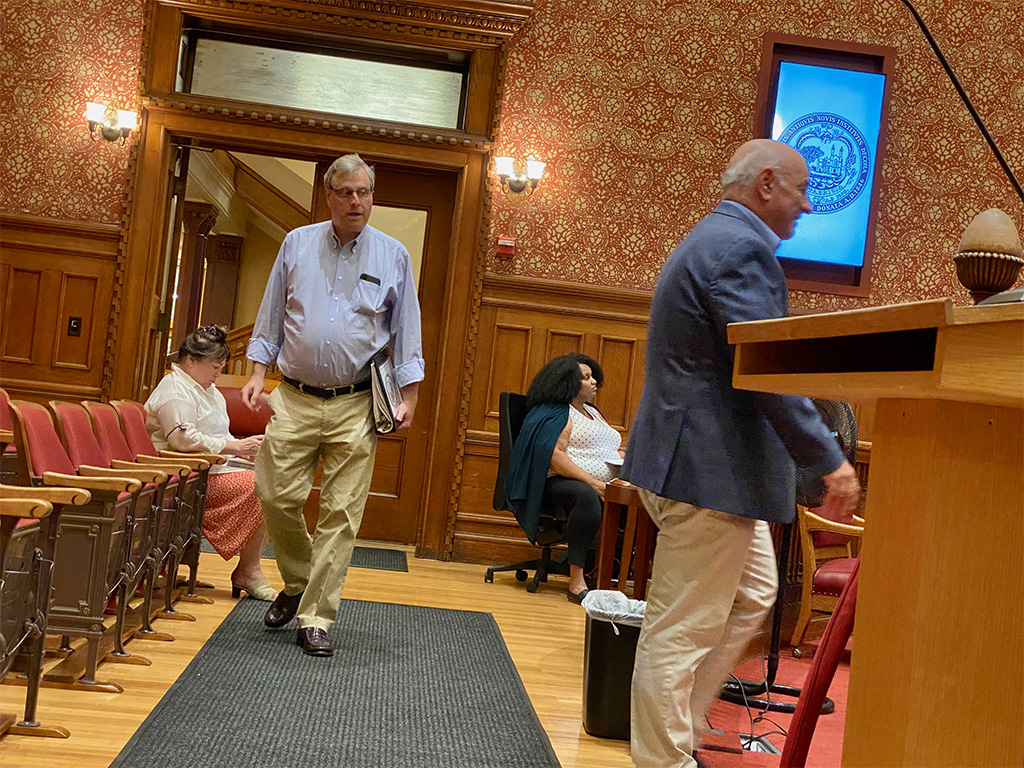 DePasquale got an 18-month contract extension in September 2020 in part because a year wasn’t seen as long enough to run a search for a replacement. The search got into high gear only this January, by which time, assistant city manager for finance David Kale had begun to make more public presentations and speak more for DePasquale. Many read that as an anointment of Kale to replace DePasquale. There’s no indication Kale ever applied for the role, though.

It was widely known that Farooq had put her name in for consideration. The other widely known candidate was state Rep. Marjorie Decker, who was previously a seven-term Cambridge city councillor.

DePasquale leaves office July 5, ending a run of a little over five and a half years; he began his term Nov. 14, 2016, capping a rise in the ranks at City Hall that began in November 1975 as a treasury analyst, becoming budget director in 1982 and assistant city manager for fiscal affairs in 2002. During his bid to become city manager, he reveled in a hometown advantage – by that point he’d delivered 17 straight years of top credit ratings, low tax increases, surpluses of so-called “free cash” and spending on capital projects that has made the city the envy of every other community in Massachusetts.