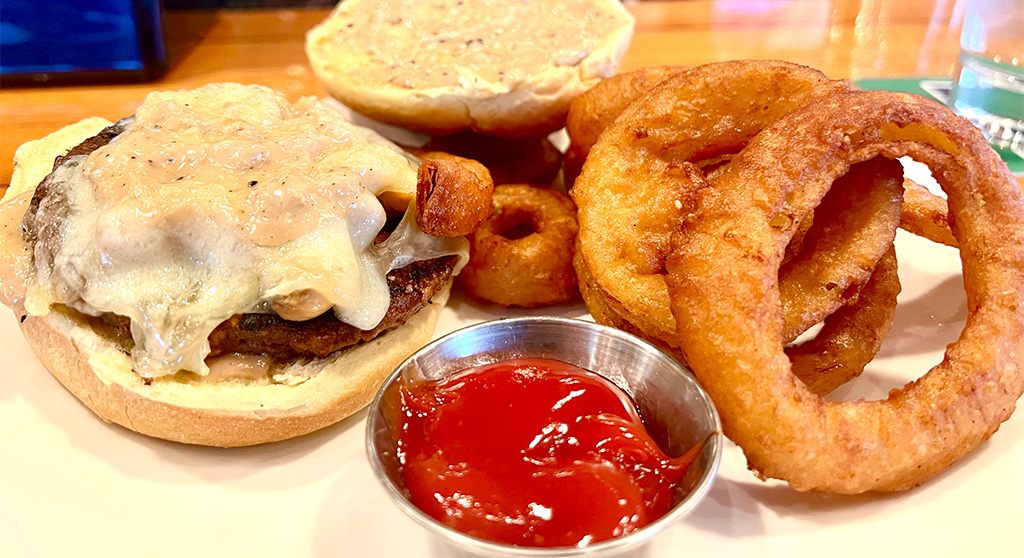 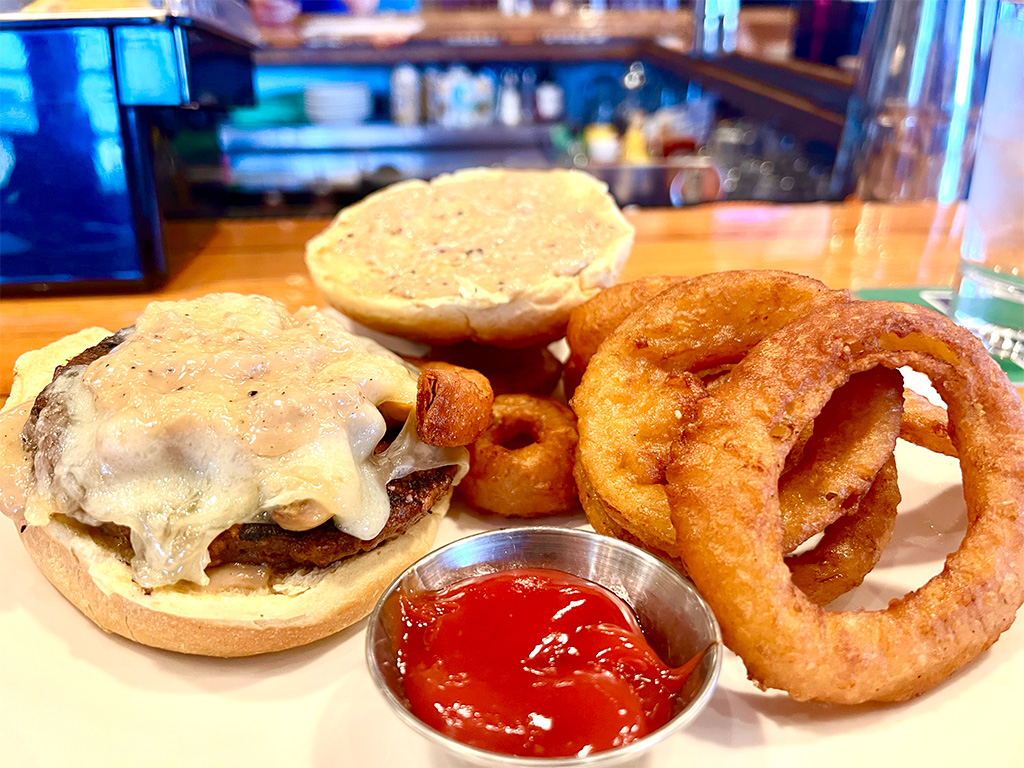 Not too long ago we told you about the felicitous relaunching of the Thirsty Scholar, the most identifiable local spot in David Fincher’s Facebook flick “The Social Network” (2010) – now under new management. Turns out it was one of several old-school bars and eateries bought up by a Boston-based real estate collective, including the remaining Fathers’ dives in Boston (Sullivan’s Tap, Mary Ann’s, the Tam and the Beacon Hill Pub) along with the Scholar and R.F. O’Sullivan & Son in Camberville. The BHP and Mary Ann’s are closed and slated for redevelopment; on this side of the river, the parent company wanted to reboot its pubs with their identity intact but a slight spin.

It’s been a while, but the cozy pub interior of O’Sullivan’s is still a tight, homey place to rub elbows and take in a Celtics or Sox game. It was the place everyone went to for a big, plump, juicy hamburger cooked on an open-flame grill and served with meaty, golden onion rings, and the heart of the menu is still beef patties with varying crowns: mushroom and Swiss, bacon and blue, the Green Monstah (chipotle mayo, lettuce, pickles, beer cheese and sautéed onions and peppers) and the Celtic (lettuce, tomato, onion, bacon, pickles and American cheese). What’s changed is the addition of a meat-free Impossible burger. As listed, it comes with the basic lettuce and tomato, but you can get it any way its all-beef counterparts come; I did mine mushroom-and-Swiss style with horseradish pepper sauce – a great, medium-spicy, mouth-puckering combo. 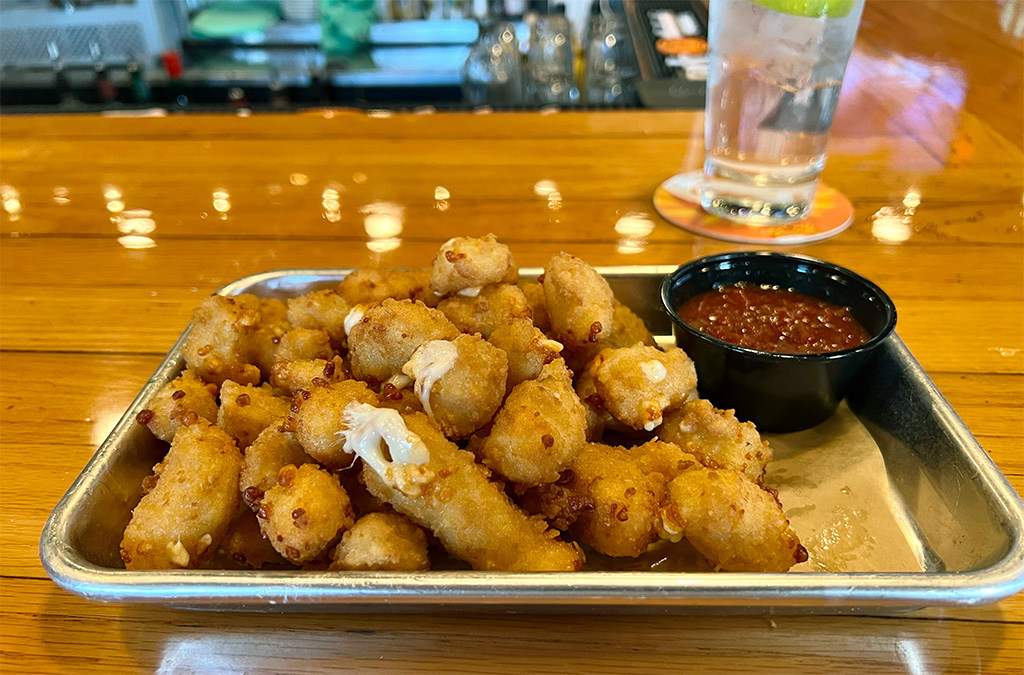 The wings are decent too, big pieces slightly battered and perfectly fried in a style like tempura so they’re juicy and moist. I’m a fan of the hot honey flavor, which is delicious (but not hot by this guy’s meter). Even more addictive are the cheddar bites with marinara. These little balls of cheese, like the wings, have a light batter and are tenderly fried, and the marinara sauce is meaty and chunky, though you need to ask for a double shot to make your way through the generous heaping of curd.

O’Sullivan’s is open for dinner but is looking to expand hours.