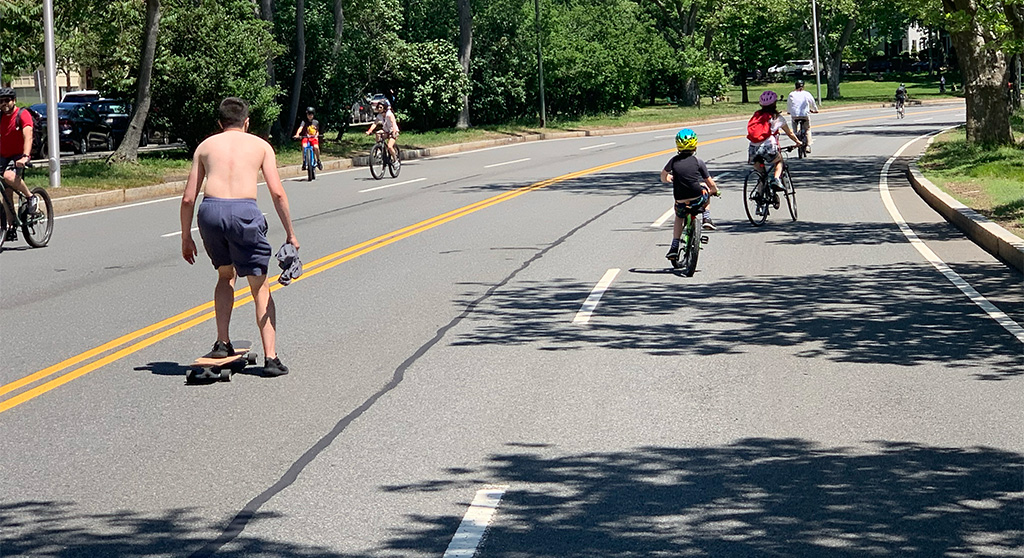 By Mike Gajda and Marc Levy 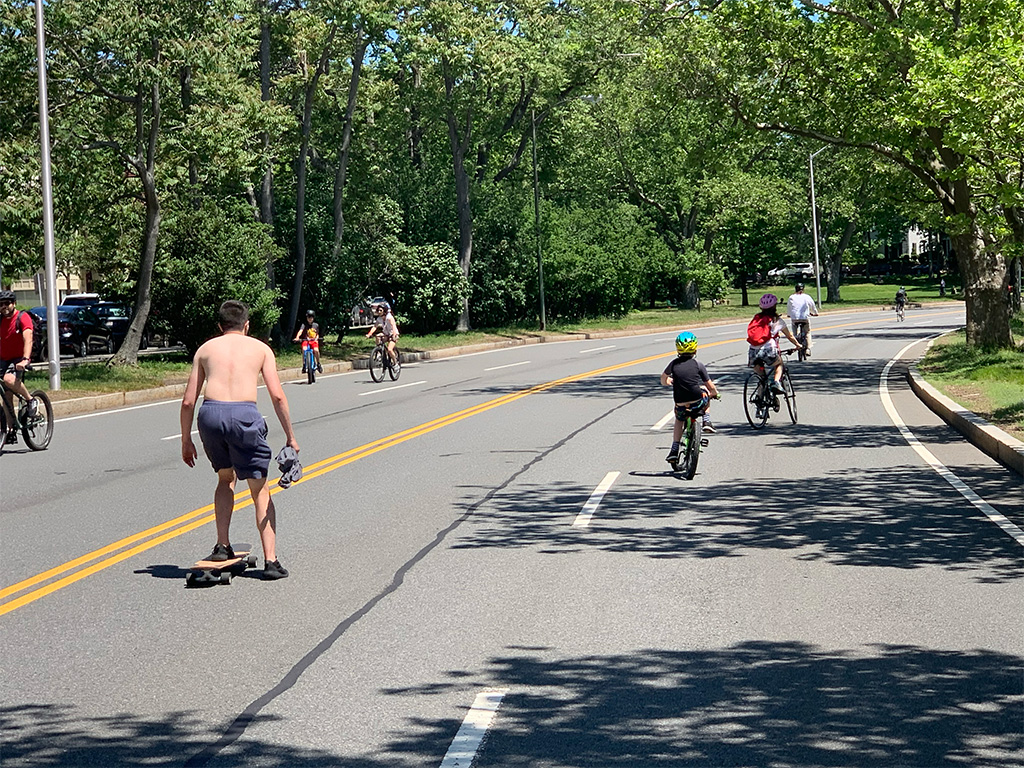 Riverbend Park will again stay open Saturdays as well as Sundays, the state Department of Conservation and Recreation announced Friday – a reversal to its announcement Wednesday that Saturdays would be taken out of the park schedule, which was a reversal from an announcement in March that people wanting to use it for summertime recreation would have a full weekend.

The park is created by closing Memorial Drive to cars, which temporarily makes more open space for bicyclists and others in a city with less open space than most.

But Riverside neighborhood residents who were used to decades of Sundays in which drivers knew to stay away from Memorial Drive were shocked this spring by the traffic that arose from drivers learning suddenly that they also needed alternate routes on Saturdays. A City Council meeting in May was punctuated by residents who felt the closings resulted in “overwhelming” traffic on side streets that left them “hostages” in their homes.

As a result, the state said this week that it was reopening Memorial Drive to car traffic on Saturdays immediately until it “can host a public meeting regarding the Saturday closing and hear more broadly from the public.” The meeting was to be scheduled for after Labor Day, which falls on Sept. 5, to give the required three weeks of public notice.

A noon traffic advisory from the DCR, however, upended those plans, saying Memorial Drive would stay closed to traffic from Western Avenue to Gerry’s Landing on Saturdays starting at 8 a.m., reopening to car traffic on 7 p.m. Sunday. No specific date was given in this announcement for how long the Saturday closings would last; in April, the full-weekend closings were announced as staying in effect though Dec. 18, weather permitting. (The 8 a.m. opening was another change Friday; the starting time was given at around noon as 11 a.m., then rolled back six hours later to the hours that Riverbend Park users have become used to over the past weeks.)

The advisory didn’t say the reason for the reversal.

“Thank you to my colleagues in government and to everyone who spoke up to maintain this important program,” said state Rep. Mike Connolly, who said his constituents have come to rely on Riverbend Park for recreation and that he lobbied for a quick return of Saturday hours.

A voice mail seeking more information was left Friday with Johannes K. Buchanan, assistant secretary for government relations at the Executive Office of Energy & Environmental Affairs, whose name was on the initial release of the advisory. The Wednesday announcement had come from a different official: Craig Cashman, director of government and legislative affairs at the Department of Conservation and Recreation, and a voice mail was left with him too.

Another difference: When Saturdays were taken away, DCR included in the select mailing list for its announcement residents Lawrence Adkins and Saundra Graham, residents of the Riverside neighborhood who have complained about traffic diverted from Memorial Drive. For the announcement restoring Saturdays to the Riverbend scheduled, Adkins said by phone that the residents were not told.

As of Friday afternoon, Adkins said he still had no explanation about the sudden change in policy from what he and other neighbors had asked. “We in Riverside want to be given a fair and just process. We’ve been working on this since May,” he said. “Now all that needs to happen is some folks talk and things” go in the opposite direction. He referred to the efforts in favor of a full-weekend change in traffic at Memorial Drive as “propaganda.”

The cause underlying the expansion of hours at Riverbend Park was the coronavirus pandemic, Adkins said, and Gov. Charlie Baker had called for an end to those emergency measures.

“We’ll do what we need to do to push this further,” Adkins said.