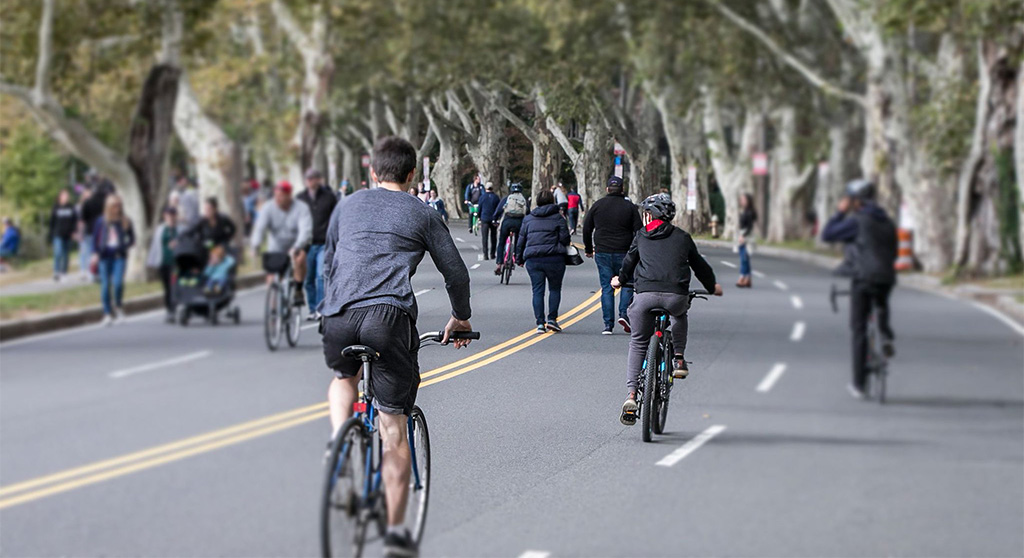 Residents engaged in a fiery back-and-forth Monday over the expanded hours of Memorial Drive closings and their effect on traffic, pleading their cases during public comment at a City Council meeting.

An outraged Lawrence Adkins had to be told by Mayor Sumbul Siddiqui to lower his voice while he spoke of the impact the closings have had in Riverside. “I cannot leave my house without being stuck in traffic for 20 minutes. I cannot make it down Putnam Avenue to get to Western Avenue for another 20 minutes,” he said. “I’m demanding that this be stopped.”

Several councillors worked over the pandemic to expand use of “Riverbend Park,” which is created by closing off parts of Memorial Drive near Harvard Square to cars – usually on Sundays. Saturday closings were introduced by the Department of Conservation and Recreation beginning April 23, with the state road that follows the Charles River staying closed to vehicles overnight as well. Councillors approved the move 8-0-1, with E. Denise Simmons not present for the vote.

A policy order from Simmons Monday asked that the city manager return to the status quo.

The neighborhood had not been consulted about the expansion of hours, Adkins said.

After he finished, there was applause from the other four members of his neighborhood who had come to speak – one calling the traffic “overwhelming” and suggesting the inconvenience held her “hostage” in her home. The applause drew another admonition from Siddiqui.

Countering the indignation of neighborhood residents testifying in person about the diverted traffic clogging neighborhood streets were about 10 people who spoke over Zoom to support keeping the Saturday closings in a city that has less open space than most.

Itamar Turner-Trauring, a member of Cambridge Bicycle Safety, opened the meeting by speaking of the “wonderful benefit” the open space provides residents in Cambridge and beyond and emphasizing the road closing’s popularity. A petition created by his organization on Friday to keep Memorial Drive closed on Saturdays already had 2,150 signatures, many from ZIP codes near the park, he said. (At least half were Cambridge residents, councillor Patty Nolan said later.)

Simmons’ order wasn’t acted on – councillor Paul Toner used his “charter right” to set it aside for one regular meeting and provide a chance to work on some of the issues raised by the Riverside residents. “I don’t want people not to have access to the river way on Saturdays. But I do think there are legitimate concerns,” Toner said. “This is just another example of us not doing outreach to the community.”

In addition, “I felt like I took a vote under false pretenses that evening, because I was told there wasn’t a problem last time.” Riverbend Park had been closed Saturdays, Toner said. “I was going to vote no on that night [but] I asked questions about how did this go last year and everybody said it was fine.”

When Riverbend Park hours were first expanded, Simmons said, it was at the height of the pandemic, when there was less traffic overall.

Still, the council had asked for and expected a public process, Nolan said, and “DCR expressed an interest in looking at this and recognized that it would be through a community and stakeholder engagement process. And they were in the process of setting that up.” The process had apparently been lost in a confusion of orders, though Simmons also observed that “we also know that DCR isn’t great at public meetings.”

Councillors generally supported working with Riverside residents to ease the problem of diverted traffic. But councillor Quinton Zondervan said he would want to see Riverbend Park hours expanded even further, to Friday, rather than for the council to go back on a vote. “It’s going to take some time” for drivers to realize and adapt to the change, Zondervan said. “Some of these traffic challenges will undoubtedly resolve.”