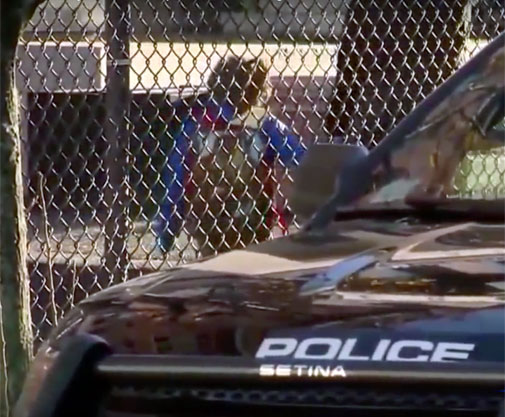 A new, emailed bomb threat was made Thursday against Cambridge Public Schools, warning of violence Friday, city officials said, but the risk doesn’t appear to be legitimate.

Police are investigating the threats after being told of them by the school district.

“We have notified the Cambridge Police and are working in collaboration with them,” school officials said in an email forwarded by Jeremy Warnick, director of communications and media relations for Cambridge police. “At this time, no evidence has been found to substantiate the threat here in Cambridge.”

Harvard and Cambridge Public Schools faced bomb threats Nov. 16, then Dec. 1 and Dec. 3-4, with the perpetrator believed to be a student using encryption techniques to trick officials because there was “too much homework” in the middle schools, rather than someone making an authentic threat of violence.

Still, the stress of these events took a toll, Superintendent Jeffrey Young said at a Dec. 6 community forum. “Attendance is down. Education has been somewhat disrupted,” he said, noting that some parents who sent their kids to school during the threats started to feel “less secure” and removed them later in the day.

The person making those threats hasn’t been caught, Warnick suggested Tuesday. “We continue to work in collaboration with the FBI on the investigation,” he said.

Preliminary indications are that this is not connected with the previous threats, Warnick said, citing differences in how the emails were sent.

Like during the threats last last year, heightened security will be in place at all schools, with a “visible police and security presence” at all schools Friday morning, the officials’ email said. They will be locked overnight and stay locked during school – but all classes will be held “unless otherwise noted.”

The officials, including City Manager Richard C. Rossi as well as Police Commissioner Robert Haas as well as Young, said:

As you may be aware, several schools in Massachusetts and other states around the country have received bomb threats in recent weeks. These threats were investigated and determined to be unfounded in all cases.

If your child/student has questions about these threats or their safety, we encourage you to reassure him or her that the police and the adults in the schools are taking extra steps to keep kids safe, and there is no reason to worry. We will alert you if any further safety measures are taken.

The e-mailed threat has been shared with the FBI and other regional partners investigating recent threats made throughout the state, Warnick said.