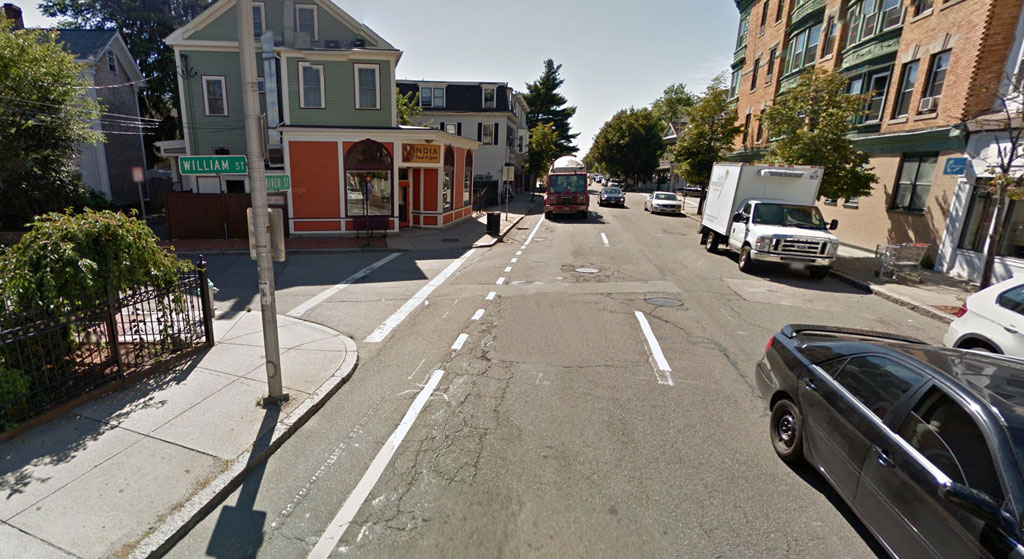 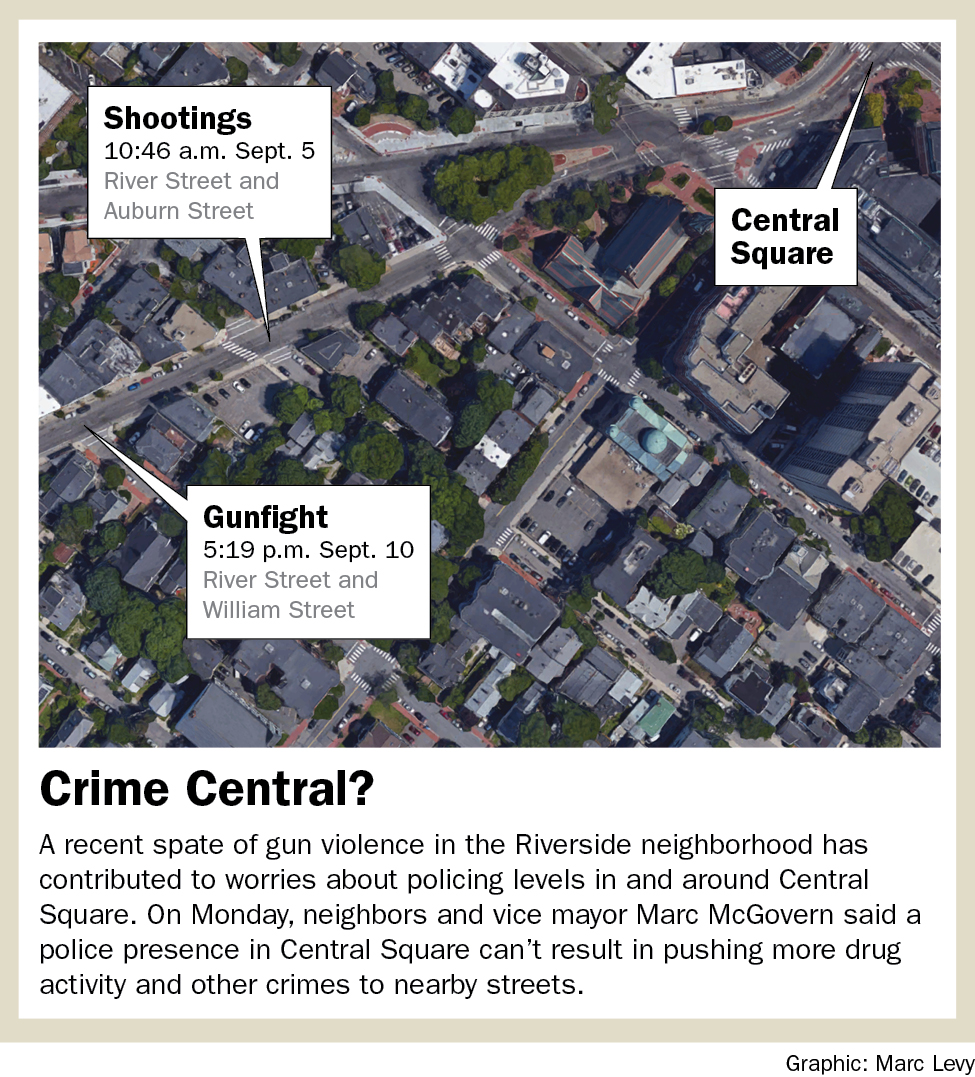 Describing an “open shootout” in broad daylight and a rapidly deteriorated Riverside neighborhood of graffiti and stray needles, neighbors urged action by city officials Monday, and got some.

A police substation long debated for Central Square will happen, Mayor E. Denise Simmons announced at the night’s City Council meeting. In a meeting that afternoon with new police Commissioner Branville G. Bard, it was decided that the department would “bring a mobile outpost to Central Square ASAP,” Simmons said. One will go in front of the square’s CVS, and other locations are planned.

Bard “wants to have an immediate response to the shootings, because we have heard so much concern,” Simmons said. A meeting with the Riverside and Cambridgeport communities is planned for 7:30 p.m. Wednesday at the Morse School, 40 Granite St., with another meeting planned for a week later.

Having a police substation or “reporting station” for the square has been wanted by some since the police department relocated to Kendall Square from Central Square in 2009, and the council adopted the idea March 27. “We asked for a pilot program to be placed by the summer, and we missed that window,” Simmons said. “I don’t want to wait for another fatal shooting or another stabbing, or explain to another senior why they can’t go to Central Square and have a cup of coffee undisturbed.”

The police commissioner also wants to make a formal presentation to the council, she said – an idea welcomed by councillor Craig Kelley, who leads the council’s Public Safety committee and heard a contrary opinion about substations at a May 30 meeting from Bard’s predecessor, interim commissioner Brent B. Larrabee. “We need to hear why the police department’s view has changed and what used to be not a supportable idea now becomes a good idea,” Kelley said. “I want to make sure that it’s not because we’re making noise, but because something factual or logistical has changed.”

For residents in and around the square, the events of Sunday felt like a change.

As tens of thousands of visitors thronged the 25th annual Cambridge Carnival in Kendall Square, just a few blocks up Main Street, shots rang out near the main stage at around 4:44 p.m. after a fight, police said. Two people were injured, and a Dorchester man was arrested and a firearm found. The carnival was shut down early, and perhaps as a result of the ejected carnival-goers, at least two fights had to be broken up in Central Square shortly afterward – one including 20 kids outside the square’s Chipotle fast food restaurant on Massachusetts Avenue.

Even worse was the gun battle that took place in Riverside, just south of Central Square, where residents describe a family neighborhood with several small children suddenly becoming the backdrop for potential gang warfare.

As six or seven young men walked down River Street away from the square, a white SUV driving toward them slowed. Someone inside took aim and began shooting at the group – getting off three or four shots as the men on foot fled down William Street, neighbors said. As the SUV continued north,  the men who ran from it apparently returned fire.

Another shooting had taken place just Sept. 5 a single block away, with two men shot nonfatally, in the wrist and knee, early on a Tuesday.

“It’s really important to clarify this within the context of the other shooting. Both happened in broad daylight right on River Street,” said Janet Conrad, a William Street resident who said she moved from a tough section of New York around a decade ago and has been happy near Central Square. But on Sunday, a bullet from the gunfight came through a window and hit a door at chest-level. Her neighbor had been standing behind that door, and the glass shattered onto a stairwell another neighbor had used only a moment earlier. “Until early June, I could not imagine considering moving,” Conrad said. “This is not a small matter. This is a matter of life and death.”

The problem is not just violence, said Conrad and other neighbors. They have recently found needles strewn about, and an increase in graffiti, and the problems have heated up dramatically just over the summer.

Another William Street resident, Theresa Betancourt, said the neighbors worried that the pattern of violence was “possibly related to turf issues between gangs who are moving in to Cambridge,” and asked for more analysis from police about the forces “having open shootouts on our streets.”

The neighbors supported a greater police presence, including a police substation in Central Square but extending beyond the square, as well as help in improving the street physically – an endorsement of a “broken windows” philosophy to ensure an environment where “you wouldn’t want to hang out and do unsavory things.”

“We’re not feeling much support from the city,” Betancourt said.

This post was updated Sept. 12, 2017, with a definite time and location for a Cambridge police Neighborhood Sergeants Meeting for Cambridgeport and Riverside residents.