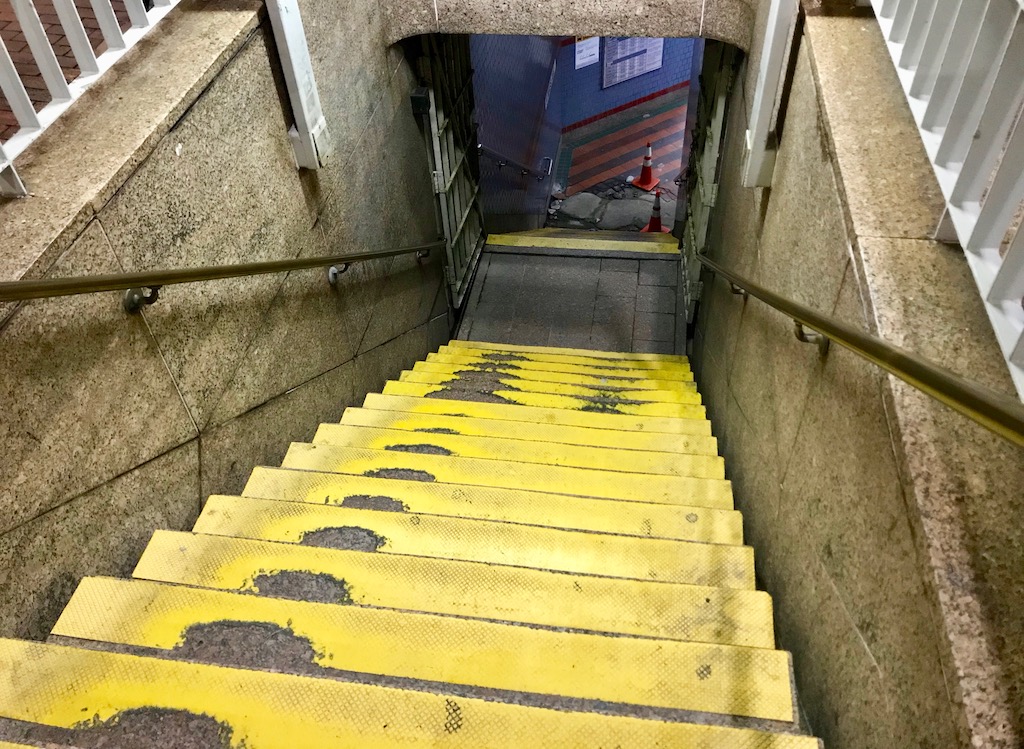 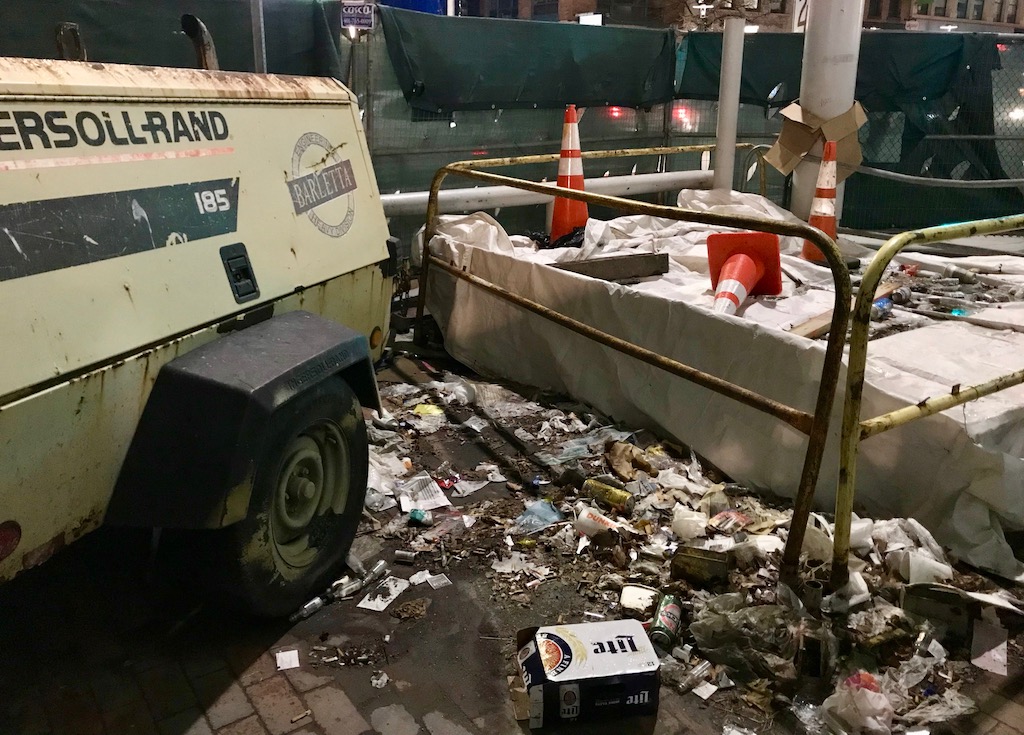 The MBTA was trying city officials’ patience a year ago when it came to conditions at the Harvard Square red line station, and now attention is on the Central Square T stop as well, where elevator repairs are dragging on and councillors say the facility’s age shows badly.

A scheduled year of maintenance on the T station elevator for the Boston-bound platform is stretching out, having encountered “existing unforeseen conditions” that will mean no elevator through early 2020, the Massachusetts Bay Transportation Authority says. That obliges people who need to use an elevator on that side to go one more station to Kendall, where free shuttle service has been set up to bring them back to Central. The alternative is to use the stairs, which concern officials for other reasons.

“Some of the stairs at that station are just downright treacherous. I mean, I grab the handrail every single time I descend them because the ones at the top are just pitched at a really sharp angle. If they’re at all wet, you could go skidding,” city councillor Jan Devereux said Monday, during discussion of an order calling for a Law Department look at the issue. “The state of repair of our T stations in general is miserable.”

Officials are unhappy about disrepair and possibly dangerous conditions at the MBTA stop. (Photo: Marc Levy)

Devereux suspects the conditions put the transit system in violation of a 2006 settlement with the nonprofit Boston Center for Independent Living meant to “make the MBTA a model transit system accessible to all,” and patience is in short supply – and not just because of the state of the Central and Harvard stations, including the Harvard restroom and bus tunnel. Councillors also oppose an impending fare increase and have blasted poor green line station designs, especially after the city committed to an unprecedented $25 million contribution to state funds to help keep the green line extension project alive. Changes to bus line schedules affecting Cambridge have also been called poorly thought out.

“I went down to the Central Square T station for the first time in several months because I’ve been recovering from hip surgery, and I was just astonished,” councillor Quinton Zondervan said. “The state of disrepair is is shocking. There’s water dripping from the ceiling everywhere. There’s puddles right next to the third rail. The paint’s peeling off. The concrete’s rotting. It’s just unbelievable.”

There’s now even a problem where street-level work on the Central Square elevator is being done, where an elevator head house was torn down April 9, 2018. “That fenced-off area is disgusting – the trash there that blows out onto the sidewalk, there’s food back there, it’s gross,” Mayor Marc McGovern said. “They also need to do a better job of keeping that area clean.”

State Rep. Mike Connolly is involved as well, providing information on the problem since the council order was written. Connolly, who credited the MBTA with already expediting fixes to the outbound elevator this year, passed on an explanation from the state about delays on the Boston-bound side: that a fire department connection that needed to be relocated to build an enlarged elevator shaft; aging mechanicals have thrown some surprises at the crew, including “17 unforeseen existing conduits in the elevator shaft that need to be relocated”; and a failed test forced unexpected repairs to a pipe, with the exact location of the problem still to be discovered – and all work can be done only within a nightly three-hour period when trains don’t run, because “it requires shutdown of traction power in the train pit.”

“I am asking the MBTA to take steps to expedite the remaining work as much as possible. The extended loss of elevator access to the inbound platform is an unacceptable circumstance, particularly for people with mobility impairments,” Connolly said online.

Monday also saw an order asking MBTA buses to stop idling on Green Street, or at least relocate so they aren’t stopped directly outside the bedroom windows of residents. The idling, which has been the subject of complaints back to November, is connected, Zondervan said, because “this bus is there only while this elevator repair is dragging on.”