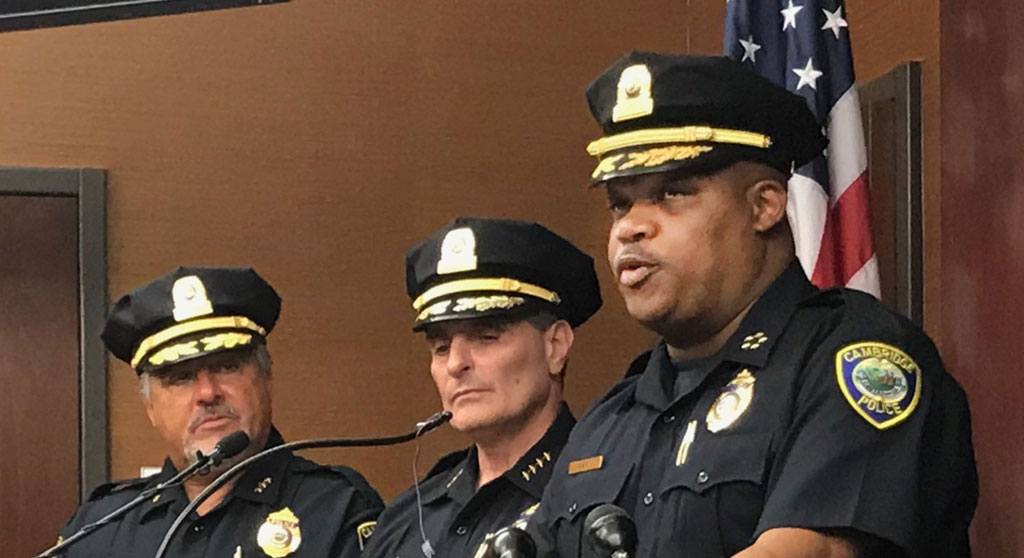 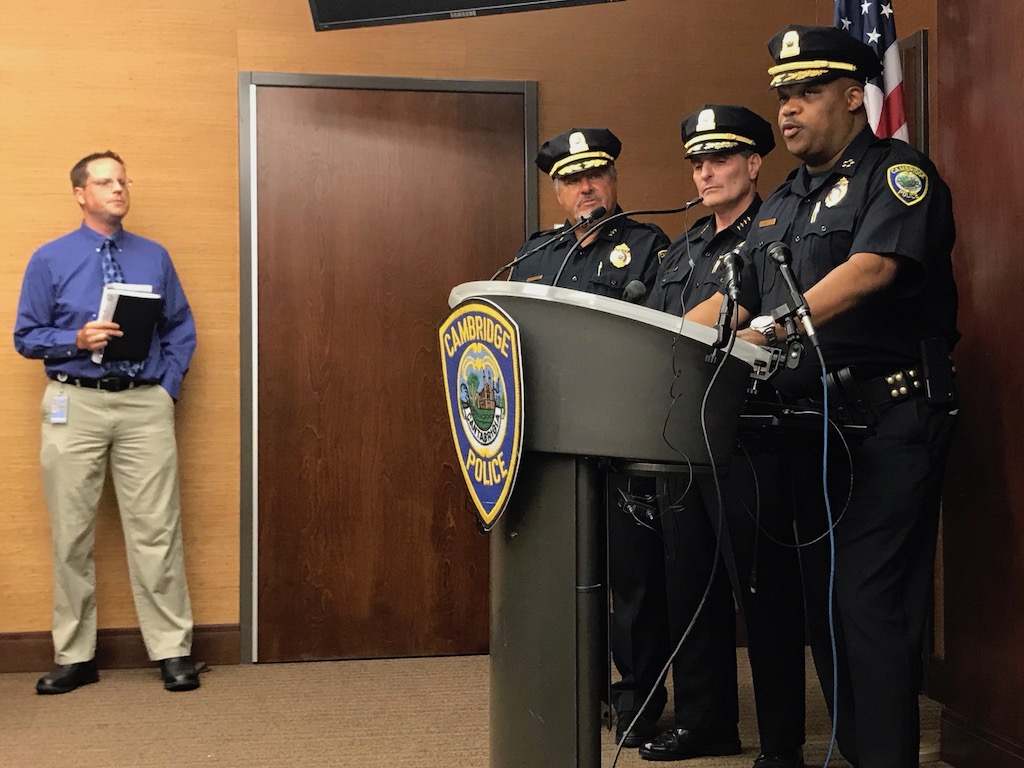 Though his contract with Cambridge originally was to expire next August, the city manager renegotiated his contract late last year, extending it to Nov. 30, 2021.

Still, asked Thursday evening whether Bard would entertain returning to Philadelphia, the commissioner took an unusual approach to answering.

“The reports you were seeking a response to were entirely speculative,” said Jeremy Warnick, director of communications and media relations for Cambridge police. “As a result, Commissioner Bard has no plans to address them and he remains committed to the Cambridge Police Department and City of Cambridge.”

What is often a rote “no” with warm comments about the official’s newly adopted home took until around noon Tuesday to deliver.

Philadelphia police commissioner Richard Ross Jr. resigned Aug. 20 after the filing of a lawsuit by two of his officers – one of whom had recently broken off a two-year relationship with him – that said Ross’ force was discriminatory and hostile to them as women, and they had been groped and made the object of sexual comments and harassment, then faced retaliation for complaining. Ross was dismissive when told of the problems, the lawsuit said.

Ross had been leader of the Philadelphia force since January 2016.

Bard’s time in Cambridge has seen him largely revered by residents and his fellow officials. The praise has overshadowed a few complaints.

In April 2018, there was controversy over whether officers used excessive force in the public – and filmed – arrest of a 21-year-old Harvard student who was standing amid Massachusetts Avenue, naked and aggressive after the use of a drug. No charges were filed against the student, but there was an internal investigation of the incident and an external review of that finding by Roderick L. Ireland, a retired chief justice of the Massachusetts Supreme Judicial Court. Both cleared the force and its officers of wrongdoing. But Ernest Owens had already written in the The Griot that Bard’s support of his officers was an example of how “black police chiefs failed to do the right thing.”

The Constitution and the commission

In November 2018, Bard voted as a member of the License Commission that two bar owners were guilty of threatening and intimidating fire inspectors, even after the inspectors testified that the threats were not physical; a police officer who had accompanied the inspectors went on to testify before a state commission that there was no crime committed; the American Civil Liberties Union said Bard’s actions “raise serious free speech issues.”

Surprisingly, in 2015 Bard had identified “to protect the individual constitutional rights of the citizenry” as an overarching responsibility of police officers.

When Bard refused to discuss his vote, Cambridge Day filed a complaint against him with the city’s Police Review & Advisory Board. Before an investigation took place, Brian Corr, the board’s executive secretary, took the matter to the city’s Law Department and, in a series of 43 communications that took place over the course of two and a half months, Corr and city solicitor Nancy Glowa concluded that PRAB lacked jurisdiction to examine what Bard did as a license commissioner. Glowa’s legal reasoning has not been released publicly.

Bard was the only candidate Cambridge had for commissioner in June 2017. The public was introduced to him at a presentation where he promised accountability and transparency to maintain and improve the “legitimacy” of the police department, but – in a glimpse of his ongoing approach – took no questions from audience members.

He holds a doctorate in public administration from Valdosta State University, and his LinkedIn reports a leadership certificate from Harvard’s John F. Kennedy School of Government. Bard’s doctoral studies had a focus on racial profiling, racially biased policing, immigration, the Bill of Rights and public policy, according to a 2015 profile by Larry Miller in The Philadelphia Tribune, and he is the author of a 2014 book: “Racial Profiling: Towards Simplicity and Eradication.”

In taking a job in Cambridge, Bard, then 46, resigned as chief of police and director of public safety for the Philadelphia Housing Authority, the fourth-largest in the country, and relocated his family from the city where he was born and raised. The Philadelphia police includes 6,300 sworn members and 800 civilian personnel, and Ross took home $240,200 last year as its leader, according to city data.

As leader of a 316-person force with a $55.2 million budget, Bard gets an annual salary of $230,575 and additional stipend payments equal to 20 percent of his weekly base pay compensation “in recognition of [his] level of education.”

The renegotiated contract suggests why it was undertaken: to “induce the employee to remain in such employment for the specific term [and] ensure the employee’s morale and peace of mind by providing him with job security.”

This post was updated Aug. 27, 2019, to correct that the headline said the Philadelphia’s mayor’s office was looking officially ar Branville G. Bard Jr. as a police commissioner candidate. But the mayor’s office has not said so officially.