Report: No excessive force used by officers during arrest of Harvard student in 2018 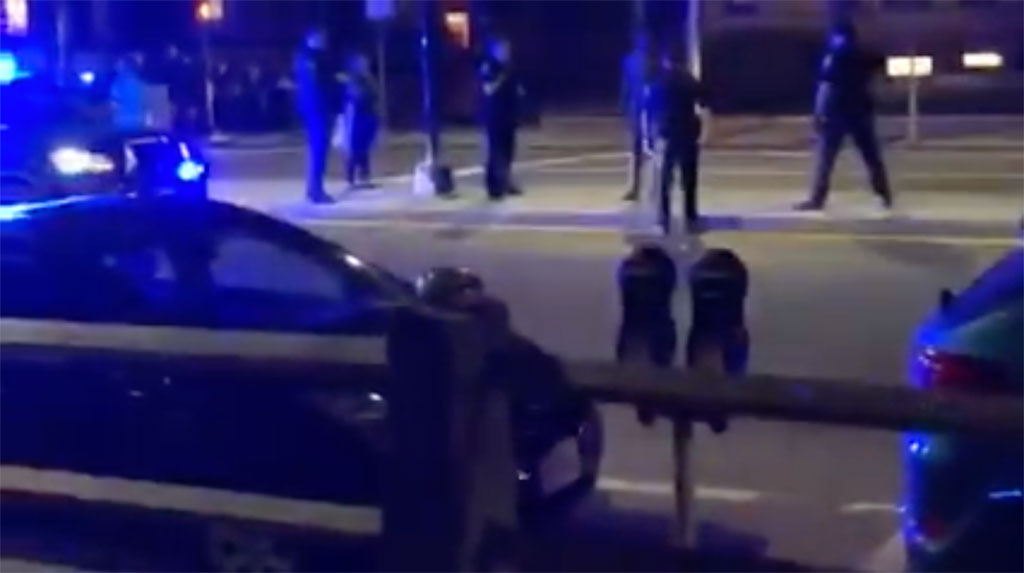 Report: No excessive force used by officers during arrest of Harvard student in 2018

Police surround a Harvard student before an arrest April 13, 2018, as seen in screenshot from a witness’ video posted by police.

Police “acted appropriately” and did not use excessive force in the public arrest of a 21-year-old Harvard student on April 13, 2018, according to an independent review of the incident released Friday by City Manager Louis A. DePasquale and Cambridge police commissioner Branville G. Bard Jr.

The 18-page report by Roderick L. Ireland, retired chief justice of the Massachusetts Supreme Judicial Court, aligned with an incident review by the police department’s Professional Standards Unit, which concluded that actions taken by the officers “were reasonable and justified to de-escalate an unsafe situation that evening for all involved.” The force used by Cambridge officers complied with department policy on use of force, was within state and federal legal standards and adhered to state guidelines and training, police officials said.

In this case, a Harvard student was found naked on a traffic island at Massachusetts Avenue and Waterhouse Street near Harvard Square; an officer punched the student five times in the torso during a struggle to get him handcuffed. The incident was watched by about 30 people and videotaped, and the Harvard Black Law Students Association called it “a brutal instance of police violence” and linked it to Black Lives Matter incidents nationwide.

No charges were filed against the student, but the public nature of the arrest and ensuing uproar helped convince the city and police officials to add an external review to its own investigation – a review of its own review.

“As a follow-up to the issuance of this report, I look forward to building upon and advancing the conversations we have established with Harvard’s Black Students Organizing for Change,” Bard said. “We are also committed to making command staff and other members of the department available to meet with interested residents … to discuss the report, its results and general inquiries about the department, as we did in the weeks initially following the April 2018 incident.”

Among the recommendations made by Ireland was police training to handle incidents involving people who may be in a mental health crisis. The department “made this a long-term priority – even prior to this incident,” according to a press release from the city and police released Friday. Training between January and April for all Cambridge officers included instruction from James Barrett, a nationally recognized expert in child and adolescent mental health and juvenile justice, who was hired this past year as the department’s director of Clinical Support Services. An “implicit bias” training will be offered for officers June 3 at Harvard University with psychology professor Mahzarin Banaji; last year Banaji facilitated a similar discussion for Cambridge residents and interested municipal employees.

“I greatly appreciate the community’s patience on the results of this review,” Bard said. “Our intention from the outset of this incident was to ensure a thorough, complete, fair and transparent internal review process. Bringing on someone with the track record of Chief Justice Ireland to independently review this incident was critically important, and I want to thank him for his commitment to extensively reviewing the information and compiling such a detailed report.”