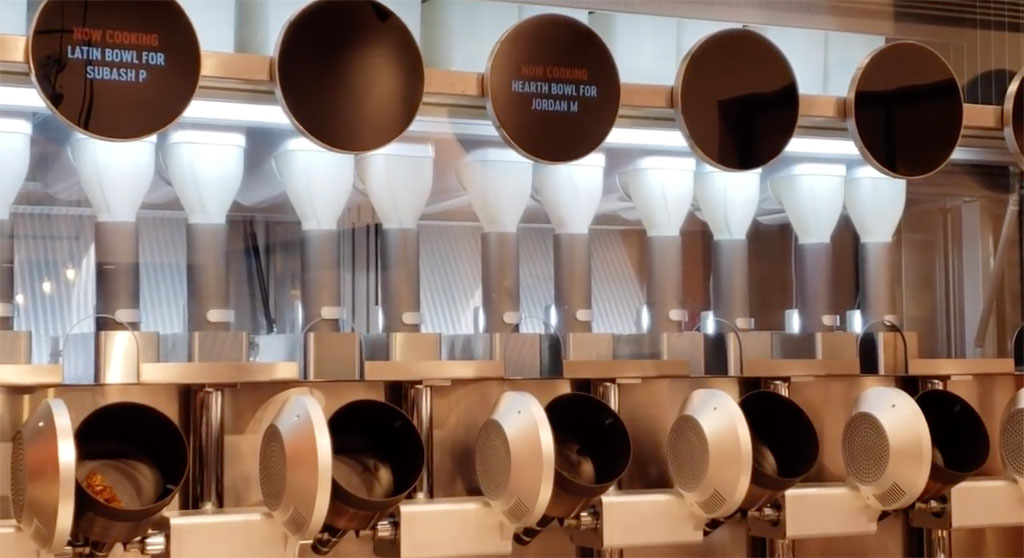 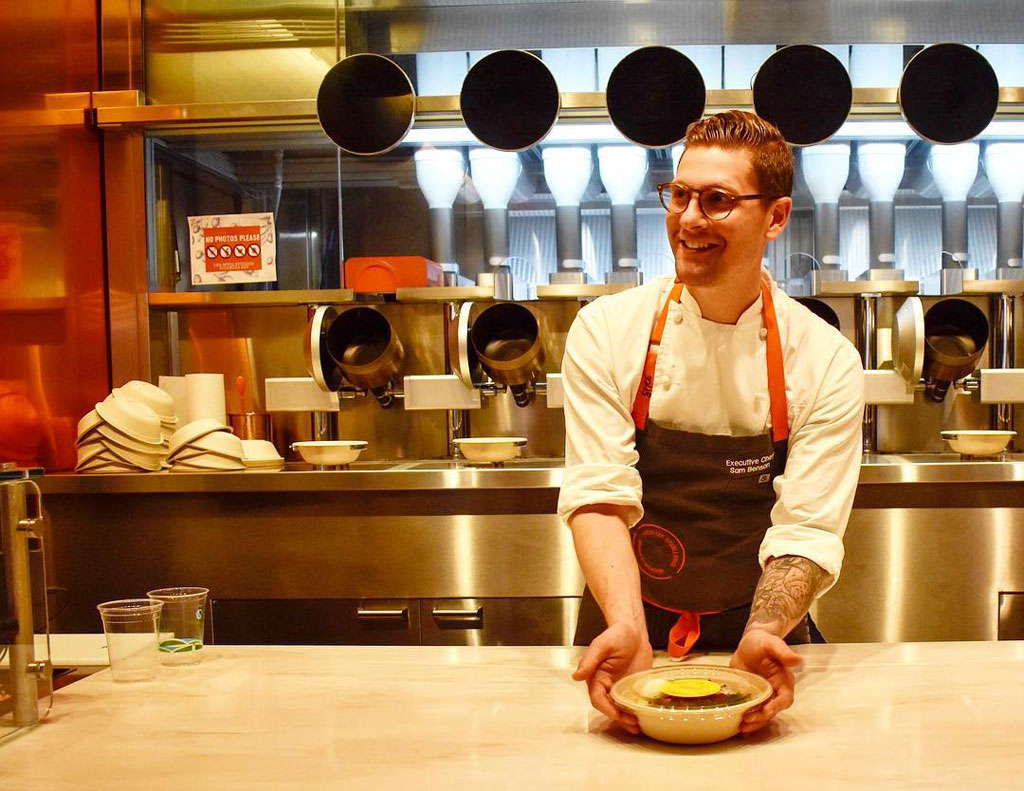 City Council, 5:30 p.m. Monday. Discussion returns over whether to quick-build some separated bike lanes on Massachusetts Avenue in Central Square from Sidney Street to Putnam Avenue – the city is resisting, wanting to do comprehensive street improvements in the future, but that’s about all we got to hear last week before the the issue was “charter righted” to this week by councillor Quinton Zondervan. The city manager is also being asked to use construction around Harvard Square’s kiosk and plaza as a chance to make street crossings safer, in light of a pedestrian death Tuesday. And because many homeless and other vulnerable members of the community find their way into the library’s Central Square branch, some councillors are proposing that the branch staff include a social worker.

Robots will make your salads in Harvard Square

License Commission, at 10:30 a.m. and 3 p.m. Tuesday. The morning meeting is for disciplinary hearings, most for leaf blower violations or at package stores (some of which are accused of selling to minors); the later meeting has numerous items – but the most interesting may be the coming of a Spyce eatery to 1 Brattle Square, Harvard Square, where robots will make salads and other bowl meals for up to 80 people at a time – a concept founded by four Massachusetts Institute of Technology guys in 2015 that’s based in Somerville but opened first on Washington Street in Boston. (There are people employed at Spyce; the robot workforce toils in the kitchen, the humans at the counter.) The Chipotle that was at the location closed in January.

Ensuring brick sidewalks are in Cambridge to stay

Neighborhood & Long Term Planning, Public Facilities, Arts & Celebration Committee, noon to 2 p.m. Tuesday. This committee run by city councillors Quinton Zondervan and Dennis Carlone will discuss how to keep brick sidewalks where the sidewalks already are – or traditionally were – made of brick. Televised.

Planning Board, 6:30 p.m. Tuesday. The board will look at zoning changes that could allow for a major renovation at the Cambridgeside mall; a change to zoning law around shared mobility devices such as scooters or bicycles; and whether to allow conversion of space at a Hi-Tech Auto Body at 45-51 New St., Neighborhood 9, for a recreational marijuana business called Bhari. (The fourth to come before the board.)

Speak out on state remaking of Memorial Drive

Memorial Drive Phase III Community Meeting, 6 to 8 p.m. Wednesday. The state Department of Conservation and Recreation is redesigning Memorial Drive and adjacent parkland between the Boston University and Eliot bridges, including a rethinking of the pathway systems, landscaping and trees, the BU rotary and roadway space. This meeting will help collect community feedback about redesign ideas and the project process.

Ordinance Committee, 2 to 4 p.m. Thursday. This committee run by city councillors Dennis Carlone and Craig Kelley will look at adding a section to city zoning around project review for special permits. Televised.

Zoning for mall overhaul gets second look in a week

Ordinance Committee, 5:30 to 7:30 p.m. Thursday. Like the Planning Board meeting Tuesday, this committee run by city councillors Dennis Carlone and Craig Kelley will look at zoning changes that could allow for a major renovation at the Cambridgeside mall. Televised.