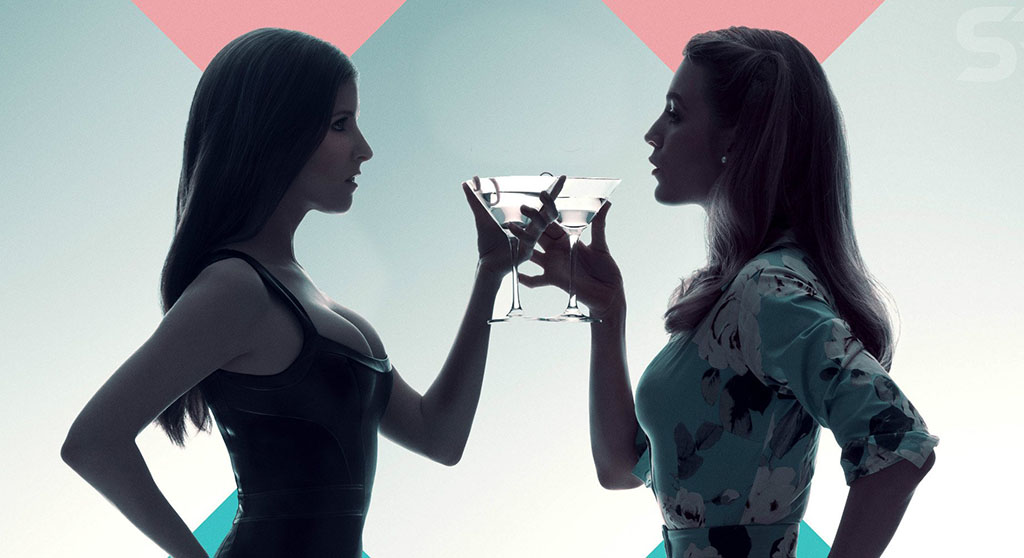 With the Covid-19 outbreak, social distancing mandates and shutdown restrictions in place, movie theaters have been shuttered. As a result “Film Ahead” is focusing on films you can find streaming or on demand on platforms such as Xfinity, Netflix or Amazon Video. You can help cherished cultural institutions and organizations such as The Brattle Theatre and Independent Film Festival Boston in this crisis with small things such as renewing your memberships early and adding a few dollars as a donation, or looking for them as a beneficiary of the Amazon Smile program, in which a part of your Amazon purchases go to help the nonprofit of your choice. The Harvard Film Archive  and Brattle Theatre are also offering various virtual offerings, primarily in the form of curated film lists. Please visit their websites for information.

Look for the Harvard Film Archive to announce this week that it’s offering members three free months of Mubi, the hand-curated arthouse/indie/cult film streaming platform, while shuttered; The Brattle Theatre is extending its annual memberships to adjust for the Covid-19 closing and, on Tuesday, is the beneficiary of a virtual film trivia contest from Marquee Trivia; and you can support the Somerville Theatre by renting its virtual offerings, including The Band documentary “Once Were Brothers” and Sally Potter’s “The Roads Not Taken,” staring Javier Bardem.

A small, cheekily dark film that gets better and more animated with each rewatch. Paul Feig, who did “Bridesmaids” (2011) and the 2016 “Ghostbusters” shot here, helms this quirky, demented tale revolving around an enigmatic, nouveau riche suburban housewife (Blake Lively, on fire) who always gets her way, She’s married to the perfect guy (Henry Golding, perfect by anyone’s eye), even though he’s a stalled writer. Mousy Stephanie (Anna Kendrick, who doesn’t get enough credit for these kind of roles) scurries about and things go from playdate martinis to sex games and ultimately, a missing person (and maybe a murder) mystery, all in the coddled bum of Richie Rich Southern Connecticut. It’s on the edge of gonzo and highly watchable. There’s likely a Zoom watch party drinking game to be had.

‘Once Were Brothers: Robbie Robertson and the Band’ (2019)

A somber and insightful documentary about the group that backed Bob Dylan, and which Eric Clapton ditched Cream to hang around with. Of course, the group will remain most famous for the great 1978 Martin Scorsese rock-doc, “The Last Waltz”; while this is nowhere on par with that, it provides a valuable look into the group’s origins, dynamics and the making of that great Scorsese film. The limitation is that it’s all focused through the eyes of Robbie Robertson, who had a falling out with other members after the ’78 film. Three of the five band members are now deceased, but Clapton, Scorsese and Bruce Springsteen are all on tap to put the group’s underappreciated talents and music into perspective. The best and most moving scenes come as the film works its way toward and into that indelible 1978 crescendo. (Available as a Somerville Theatre rental.)

A film that might not grab one’s eye other than the title, which has to do with a British department store perfume that gets applied to a Himalayan native (Sabu). The star of the film, the unheralded yet irrepressible Deborah Kerr, plays a nun who takes over a religious order high in the Indian mountains. The film, directed by Michael Powell (“Peeping Tom”) and Emeric Pressburger, who also collaborated with Powell on “The Red Shoes” (1946), tackles matters of race and imperialism ahead of its time. The breakouts that drive the film are Kathleen Byron as a wanton sister with delusions, a very young Jean Simmons (17) as a sensually curious local girl and David Farrar as an expat Brit who’s game to give a hand if it means no skin off his back. Surprising and compelling in ways you might not expect.

A film that didn’t get the recognition it should have when released. Based on a novel by George V. Higgins, who also penned the basis for ultimate Boston movie, “The Friends of Eddie Coyle” (1973), and starring Brad Pitt as a calculating hitman, “Softly” smartly and bitingly weaves in the politics of 2007 with sound bites from George W. Bush and Barack Obama playing on TVs in the background. The narrative allegedly takes place in Boston, but was shot in New Orleans. Scoot McNairy delivers a spot-on Boston spin as a weasel from Somerville caught up in a takedown bigger than he can handle. Ray Liotta and James Gandolfini add to the mix as goodfellas more concerned with good times than the business at hand. It’s too bad director Andrew Dominik doesn’t make more films, especially like this; his only two other features (both quite noteworthy) are “Chopper” (2000) and “The Assassination of Jesse James by the Coward Robert Ford” (2007).

An intriguing existential look into captivity by Spanish director Galder Gaztelu-Urrutia in which inmates occupy a tower prison – one cell to a floor – built around a giant dumbwaiter shaft of sorts. It’s a cavernous 20 feet down to the next floor, and there are more than 250 floors. In short, it’s an endless abyss. The gimmick? Each day a stone slab full of food (or its picked-over remains) parks at a level for a 60-second pig-out. The floors above get the better pickings, and if you irk your higher-ups they may retaliate by urinating or defecating on the food – or you. Similar to Ben Wheatley’s “High-Rise” (2016) in texture, “The Platform” takes place in the near dystopian future that feels a touch too close these days.

Since his antisemitic fall from grace, Mel Gibson has taken to hardboiled B-movie crime thrillers. Take “Edge of Darkness” (2010) shot here, “Get the Gringo” (2012), “Dragged Across Concrete” (2018) and this “Taken”-esque, not-without-my-daughter game of cat-and-mouse with Mel as a recovering alcoholic running a tattoo biz in a desert trailer park outside L.A. His wayward daughter (Erin Moriarty) is hooked up with a drug dealer (Diego Luna) and his posse of sicarios. Nothing too mind-bending here, but done with yeoman grit and a modicum of humor by Gibson and French director Jean-François Richet.

You’re not likely to see Adam Sandler this good again. The Boston Society of Film Critics, of which I am a member, cited him Best Actor last year for his motormouth role as a New York jeweler with a massive gambling problem, made worse with each bad decision (goons shake him down at his daughter’s school recital, leaving him naked and hogtied in the trunk of a car – and that’s not even the worst of it). For all its New York trimmings, “Uncut Gems” is something of a Boston movie: Sandler is a New England native, and former Celtic Kevin Garnett, who helped bring a trophy to town in 2008, shows up as a version of himself. The Safdie brothers (Benny and Josh), who attended Boston University but are diehard Knicks fans, gave audiences a tightly paced crime drama two years earlier with “Good Times” and have tightened the tension nut even further with Sandler.

Arnold Schwarzenegger tackles a solely dramatic role as a mid-American father who loses his wife and daughter in a midair collision.  The stillborn take on grief isn’t so much Arnold’s fault as it is director Elliot Lester’s decisions to allow scenes to linger, becoming overwrought. Even Scoot McNairy, so good in “Killing Them Softly” above, as the air traffic controller who may have been responsible for the accident, is rendered flatly. The film’s driven by mood, not character, and you can’t force grief on someone.

WWIII has nuked Texas and all the oil wells, a Clinton is running for president (prescient, as the film was made in ’06 and takes place in ’08) and in all the world-shaking chaos The Rock (Dwayne Johnson) plays a famous missing boxer and son-in-law of the GOP candidate; Sarah Michelle Gellar slinks about as a sassy, can-do porn star turned business tycoon; and Justin Timberlake narrates. What’s more, the non-carbon energy source that can save America is called “Fluid Karma.” The film, directed by Richard Kelly after rocking it with “Donnie Darko” (2001), goes offtrack some with a muddled mix of satire, sci-fi and freakiness. It feels like “Idiocracy” (2006) in tenor, but lacks that film’s fully baked sense of humor. The vast cast caught up in the meandering melodrama includes Seann William Scott, Miranda Richardson, Wallace Shawn, Bai Ling, Mandy Moore, Jon Lovitz, Christopher Lambert, Kevin Smith and more. The film had a $17 million budget and barely made $300,000 stateside. Curious and long, the few worthy moments are owned by Gellar.