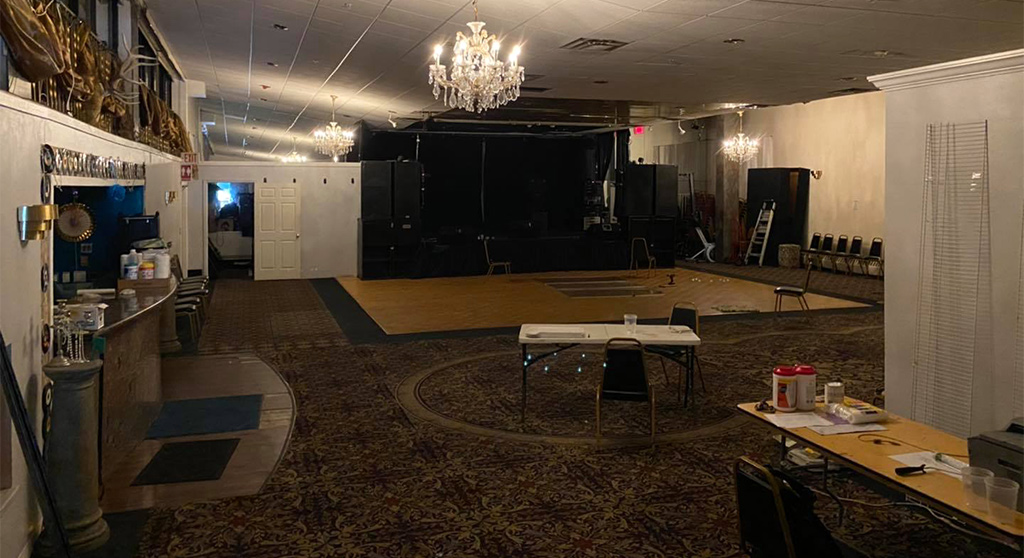 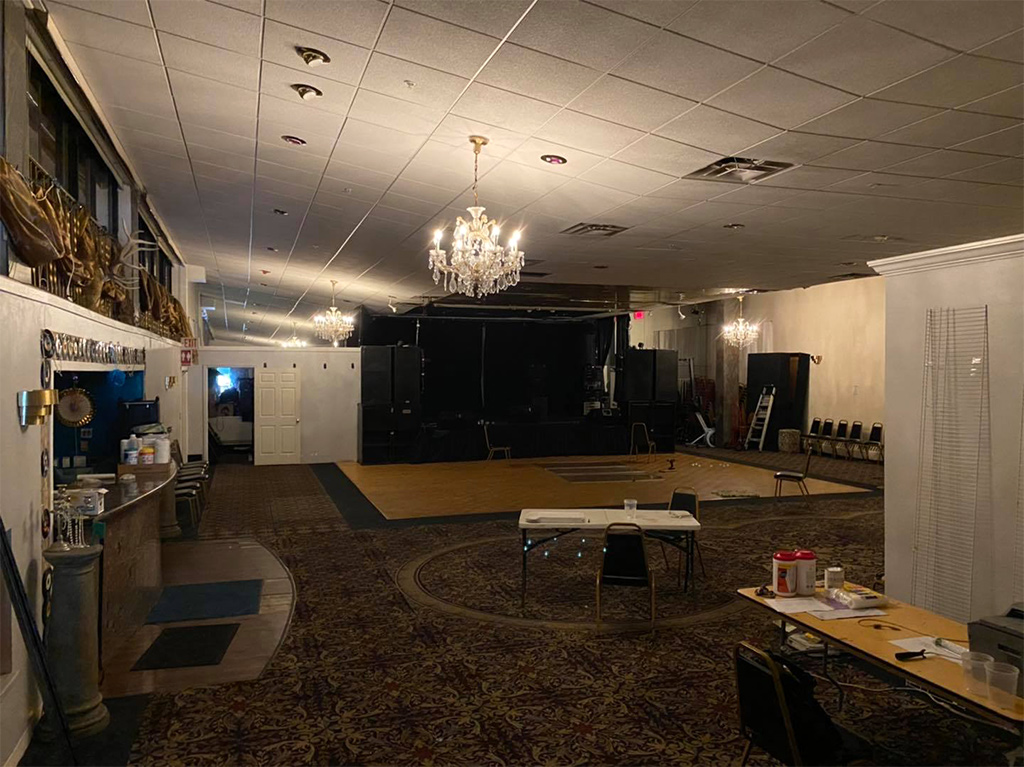 The Covid-19 shutdown has crippled the live entertainment industry, and a whopping 90 percent of arts spaces are not expected to survive it, according to a survey by the National Independent Venue Association. Although the government has enacted programs to support small businesses, clubs and theaters are unique in being unable to reopen with crowds. They remain closed by order of Cambridge and Somerville governments even as other “lower-risk communities” statewide will be allowed back at half-capacity starting Monday under an order of the governor.

The impact has local venues pushing for more federal aid under the banner of NIVA, which formed at the start of the pandemic to win financial relief for its 2,000 member businesses across the country. There are 10 members in Cambridge and Somerville.

“Organizations like NIVA are important because they’re getting us to talk to each other,” said JJ Gonson, owner of the nightclub Once Somerville. 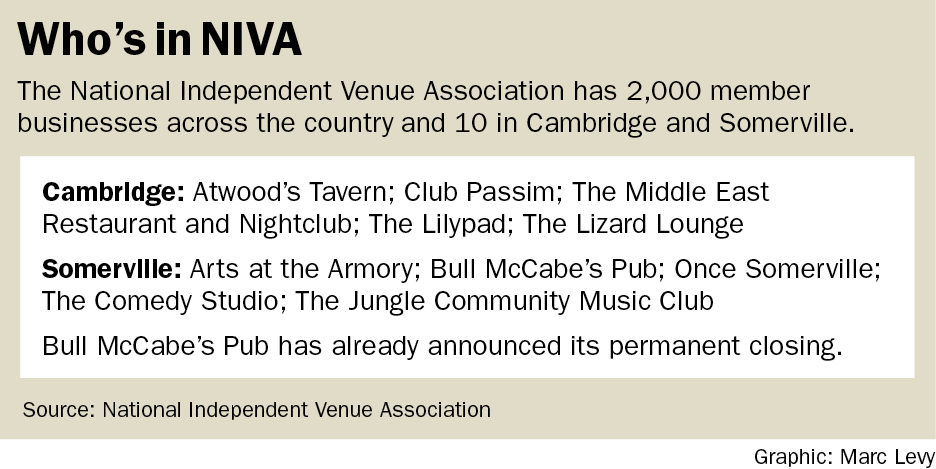 The association is championing passage of two bipartisan federal financial aid bills: the Save Our Stages Act and the Reviving the Economy Sustainably Toward a Recovery in Twenty-Twenty (Restart) Act.

The SOS Act, introduced by U.S. Sens. John Cornyn and Amy Klobuchar, allows the Small Business Administration to allocate up to $10 billion in grants to eligible venues for expenses such as rent, utilities and payroll.

The Restart Act, introduced by U.S. Sens. Michael Bennet and Toddy Young as well as U.S. Reps. Jared Golden and Mike Kelly, gives small businesses loans and greater flexibility in using Paycheck Protection Program aid, particularly for non-payroll expenses such as rent and utilities. Although programs such as the PPP fund primarily payroll expenses, the largest expenses for clubs come from rent and utility costs.

Association members say public participation could be crucial in getting the bills passed.

Advocates for aid encounter a misconception that the clubs are popular enough to withstand the financial blow of the pandemic, which downplays the devastation compared with other industries. Yet communities are seeing venues close permanently. Somerville has lost the small music venues Bull McCabe’s Pub and Thunder Road already; in Cambridge, neither The Middle East nor The Cantab Lounge, home of Club Bohemia and the Boston Poetry Slam, is expected to reopen even as they linger on the sales market.

“Once any place goes dark, it’s very hard to come back from that,” Gonson said.

Once Somerville and other venues have pivoted to virtual shows, but are struggling to develop online presences on an unproven platform. Passage of the SOS and Restart Acts will not only provide financial help, but also bring the needs of the live entertainment industry into the public spotlight. Even the passage of one of the two bills would revive the industry, said Adam Valen, a Pennsylvania precinct captain with the organization.

Keeping clubs open benefits their communities and broader economy. One study cited by NIVA and echoing local participation in an arts study estimates that for every dollar spent at a local venue, $12 is generated in surrounding businesses such as restaurants and hotels.

The passage of the federal acts “becomes a way of saving the art and, in the process, saving the community and the economy,” said Rick Jenkins, owner of The Comedy Studio, a comedy club in Somerville’s Union Square and a neighbor to the closed Bull McCabe’s and Thunder Road.

“There are now 300 people trying to make a living,” Jenkins said, referring to the roughly 300 comedians his club hosts in a year.

Although it has only four full-time employees, The Comedy Studio contributes to the local economy in terms of hiring bar staff, artist managers, technical staff and stagehands, among others, as well as bringing in more than 30,000 people annually who eat, drink and shop locally when they come in for a show. The club also participates in Union Square events such as the annual Somerville Fluff Festival.

This story was published in collaboration with the nonprofit small-business network Cambridge Local First.