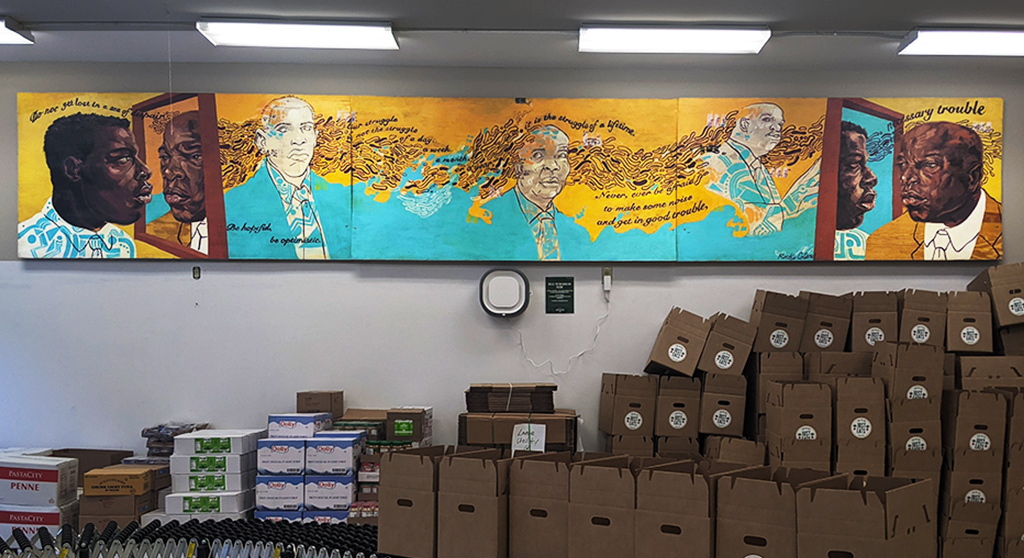 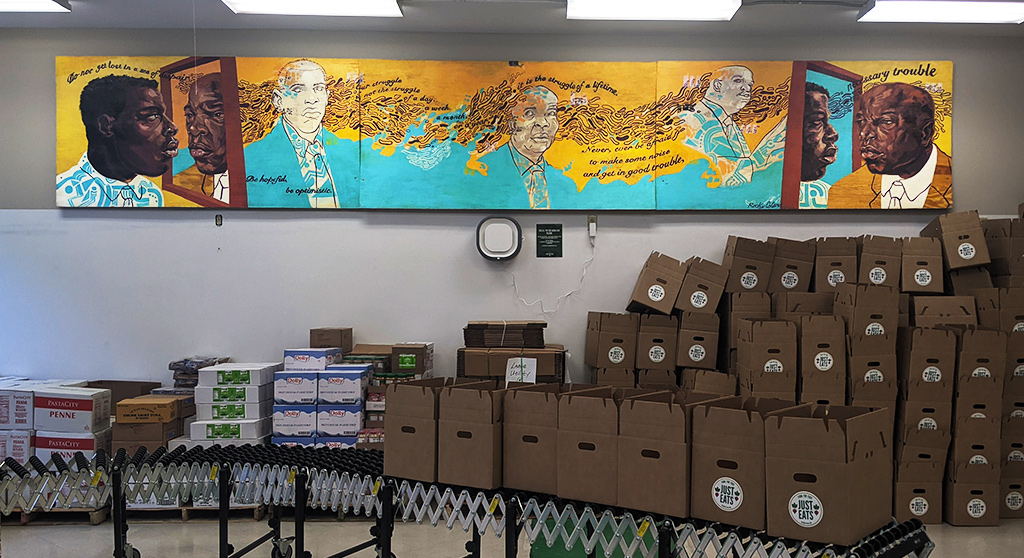 There’s a new home for a restaurant-commissioned mural of John Lewis that was found vandalized in the fall.

Originally commissioned by Cambridge restaurant Urban Hearth and chef-owner Erin Miller, the work by Haitian-born, Boston-bred artist Rocky Cotard honors the civil rights champion and congressman who died in July. It now looks over the East Cambridge distribution center of Food for Free, a nonprofit that provides access to fresh and nutritious food around Greater Boston.

The mural was found vandalized Nov. 17 at the outside dining area set up by Urban Hearth at 2263 Massachusetts Ave., North Cambridge. “I’m absolutely gutted,” Miller said at the time, responding to the black spray paint marring the image. Suspecting a hate crime, she called it “a violation of all that is decent, good and hopeful in our world.” Police found several businesses in the 2200-2300 block of Massachusetts Avenue vandalized in the same spree.

After volunteers cleaned up the mural, Miller and the rest of the Urban Hearth looked for a safe place to keep it during the winter – and found that home at Food For Free’s 73 First St. space provided rent free by East Cambridge developer Urban Spaces. The space was dedicated in December, as the nonprofit looked for a way to keep growing its services beyond what its Central Square home could manage.

The mural fits in well at Food For Free because the organization’s work aligns with Lewis’ values, Miller said.

“I couldn’t think of a better fit than an organization that works so tirelessly to address food insecurity – another victim of the lack of social justice and equity, and a crisis only deepened by the pandemic as it touches so many more of our friends and neighbors,” Miller said.