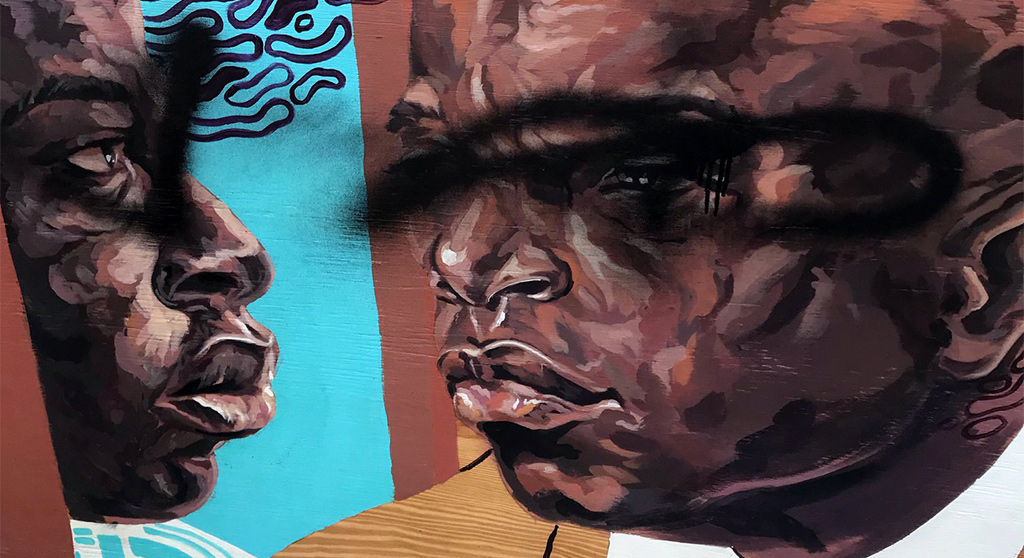 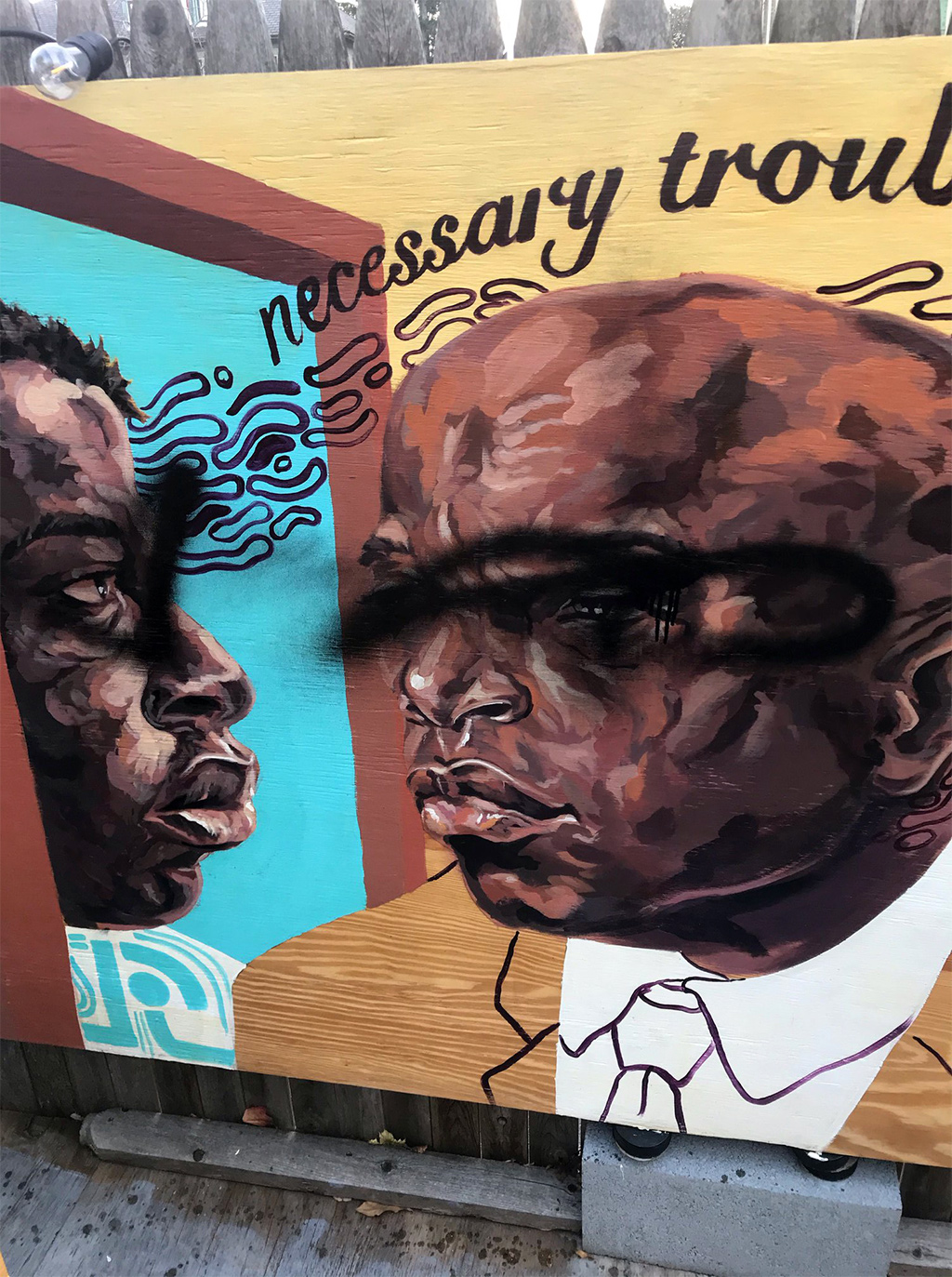 It’s been tough for restaurants recently with shortened hours, colder temperatures and perhaps another shutdown looming. Adding to the woes for Urban Hearth, the young nouvelle can-do north of Porter Square on Massachusetts Avenue, was an act of vandalism Monday that owner and chef Erin Miller described as “an obvious hate crime.”

“I’m absolutely gutted,” Miller said. The eatery’s cozy sidewalk pavilion, which I visited for a meal in August, had been since adorned by a mural enshrining recently passed civil rights icon and longtime Georgian lawmaker John Lewis, the subject of the 2020 documentary “Good Trouble.” The full-length alfresco design by local artist Rocky Cotard, commissioned by Miller and finished in early October, was marred by black spray paint in the middle of the night. To get to the images, the vandals had to get past dense pilings of furniture.

“Do not turn away from this … It is a violation of all that is decent, good and hopeful in our world,”Miller said online.

Miller said the police were beginning an investigation; it was unclear if there were cameras nearby that might have video helpful in the matter.

On Wednesday, police said several businesses in the 2200-2300 block of Massachusetts Avenue had been vandalized late Monday or early Tuesday, suggesting the vandalism was not exclusively targeted at the mural. Detectives are following up and looking for video evidence, said Jeremy Warnick, director of communications and media relations for Cambridge police.

While the Hearth has shut down the patio temporarily, the restaurant remains open for takeout.

This post was updated Nov. 18, 2020, with information from a police spokesman.