‘The Lost Daughter’: One gets away at a getaway in Maggie Gyllenhaal’s powerful directorial debut 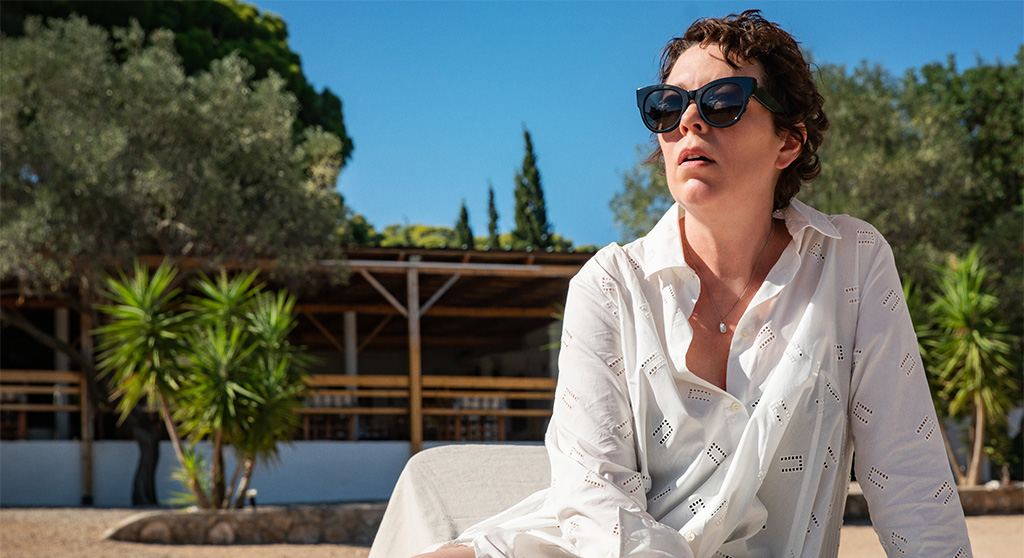 ‘The Lost Daughter’: One gets away at a getaway in Maggie Gyllenhaal’s powerful directorial debut

Maggie Gyllenhaal, the actress best known for her turns in “Secretary” (2002) and “Adaptation,” (2002) gets behind the camera for her directorial debut with “The Lost Daughter,” an adaptation of Elena Ferrante’s novel about a woman struggling with loss and trying to find solace in the present. It’s a tight, intimate portrait of a person trying to move on who gets caught up in the dramas of others. Gyllenhaal gathers a fantastic cast and educes some award-worthy performances. Her lead could not be any better: Olivia Colman, so good in “The Father” (2020) and an Oscar winner for her royal turn in “The Favourite” (2018), plays Leda Caruso, a comparative literary professor from here on vacation at a Greek resort. Ensconced in a book, a quiet day of beach reading is interrupted by a raucous crowd of partiers from Queens. She won’t cede her spot on the beach to the group, which has choice Jersey Shore reaction to her stiff-upper-lip rigidity. Then the young child of one of the festive lot (Dakota Johnson, “Fifty Shades of Grey”) goes missing. There’s mass panic along the beach, which Leda – experiencing some anxiety – has left. Natch, she finds the young girl in the woods on the way to her cabana and returns her to her mother, Nina (Johnson). The group from Queens rethinks their opinion of their obstinate beach neighbor, and an uneasy bond between the women takes root. Nina looks to Leda for maternal advice, while the writer in Leda probes into Nina, her familial and romantic relationships, as well as her furtive ditherings. Leda has her own dubious doings, absconding with the child’s favorite doll and reacting with zero affect when the child breaks down crying for their security blanket.

“The Lost Daughter” is less about that present story between Nina and Leda than about Leda’s internal emotional journey. In flashbacks we see the young Leda (played by Jessie Buckley, so good in “I’m Thinking of Ending Things”) living an ideal life with a husband and two daughters, but is drawn by the allure of power and intellectual commonality by an established literary professor (Peter Sarsgaard, Gyllenhaal’s husband). The performances by Colman and Buckley (who won the Boston Society of Film Critics for best supporting actress last week) are sublime and deeply felt. What’s more is that the transition between the two feels genuine and universal. The rest of the ensemble includes Ed Harris as a caretaker trying to break Leda’s icy facade, Paul Mescal as a resort attendant and Oliver Jackson-Cohen as one of the boisterous crew from Queens. It’s also one hell of a debut by Gyllenhaal, who’s going to have the cinema world hanging on her next directorial project.