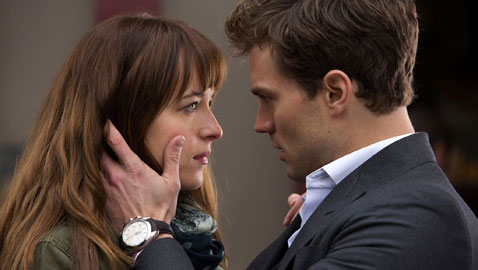 Through an act of fan-fiction gone amok, “Twilight,” Stephenie Meyer’s tedious YA vampire-cum-romance series about restraint and crossing over, got spun into a worldwide must-read that transposed characters and tropes into the carnal taking of a fetish-driven business tycoon (some might call them vampires too), all the while butchering any sense of literary craft to an unconscionable degree. Sadly, I can attest that “Fifty Shades of Grey” the movie is better than the pages on which E.L. James swapped out fangs in favor of butt plugs – and all in time for Valentines Day. 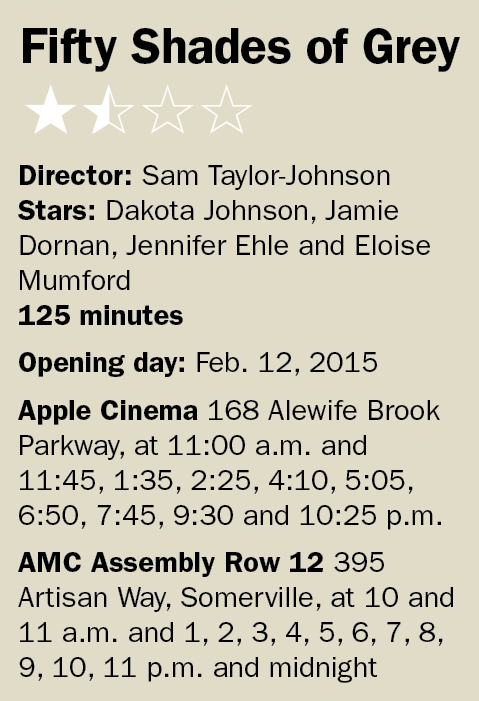 As far as the love story at the heart of “Shades,” the aloof, thinly inked title character, Christian Grey (Dornan), a reclusive billionaire, “doesn’t do romance,” ostensibly because he has intimacy issues. As a result, control and spanking are all that gets him through the night. It’s a chance encounter with the young, virginal Anastasia Steele (Johnson) during an interview for her school paper (she’s pinch-hitting for her sick roommate and armed with probing, canned inanities such as “Are you gay?”), that ignites Christian’s hope for a new sub(missive) and sets the stage for James’s reimagined pairing of Bella and Edward.

James began her opus on a fan site under the pen name “Snowqueens Icedragon” and called the series “Master of the Universe.” Ancestry matters because it trickles down. Hopefully the two quality actors caught up in this fetid fetish folderol, Marcia Gay Harden and Jennifer Ehle as the lovers’ mothers, collected sizable checks for their troubles and tarnish. The dialogue is beyond insipid (”I’m 50 shades of fucked up” or “I don’t make love; I fuck, hard”) and the timing and chemistry is nonexistent. Johnson, borrowing much of her mother’s left-of-center sexuality, gives as pleasantly a nuanced performance as one can when the role requires moans, pursed lips and an uneven mix of pushback and naive ingenue. Dornan is merely a wooden prop.

About the only one who comes away unscathed is Johnson. “Shades” will likely launch her career, but then again, look what happened to Elizabeth Berkley after “Showgirls.” The other Johnson in the picture, the one behind the lens, went from a “must see what she’ll do next” to a hack, and given there are more “Grey” films in the works, the door on that now seems closed.