‘I’m Thinking of Ending Things’: Breaking up – hard to do even without a blinding storm of meta 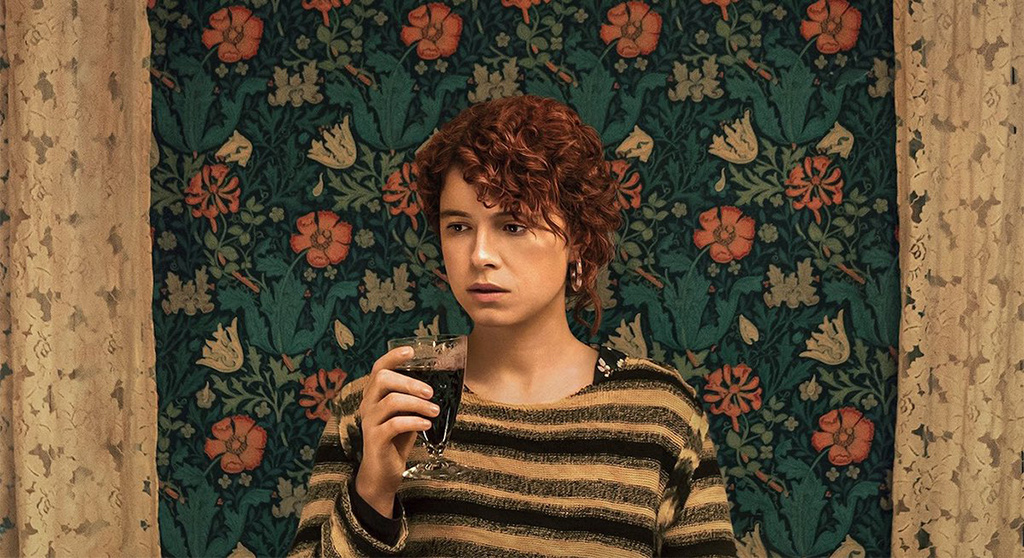 ‘I’m Thinking of Ending Things’: Breaking up – hard to do even without a blinding storm of meta

The latest from the mind of Charlie Kaufman, the man who penned “Being John Malkovich” (1999) and “Eternal Sunshine of the Spotless Mind” (2004), making his third directorial effort feels something of a follow-up to his trippy yet meandering 2008 debut, “Synecdoche, New York” if co-written by David Foster Wallace. Interestingly enough, Wallace is one of the many solemn topics discussed in “I’m Thinking of Ending Things” by Jake (Jesse Plemons) and his girlfriend (Jessie Buckley, whose character is never given a name and is referred to in the credits only as “the young woman”) on an arduous road trip. Other pleasant and not so pleasant subjects arise as the two sail through a brimming snowstorm: Mussolini, Wordsworth, the musical “Oklahoma!” and suicide bombers – routine stuff, in Kaufman’s universe.

Tellingly, as the sojourners dig intellectually deep into anything grim or arty, their seeming road to nowhere takes on an existential quality, an apt reflection of where the couple’s relationship is likely heading on their way to meet Jake’s parents. They’ve been dating for a few weeks and already the pairing seems doomed, if not done. The title, taken from Ian Reid’s novel (that the film is based on) is not about suicide, as one might think, but the refrain in voiceover asides by Buckley’s passenger about how she needs to end things with Jake each time he responds to her vibrant snark with glum counter offerings.

The drive through vast farmlands, with a storm gathering strength and light dimming, goes on for a good long while. You feel as if they’ll never make it anywhere, but lo and behold, they arrive at the place of Jake’s youth, a stately farmhouse with a barn full of sheep. There’s a couple of dead ones frozen just outside the barn door, and that too feels like a bad omen, as is the story about the pigs that are no longer there. The tang of death is in the air, and Jake’s parents (David Thewlis and Toni Collette) form an odd pair. Mom’s a nervous sort, always adoringly patting Jake on the arm – from which he hisses and recoils like a viper ready to strike – while dad routinely invades the houseguest’s personal space. Something’s wildly off, and you begin to feel a dark vibe like in Ari Aster’s“Hereditary” (2018), which also starred Collette, or M. Night Shyamalan’s “The Visit” (2015), and to brace yourself. Without giving too much away, things do get weird as time and mental faculties begin to shift and warp. The sudden surreality appears normal for Jake and his parents, but Buckley’s guest, our tour guide to this strange dimensional bending, seems nonplussed as well.

Kaufman likes to put forth his inner quirk and push boundaries, but also knows how to engage viewers. His works such as “Malkovich” and “Spotless Mind,” when filtered through another’s lens (Spike Jonze and Michel Gondry) possess focus and form. His first directorial effort was bolstered by a killer cast (Phillip Seymour Hoffman, Michelle Willams, Catherine Keener, Jennifer Jason Leigh and Tom Noonan) yet felt loose and in need of reining in. His follow-up, the animated “Anomalisa” (2016), was tighter and his best to date from behind the lens. There, a motivational speaker (voiced by Thewlis) may or may not be suffering from psychosis, like Hoffman’s theater director in “Synecdoche” and Jake here, in one of the late changeups that stand “Ending Things” on its head. The film as it begins feels clearly like it’s the story of Buckley’s “young woman”; as the two end up at Jake’s old high school, the POV shifts, and unsettlingly so. You feel cheated – not so much because she’s the more interesting of two or that it’s a crime to see the incredibly talented Buckley (“Wild Rose” and TV’s “Fargo”), blessed with chestnut red locks and an engagingly crooked smile, muted and relegated to the side, but that it feels like another tale altogether. Then there’s the intermittent weave of the old janitor (Guy Boyd) entrenched in his mundane routine and the Lynchian excursion to a freaky Dairy Queen (Tulsey Town) in the middle of a blizzard that keep your mind on edge. No matter how subtle or jarring Kaufman’s shifts are, they always intrigue. The film ends and you’re left with WTFs you can’t shake or wrestle to the ground. I’m not sure that was necessarily Kaufman’s aim, but whatever it is, “Ending Things” is captivating and inescapable brain floss.