‘The Favourite’: These ladies will do anything to get upper hand in cold world of royal court 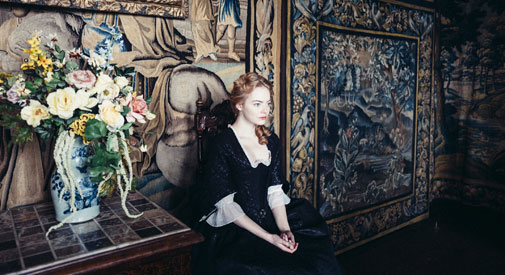 ‘The Favourite’: These ladies will do anything to get upper hand in cold world of royal court

There isn’t an abundance of warmth in the works of director Yorgos Lanthimos. The filmmaker behind titles such as “Dogtooth” and “The Lobster” is more fascinated by the macabre and the horrors humans inflict on one another when their place in the world is threatened. “The Favourite,” focused on the relationship between a queen and two women striving for the power she holds, doesn’t stray too far – the characters all still do wretched things to one another – but is the most the director has ever signaled empathy for his characters. The devilish humanity coloring the corners of the film makes for an even more enriching picture and, hilariously, his most accessible. 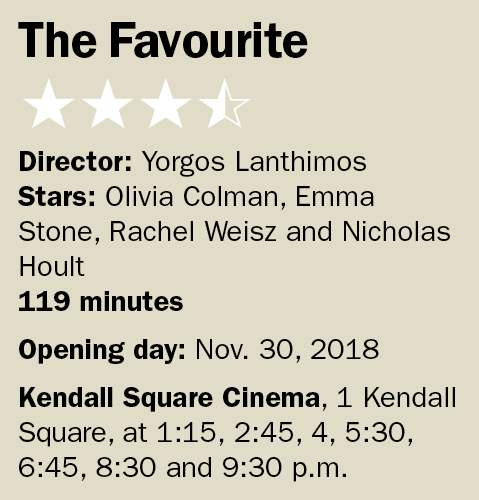 Queen Anne (Olivia Colman) is suffering from gout that continues to worsen, the loss of 17 children whom she’s marked with pet rabbits and the inability to rule her country the way Lady Sarah (Rachel Weisz), her closest confidant, sees fit. Sarah has been ruling in whispers from the sidelines for ages, a role she thrives in while keeping up her more than platonic affair with the queen, until her younger cousin Abigail (Emma Stone) arrives, asking for a job. Lost in a drunken bet by her father at the age of 15, her titles have been stripped; she plans to regain them by working her way into the good graces of the mournful queen.

A dark comedy, vengeful drama and effusive character study, “The Favourite” never becomes muddled in its many themes and agendas. Part of this clarity rests on immaculate set design, crisp in its layout and captured in a dreary haze by cinematographer Robbie Ryan, and remarkable costuming by Sandy Powell, who makes Sarah near militaristic in her outfits, androgynous by design and downright witchy in her finery, while Abigail comes presented as a doily and is most herself when she’s wrestled with a suitor and arrives to the queen with her dress torn, or naked in bed, her intentions clear.

While there’s no weak link in the cast, from Weisz’s steely gaze to Nicholas Hoult’s very Hugh Grant-lite taut wit, it’s Colman and Stone who steal the film. Colman’s queen might’ve come across a screeching, preening caricature of royalty too pompous and lazy to achieve anything on her own (enter Weisz), but beneath the frenzied appearance is a deep vulnerability and wisdom born of pain. Stone and her doe eyes and perceived innocence do half the work of deceiving the audience before unleashing something willy and deliciously petulant.

The actions, but not the characters themselves, are played for laughs, and Lanthimos has an innate understanding of how to direct to reinforce some of the darker comedic moments. All of the characters need something from the other, be it comfort, power or status, but too few can see beyond their own ambitions. As Weisz’s Sarah says to Abigail at one point, the two were playing at very different games where one believes there’s a victor and the other sees only loss.

Running a touch long, “The Favourite” is nothing if not a wildly intriguing journey with one of the most provocative closing frames of the year – one that makes you reevaluate completely the film you’ve just seen and the characters in it. It’s a genius stroke. “The Favourite” may not be able to convert all Lanthimos naysayers, and fairly so, as even the brightest moment here is still thrust immediately back into the murky grays of human nature. But it may succeed in surprising a few who believed they’d had the director’s shtick all figured out.