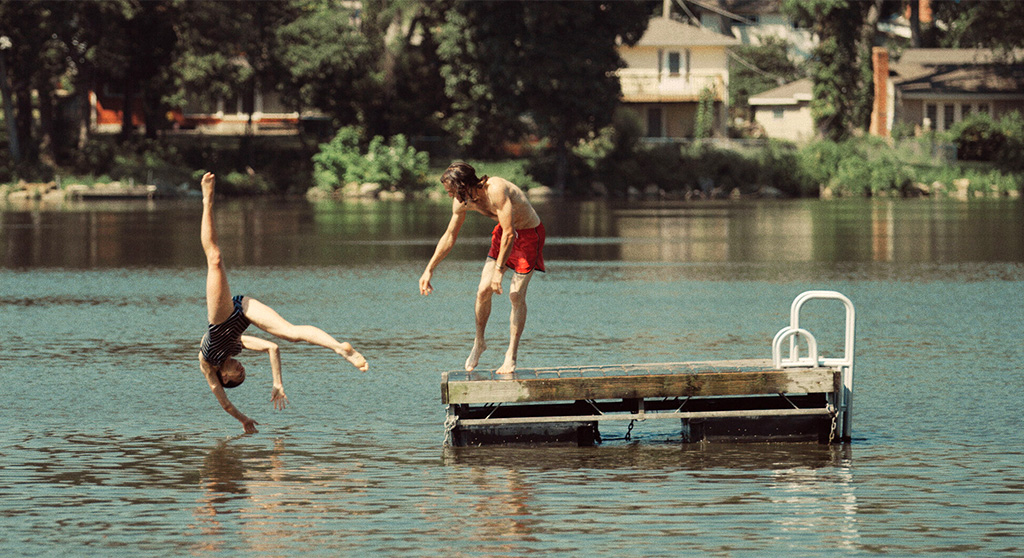 Jane Campion’s Oscar-buzzing Western (and a Day top film of 2021), “The Power of the Dog” plays tonight as part of The Brattle Theatre’s “Some of The Best of 2021” program, with electric performances from Benedict Cumberbatch and Kodi Smit-McPhee and sumptuous cinematography by Ari Wegner. It screens alongside Rose Glass’ debut film, “Saint Maud,” about the relationship between a hospice nurse (Morfydd Clark) and her mercurial cancer patient (Jennifer Ehle). On Monday it’s “Shiva Baby,” Emma Seligman’s dark, satirical coming-of-age drama about an introverted young jewish woman (Rachel Sennott) struggling to make it in New York. It’s paired with Amalia Ulman’s “El Planeta.” Thursday it’s Questlove’s documentary “Summer of Soul (…or, When the Revolution Could Not Be Televised)” about the great 1960s Harlem music festival that rivaled Woodstock. For special engagements, on Friday The Brattle will screen Jóhann Jóhannsson’s “Last and First Men,” which sadly marks the recently passed composer’s directorial debut – he scored Denis Villeneuve’s “Sicario” (2015) and “Arrival” (2016). The film, about a race of humans in the future on the brink of extinction, is based on Olaf Stapledon’s book and narrated by Tilda Swinton. Also on Friday is the 30th anniversary screening of David Lynch’s “Twin Peaks: Fire Walk with Me,” the cinematic follow-up to the hit TV series about the mysterious happenings to Pacific Northwest ingenue Laura Palmer (Sheryl Lee). Like the series, the film has a square-jawed Kyle MacLachlan as the intrepid Agent Cooper; David Bowie pops up in a bit part.

This week the Somerville Theatre runs “Wheel of Fortune and Fantasy” by Ryûsuke Hamaguchi, who’s had a breakout year with this anthology about love, memory and manipulation as well as “Drive My Car,” a heavy Oscar favorite and Cambridge Day’s top pick of 2021. “Wheel” plays four nights beginning Monday. Starting Friday, the theater will begin a reparatory big-screen run of Francis Ford Coppola’s 1974 classic about paranoia, wiretapping and all things emblematic of the Nixon administration, “The Conversation.” Given the film’s use of surveillance footage and audio decoding, seeing it on the big screen is a must. The incredible cast behind Gene Hackman’s edgy technical expert include Cindy Williams (“Laverne & Shirley”), Robert Duvall, Frederic Forrest, John Cazale (one of his scant five films, three with Coppola), Teri Garr and Harrison Ford before he played Han Solo.

If you’re hooked on “Ozark” and Missouri lake life, here’s another drama set on an MO lake – the one of the title – but with no drugs, cartels or casinos, just sleepy lake life as we hang out with Forrest (Todd Blubaugh) an affable slacker living on a boat. On the pier one day he meets Everly (Nicola Collie), a dancer and a New Zealand transplant. They hit it off and drift along the lake living a dreamy, ideal existence until there are questions about the future: Forrest likes living in the now and just getting by, while Emily wants more. Money issues and some trauma from Emily’s past arise as well, and things get suddenly rocky, not to mention small-time criminal. The feature debut from do-everything Trevor Hawkins (he’s writer, director, editor and cinematographer) impresses in its clean, arty production values, especially given its micro-budget restrictions. The tight, intimate picture of two people drawn together and then pulled apart by ideals and circumstance makes Hawkins a talent to watch for. That said, he doesn’t get his calling card kudos without his talented leads. On Amazon Prime Video.

Clifton Collins Jr., largely a character actor with a long list of small, affecting parts in such films as “Traffic” (2000) and “Capote” (2005), gets a chance to break out to the front as the aging horse racer of the title. The rub comes when an upstart jockey (Moises Arias) shows up at the track and claims to be his son, and Collins’ rider subsequently gets medical advice to quite riding or he could die – akin to the main character in “The Rider,” the 2017 indie wonder that made Chloé Zhao a household name. Collins is on point; the material directed by Clint Bentley, however, is far too often predicable. Here’s hoping Collins gets more chances to come out of the gate as a lead. At Landmark Kendall Square Cinema, 355 Binney St., Kendall Square.