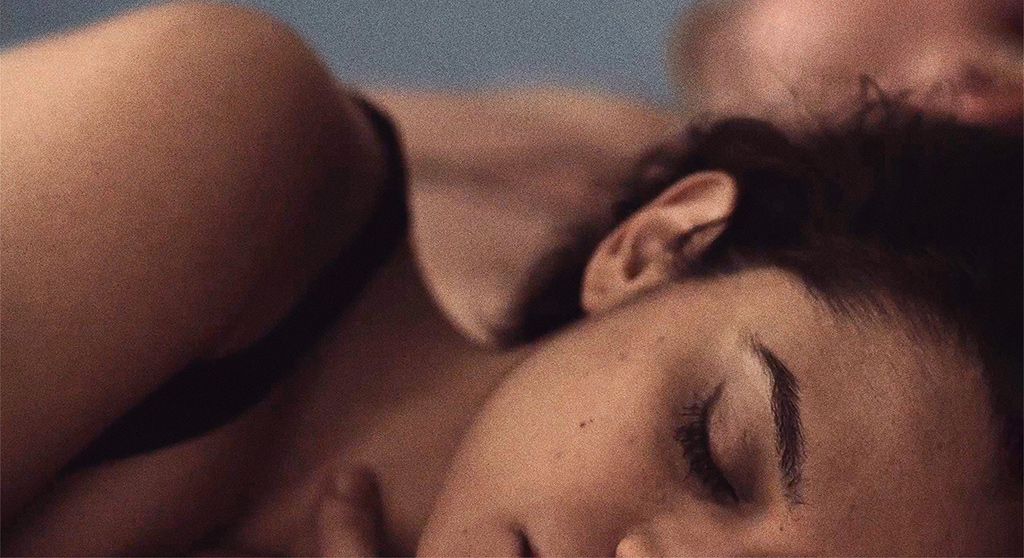 With vaccinations and boosters we allegedly got back to normal in 2021 – or maybe we got to the “new normal”? In any case, we did get back to seeing movies in a theater, but in limited capacities and with proof of vaccination, negative tests for coronavirus and masks on. That said, big movies were back in the form of Bond (“No Time to Die”), “Dune,” and “The Matrix Resurrections,” though some such as “Top Gun: Maverick” continued to wait it out as hotly anticipated big-screen entries such as Steve Spielberg’s remake of “West Side Story,” recent Oscar winner Chloé Zhao’s Marvel entry, “Eternals,” and Adam McKay’s “Don’t Look Up” came up short of commercial and critical expectations.

Marvel, as expected, expanded its universe with“Eternals,” “Shang-Chi: The Legend of the Ten Rings,” the hybrid (and controversial) release of “Black Widow” and small-screen hits “Loki,” “Hawkeye” and “WandaVision” among many – and just as the mega Marvel-verse looked to be running out of gas and struggling to reinvent itself, out came “Spider-Man No Way Home,” which has critics giving it a thumbs up and became the first and only film to earn more than $1 billion in 2021.

There were a lot of films we considered for the Day’s best, but not all can make the list. Some small-budget curios that resonated were Michael Sarnoski’s “Pig,” starring Nicolas Cage as a distraught truffle hunter whose swine is swiped; the tweet-inspired road trip “Zola”; and the wonderfully weird “Annette” from the mind of Leo Carax. On the arty side, Wes Anderson’s love letter to midcentury storytelling at the New Yorker, “The French Dispatch” and Paul Thomas Anderson’s bawdy rewind to teen years in 1973 Encino, “Licorice Pizza,” caught our eye but came up short. Below are this year’s top 10. (Tom Meek)

“The Killing of Two Lovers”

Robert Machoian’s taut portrait of an unconventional marriage begins with a pick in the eye as a disheveled, clearly emotionally troubled man with pistol in hand – whom we later learn is named David (Clayne Crawford) – hovers over his wife, Nikki (Sepideh Moafi) sleeping peacefully alongside her new boyfriend Derek (Chris Coy) in a nondescript bedroom. It’s hard to decamp from that scene, but Machoian does so dutifully as we dive into the backstory of how Nikki and David parted and her union with Derek came to be – it’s not an illicit tryst and this is definitely not your typical love triangle, but an out-in-the-open relationship, with kids involved. The film’s told mostly from David’s tortured POV, and yet the plot moves in surprising, character-driven ways. The performances feel lived in; look for more from these talents. (Tom Meek) On Hulu and available for rent or purchase on Apple TV+, Google Play and other services.

“Summer of Soul (…Or, When the Revolution Could Not Be Televised)”

Questlove, Jimmy Fallon’s “The Tonight Show” band leader, dives back in time as a filmmaker to document the 1969 Harlem Cultural Festival that was the soul/funk version of Woodstock (aka “The Black Woodstock”). Michael Wadleigh’s 1970 rock doc about the upstate New York hippie fest was shot and compiled in the moment (edited by a young Martin Scorsese) and used only concert footage; Questlove’s vision adds interviews and touches on politics – Jesse Jackson speaks then and now – and race; but as you can expect, the musical performances and the vibe of the era are the soulful pulses of the film. It’s an infectious pleasure to see Stevie Wonder take a seat and bang out a solo on the drums, and Sly and the Family Stone totally knock it out of the park. Other great performances include those by B.B. King, Nina Simone, Gladys Knight & the Pips and the 5th Dimension. (Tom Meek) On Hulu.

A surreal and thoroughly haunting psycho-horror that goes to places few would expect and is definitely not going to be everyone’s cup of tea. Alexia (Agathe Rousselle, brilliant in her first major role) has a massive metal plate in her head (and a nasty scar) from a car accident as a child. As a young woman she lives at home with her parents while working as an erotic dancer at an auto show club and spends her spare time adding to her totals as a serial killer. Her means of dispatch are brutal and to the point – she’ll even clean out a whole house with just a hairpin and a bar stool. The film morphs some as Alexia, looking to evade the police, poses as the long-lost son of a fire chief (Vincent Lindon). Director Julia Ducournau, who notched the Palme d’Or at Cannes for the film, has been down the road of bloody and weird before with her 2016 debut “Raw” (about a young woman with cannibalistic urges). She pushes the envelope more here, dipping her toe into an outré artiness that bears the same strange edge as “Annette” (2021) or, say, “Neon Demon” (2016). After all, there is sex with a vintage Cadillac and no muffler to prevent pregnancy. (Tom Meek) For rent or purchase on Microsoft, DirecTV and other services.

Jasmila Zbanic’s taut “Quo Vadis, Aida?” takes us back to the raw horror of ethnic cleansing during the war in Bosnia and Herzegovina during the 1990s. Seen through the eyes of the U.N. interpreter of the title (Jasna Djuricic, fantastic), the film focuses on the small town of Srebrenica, where Bosnian refugees are being aided by U.N. forces as the Serbian army approaches. It’s a harrowing ordeal as Aida tries to arrange safe passage for her ethnic Bosnian husband and son. History would later record that the Serb army under the command of Ratko Mladić would murder and rape more than 7,000 civilians. Other western-made films such as “Welcome to Sarajevo” (1997) and Angelina Jolie’s “In the Land of Blood and Honey” (2011) have tackled the genocide-fueled conflict, but none so inwardly emotionally and intimately as Zbanic’s caught-in-the-crosshairs depiction. It’s one that truly and rightfully won’t let us forget. The film is an Academy Award nominee for Best International Feature Film. (Tom Meek) On Hulu and Kanopy and widely available to rent or buy.

“The Power of the Dog”

Jane Campion, the director of “Sweetie” (1989) and “The Piano” (1993), who hasn’t made a feature film since 2009 (the Keats biopic “Bright Star”), returns to the big screen with this fabulous-looking Western based on the 1967 novel by Thomas Savage. The setting’s Montana in 1925, with the Burbank brothers Phil (Benedict Cumberbatch, “The Electric Life of Louis Wain”) and George (Plemons, “I’m thinking of Ending Things”) running a prosperous cattle ranch. Soft-hearted George handles the business end, while Phil manages the cowhands with a maniacal swagger. George weds a single mother named Rose (Kirsten Dunst) and at first it seems like a happy union, but Phil’s harping on Rose triggers her to drink to escape his quiet cruelty, and he bullies her effeminate son Peter (Kodi Smit-McPhee). George gives wide deference to Phil’s gruff, cutting demeanor. Savage, who was closeted at the time the novel was published, wrote it from his experiences growing up on a cattle ranch.The cast is impressive, most notably Cumberbatch, known mostly for his cerebral roles as Sherlock Holmes“Doctor Strange” (2016), is unexpectedly brash and imposing here, and Smit-McPhee, the boy in Cormac McCarthy’s “The Road” (2009), is vulnerable but with a steely resourcefulness. The real knockout is the cinematography by Ari Wegner (“Lady Macbeth”), which employs ingenious framing devices to showcase the sumptuous beauty of the golden northern plains. (Tom Meek) On Netflix.

Jonas Poher Rasmussen’s powerful, animated documentary “Flee” tells the story of a man forced to leave his home in Afghanistan as a refugee to Denmark. The film’s greatest strength is how empathetically it opens up the world to viewers. There are dire and deeply unsettling moments in the film as the subject recounts his perilous journey and the years after, when he kept his status a secret. It never seems exploitative, though, and there’s a remarkable level of artistry displayed, especially in the boundary-pushing framework in which the film and director work. (Ally Johnson) Not available.

Golden Globe nominee and mixed-race Brit Rebecca Hall (“Vicky Cristina Barcelona”) makes her directorial debut adapting a Nella Larsen novel set at the intersection of the Harlem Renaissance and Prohibition-era Manhattan. During a brief shopping excursion in which she pretends to be white, Irene (Tessa Thompson) encounters Clare (Ruth Negga), a former high school friend who is also black yet married to a self-professed racist white banker ignorant of his wife’s heritage. The opulently shot black-and-white film – clearly an intentional metaphor – improves with repeat viewings and could become a classic. Hall and Thompson create a complex protagonist, but it’s Negga who steals the spotlight, convincing as a woman caught between two worlds. (Sarah Vincent) On Netflix.

A perplexing and beguiling film about cowardice, the value of honor and fulfilling personal destiny, “The Green Knight” is director David Lowery’s best work to date. As a spin on the Arthurian legend that builds upon the story like a tapestry through barely linear storylines stacked one chapter atop another until they bleed into a hazy fever dream, Lowery’s film is deliberately cyclical in telling the story of young Gawain. Our would-be hero, played with grace and precision by the wonderful Dev Patel, is in a perpetual state of hesitant and bewildered action, often as surprised by his own decisions and motives as we are. “The Green Knight” begs the viewer to reflect on the choices of our would-be hero and the many encounters – good, bad, and in-between – that he has along the way. A surprisingly playful yet at times severe retelling of an old tale brought anew, Lowery’s latest is an assured triumph. (Ally Johnson) For rent or purchase on Redbox, Amazon Prime Video and other services.

Maggie Gyllenhaal, the actor best known for her turns in “Secretary” (2002) and “Adaptation” (2002), gets behind the camera for a directorial debut adapting Elena Ferrante’s novel about a woman struggling with loss and trying to find solace in the present. It’s a tight, intimate portrait of a person looking to move on but getting caught up in the dramas of others. Olivia Colman (“The Father” and “The Favourite”) stars as Leda Caruso, a comparative literary professor from here – it’s not explicit, but fair to assume Harvard – on a “working” vacation at a Greek resort and clashing with a raucous crowd of partiers from Queens. Leda finds the the child of one such “Jersey Shore” reveler (Dakota Johnson). Strange, matronly relations ensue, as well as a rewind into Leda’s mercurial past, which is littered with life- and emotional fabric-altering choices. Colman, who’s already notched an Oscar, is at the top of her game; Jesse Buckley (“I’m Thinking of Ending Things”) delivers a deeply felt, award-worthy turn as the young Leda. (Tom Meek)At Kendall Square and on Netflix starting Dec. 31.

Director Ryusuke Hamaguchi’s greatest strength (among many) as a filmmaker is his ability to imbue the minutiae of everyday life with a sense of wonder and urgency. As one of the most exciting new directors, he’s demonstrated prowess in capturing the details of human emotions; in this latest, based on a Haruki Murakami short, he again exposes the worth that comes from connection with another person, place or piece of art. Between the beautiful and peculiar frames, which in the beguiling work of cinematographer Hidetoshi Shinomiya take either a bird’s-eye view or hover close behind a character’s shoulder, Hamaguchi loves to isolate his characters to expose them. Hamaguchi’s ace in the hole is leading man Hidetoshi Nishijima, who conveys a soulful and contemplative portrait of grief and passion and how the two intersect. (Ally Johnson) Not available.