A Black History Month trio led by ‘Living Dead,’ with Brattle romances and even ‘Mr. Chicken’ 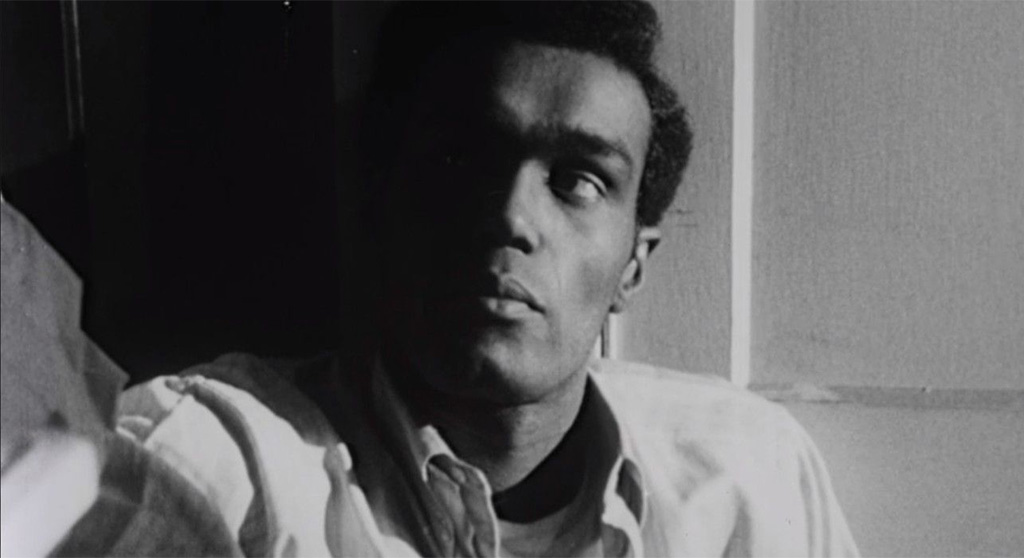 A Black History Month trio led by ‘Living Dead,’ with Brattle romances and even ‘Mr. Chicken’

Our writers have picked three movies as suggested viewing to help expand cinematic horizons on the black experience in America:

George A. Romero’s directorial debut created a dystopian monster genre that still stokes horror lovers’ imagination and was one of the rare films of the time to star a black man. Romero got viewers to root for Ben (Duane Jones, who would later play a vampire in “Ganja & Hess,” rewrote and elevated his characters’ lines) while, under siege in a remote Pennsylvania house, he engaged in taboo activities for a black man – taking on a leadership role, touching a white woman, defending himself and fighting back against white men. By the end of this bleak carnage, viewers are left to ask who the real monsters are, and the destruction within and outside the house is seen as a possible metaphor for the state of our nation, including the incompetent allies endangering Ben. Romero’s distrust of authority is reflected in the ending, with cops brandishing guns and German shepherds on taut leashes carrying out extrajudicial executions conjuring the imagery of then contemporaneous civil rights marches under siege by the police. (Sarah Vincent) On HBO Max, IMdB TV and other services.

Pioneering African American filmmaker Oscar Micheaux’s second film is widely seen as a response to D.W. Griffith’s “The Birth of a Nation” (1915), though Micheaux has said it was more a depiction of the Great Migration and the harm of Jim Crow laws. The film has seeds in our fair Boston, as it centers on mixed-race Southern school teacher Sylvia Landry (Evelyn Preer) traveling north to secure funding for her school, which is about to close. While in The Hub, Sylvia is robbed and meets a dashing young man. Love triangles ensue; back down south darker matters of bloodlines, incest and lynchings take root. Micheaux, a train porter born the son of a slave, got into filmmaking when an adaptation of his novel “The Homesteader” stalled; he made it his own debut film. Noted as the first black filmmaker, Micheaux has more than 40 credits to his name in a career that spanned the silent, talkie and color-film eras. He died a decade before the civil rights struggles of the 1960s. (Tom Meek) On Paramount+, Epix and other services.

Artfully shot and rendered, with colors that exude warmth and texture, Barry Jenkins’ third feature, “If Beale Street Could Talk,” demonstrates a filmmaker in complete control of his skills. Its lush, vibrant and spilling-over-the-frame yellows, blues and endless sunsets make for visual poetry worthy of the material: the classic novel by legendary writer and poet James Baldwin. The film is preoccupied with small moments of joy, familial bonds and love despite the grim hurdles faced by lovers Tish (newcomer KiKi Layne) and Fonny (Stephan James) in a racially prejudiced justice system. The supporting cast is excellent. Regina King won an Oscar for her turn as Tish’s mother, and Brian Tyree Henry as one of Fonny’s buds delivers a standout scene with emotional punch. The character-driven narrative underscores the inequity that’s been simmering so long under the covers, but “Beale Street” is also one of the most visually beautiful films of the past 10 years. (Ally Johnson) On Hulu.

The DocYard returns to The Brattle on Monday with Fan Jian’s “After the Rain,” a sequel to the 2011 doc “The Next Life” about the 2008 Sichuan earthquake that killed nearly 6,000 students. “Rain” follows two families who lost daughters named Rain trying to deal with their grief as the government encourages families to repopulate. In Chinese with English subtitles. The director will be on hand for a virtual Q&A after the screening.

With Valentines Day on the way, love is in the air and on the screen in The Brattle’s “Great Romances” program, which begins with “Love & Basketball” (2000) on Wednesday. The film, directed by Gina Prince-Bythewood (“The Old Guard”) revolves around hoop prodigies Monica (Sanaa Lathan) and Quincy (Omar Epps), who grow up together and have romantic ebbs and flows tied to on-court triumphs and failures. On Thursday, it’s Daniel Day Lewis, the only actor to win three lead male Oscars, in one of the early films that cemented his stardom: “My Beautiful Launderette,” Steven Frears’ 1985 depiction of a same-sex, interracial couple who open a laundromat during tumultuous times in London. Friday, it’s Jim Jarmusch’s 2013 instant classic “Only Lovers Left Alive” staring Tilda Swinton and Tom Hiddleston as ageless vampires living in Detroit. The laconic, lethargic tonality is hypnotic, and the excellent ensemble includes Anton Yelchin, Jeffrey Wright, John Hurt and Mia Wasikowska as a voracious succubus. On Saturday it’s the ultimate May/December romance, “Harold and Maude” (1971), in which a suicidal young man (Bud Cort) takes up with a quirky woman some 60 years his senior (Ruth Gordon, hot off winning an Oscar for her indelible turn in “Rosemary’s Baby”). The film, directed by Hal Ashby (“The Landlord,” “The Last Detail”), is a cornerstone of New Hollywood and boasts a great folk-rock soundtrack by Cat Stevens.

There’s some good, old-fashioned spooky family fun next weekend at the Somerville Theatre, which is showing a run of the 1966 comedy “The Ghost & Mr. Chicken,” starring the indelible Don Knotts as a milquetoast typesetter at a newspaper out to earn his wings as a reporter by solving a murder. The trail leads to haunted house with hidden passages and the specter of the title. It’s not like the “Hotel Transylvania” or Harry Potter series kids may be streaming these days, but it is a neat cross-generational horror spoof that covers all the bases and may instill a love for goofball, family-friendly comedies of the era – “The Love Bug” (1968) and “The Computer Wore Tennis Shoes” (1969), among many. (Tom Meek)

Sister documentarians Emily and Sarah Kunstler continue the family legacy of fighting for racial justice – their father was civil rights attorney William Kunstler – by adapting a speech delivered on Juneteenth 2018 by Jeffrey Robinson, a former ACLU deputy legal director and founder of the Who We Are Project. Robinson proselytizes to push past the “tipping point,” the historical phenomenon after Reconstruction and the mid-20th century civil rights movement when racial progress in America takes a Sisyphean slide backward. The Kunstlers, however, fail to translate his words into moving images that could have complemented Raoul Peck’s vigorous and rousing “I Am Not Your Negro” (2016) – this is more of a TED Talk. If willing to settle for a humanizing lecture, studious viewers will be rewarded with riveting interviews with Lessie Benningfield Randle, a 107-year-old survivor of the Black Wall Street massacre, and author Josephine Bolling-McCall, who spoke at Boston’s own Old South Church on March 6, 2020. With the pandemic preventing large gatherings, this film may be the only way Robinson can reach more people with his message of national repentance and healing. (Sarah Vincent) At Landmark Kendall Square Cinema, 355 Binney St., Kendall Square