Is the latest ‘Chainsaw Massacre’ worth the time? ‘Rock Bottom Riser’ and ‘Dog’ are surer things 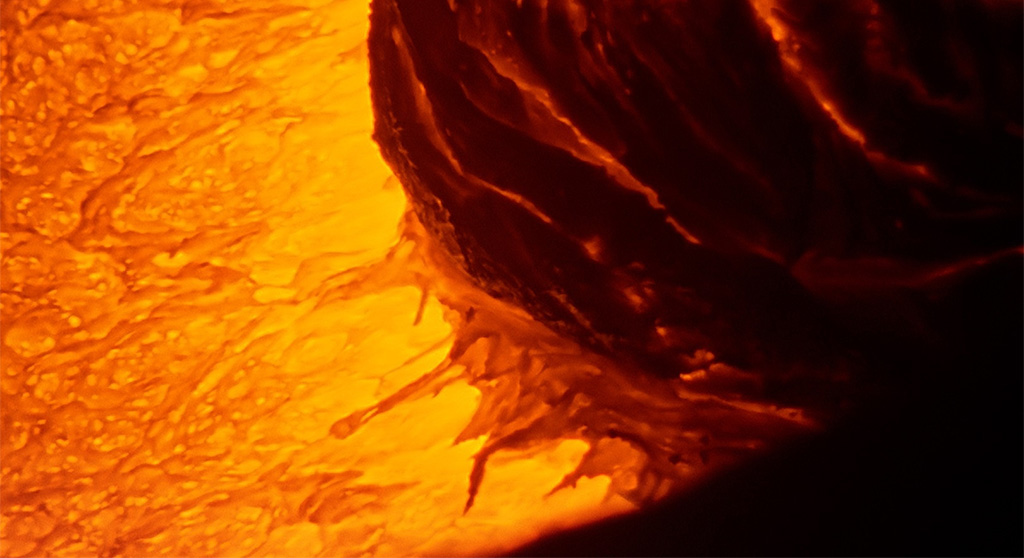 Is the latest ‘Chainsaw Massacre’ worth the time? ‘Rock Bottom Riser’ and ‘Dog’ are surer things

The DocYard screens Fern Silva’s “Rock Bottom Riser” at The Brattle Theatre on Monday. The visual essay about colonialism, origin and indigenous epistemologies showcases fiery magma belches from the Kilauea volcano in Hawaii and the battle over the proposed construction of an astronomical observatory atop Mauna Kea, a sacred site in native Hawaiian culture. Friday and Saturday at The Brattle brings a double tap from French filmmaker Jean-Jacques Beineix. It starts with a screening of “Betty Blue” (1986), picking up after love at first sight between a struggling novelist (Jean-Hugues Anglade) and the tempestuous, titular Betty (Béatrice Dalle, so good here in her breakout performance, and even more magnetic and mercurial in Claire Denis’ ultra-grim 2001 tale of vampirism, “Trouble Every Day”). The film, based on Philippe Djian’s “37°2 le Matin,” plays Friday. Beineix’s seminal neo-noir, “Diva” (1981), something of a dreamy thriller that features one of the best-choreographed foot chases on film, plays Saturday. Before taking the director seat, Beineix, who died this year, had been an assistant to René Clément, Claude Zidi and even Jerry Lewis. Also playing Saturday is the 1942 Bogie and Bergman classic, “Casablanca.”

There’s lots happening over at the Somerville Theatre on Friday, with a special screening of the 1916 silent version of “Snow White,” a film lost and rediscovered in 1992 in an Amsterdam film archive. A screening of the film in Kansas City back in the day inspired a young Walt Disney to make his own 1937 animated classic. The silent will be screened with a live accompaniment – a rare treat not to be missed. Also: Cult staple in the making “New York Ninja” opens for a weeklong run. The film, shot by and starring Hong Kong action star John Liu, was abandoned after shooting completed in 1984, but last year was reconstructed and dubbed so you can now can catch the classic 1980s kung fu madness in all its over-the-top glory. And on Saturday, if you’re a fly fishing aficionado – and maybe if you’re not – the Fly Fishing Film Tour sets up for a one-day exhibition.

Brian Skiba has done the near impossible: made a movie on par with the crap cop dramas Bruce Willis has been cranking out as of late – the ones I see so you don’t have to. Here Skiba has some decent actors at his disposal in John Cusack and Emile Hirsch, but the flat script and overstaged and jokingly lame action sequences crush any spark. Hirsch plays Rick, who’s trying to figure out what happened to his missing wife; he’s the estranged son of Cusack’s Jack, and the drug cartel pa works for probably had something to do with it. Rick’s an ace hacker and pretty good with a machine gun and shiv. Then there’s Mike Breslin (grunge hunky Jake Manley, who feels miscast and slight in the role), a NYC cop with a grudge against the cartel, though the action takes place mostly in Arkansas. Turns out his wife is missing too. The concept, as best I can tell, is for Rick and Mike to have that “trying to take the other down” bromance that Patrick Swayze and Keanu Reeves had in “Point Break” (1991). None of it works, but it’s nice to watch Cusack’s Jack often trimming and grilling up lean, 30-day-aged steaks; it’s kinda like one of those addictive cooking shows dropped into the middle of a cockamamie cop drama. (Tom Meek) On Amazon Prime Video.

Not a particularly nuanced title for a film with heart and verve. Channing Tatum stars as Briggs, an Army ranger with PTSD who wants to get back in the field. His former commanding officer will put him back on duty if he takes the dog of a former fellow grunt who died in action to the interment. The issue is that the dog, Lulu, a gorgeous Belgian Malinois, has trauma as well and attacks most anything that comes near it – for the early part of the long trek she’s fitted with a Hannibal Lecter-like mask. The film, co-directed by Tatum and Reid Carolin, who wrote “Magic Mike” (2012), which starred Tatum as an exotic dancer, is something of a reluctant buddy road trip with beast and man seeking to ease their emotional pain and score redemption. There are a lot of great surprising yet subtle turns and excursions, and Tatum’s Briggs is a study of war addiction not too far from Jeremy Renner’s bomb-disposal junkie in Kathryn Bigelow’s “The Hurt Locker” (2008). (Tom Meek) At Apple Cinemas Cambridge, 168 Alewife Brook Parkway, Cambridge Highlands near Alewife and Fresh Pond and AMC Assembly Row 12, 395 Artisan Way, Assembly Square, Somerville.

Mexican director Michel Franco collaborates for a second time with Tim Roth, who plays Neil, a man on a family vacation in Acapulco who remains behind on the bustling beaches with devastating consequences. Franco and Roth confront viewers with a protagonist who violates social norms, challenging them not to empathize with Neil as he puts himself in a languid timeout punctuated with emotional and physical violence. Franco’s cinematic character study explores the reasons for the self-imposed exile with a show-don’t-tell style that should have cineastes celebrating the lack of prose dumpers disguised as characters. It’s more straightforward than “The Lost Daughter” (2021), with fewer flashbacks and dialogue but with more entitled privilege. (Sarah Vincent) On Amazon Prime Video.

Albert Birney and Kentucker Audley’s retro-hip sci-fi curio has all the aurally atmospheric immersion of a David Lynch film blended with the quirky whimsy of something from Michel Gondry (“Be Kind Rewind”) or Spike Jonze (“Being John Malkovich”). Co-director Audley stars as James Preble, a mild-mannered auditor from the IRS who audits dream recordings and assesses unpaid dream taxes. Given the quirky, retro vibe, audits are done on VHS with a ghostlike avatar of Preble, via a massive wired helmet that looks like a diving bell, walking through various dreamscapes. During his latest assignment, Preble’s subject dies mid-audit and her controlling son (Peter Bloom) shows up suddenly – almost too – and wants Preble out. Visions of pink rooms, buckets of fried chicken, animated insects and classic 1960s gas guzzlers ensue, making for hypnotic and slightly experimental lo-fi wonderment. (Tom Meek) At The Brattle Theatre, 40 Brattle St., Harvard Square.

Every few years someone feels the need to reinvent Tobe Hooper’s 1974 horror classic. The narrative there, always claiming to be based on true events, is based loosely on the serial killer Ed Gein, who committed his crimes in Wisconsin mostly with a gun. His thing was making items out of human flesh, the inspiration for cinematic body mutilators in “Psycho” (1960) and “Silence of the Lambs” (1991). Here David Blue Garcia gives us a modern spin, following a bunch of millennials who want to turn a Texas ghost town into a booming Eden of sustainable idealism. The thing that irks some of the African Americans in the crew is the rebel flag flying from a ramshackle orphanage run by an elderly woman (Alice Krige); in her charge is a hulking manboy – who turns out to be Leatherface (Mark Burnham). Elsie Fisher, so good in “Eighth Grade” (2018) becomes our heroine du jour as Lila, who, along with her sister Melody (Sarah Yarkin), make it far in the blood-soaked carnage. Twists come in the form of a Tesla on autopilot or a bunch of phone-wielding influencers on a party bus who tell Leatherface it’s all being recorded – like a psycho wielding a revving Stihl with a mask made of human skin is going to care about public shaming. The other ripple is that a survivor of that ’74 film (played by Olwen Fouéré) has been hunting the creature, and shows up to the party with a big-assed double barrel. She’s as you’d expect, in her 60s or 70s, yet Leatherface is a spry young guy. The choreography of mayhem and dismemberment are well done and hit home, but otherwise this is like another inane reimagining of John Carpenter’s “Halloween” (1978). On Netflix.