‘Nuclear Family’ could be the last for DocYard; new wave, hard-boiled series and MCU keep on 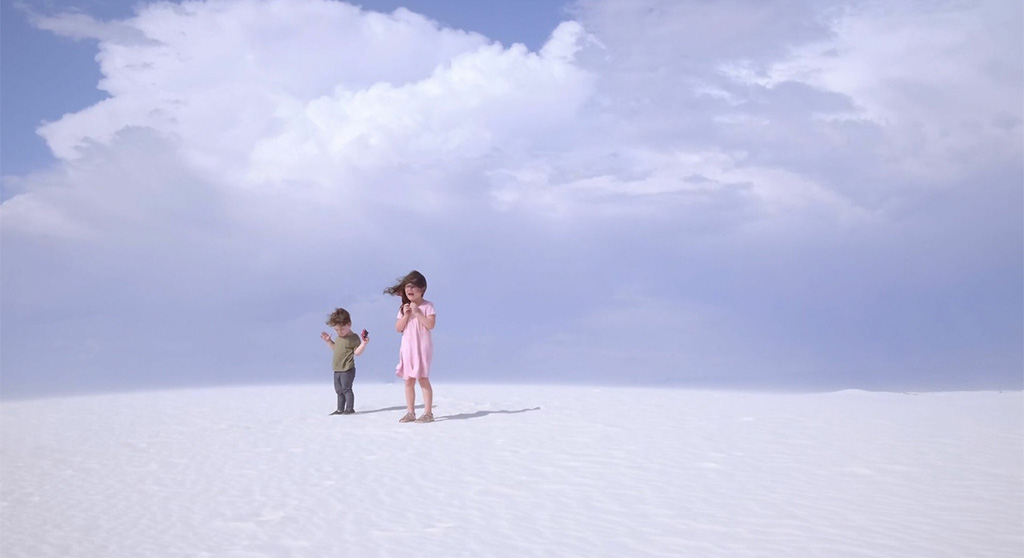 ‘Nuclear Family’ could be the last for DocYard; new wave, hard-boiled series and MCU keep on

The last DocYard screening of the season, “Nuclear Family,” is at The Brattle Theatre on Monday, following a family road trip through Europe with stops at major and minor markers of the Cold War. Filmmakers Erin and Travis Wilkerson will be on hand for a Q&A afterward. Sadly, this may also be the last DocYard screening ever  as the program now goes on hiatus. Time will tell.

Dennis Hopper’s “Out of the Blue” (1980) screens Sunday, Tuesday and Wednesday, but on that final day you can watch it as a 9:15 p.m. sidebar to “Easy Rider” (1969) at 7 p.m. Hopper, who directed and starred in both, called his 1980 film a spiritual follow-up to “Rider,” a portrait of quiet American rebellion with iconic turns by Peter Fonda (his chopper rider goes by the tag “Captain America”) and Hopper (looking très David Crosby) and a career-making appearance by Jack Nicholson as a free-spirited lawyer looking to get away from the rat race. The chrome choppers are classic Harleys pumped up and revved to Steppenwolf’s “Born to be Wild.” The awesome, era-captivating soundtrack also includes tuneage by Jimi Hendrix and the Byrds.

David Mingay and Jack Hazan’s 1980 semi-rockumentary “Rude Boy,” in which a fictional fan attends a series of Clash concerts, has a new restoration getting a run Friday through Monday.

The “Forgotten Films of the French New Wave” program continues this week at the Harvard Film Archive with Jacques Doniol-Valcroze’s hedonistic marivaudage “A Game for Six Lovers” (1960) starring Bernadette Lafont, Françoise Brion and Alexandra Stewart tonight and Armand Gatti’s concentration camp saga “Enclosure” (1961), with Hans Christian Blech and Jean Négroni, on Monday. Friday it’s Alain Cavalier’s “The Unvanquished AKA Have I the Right to Kill?” (1964) starring a young Alain Delon as a soldier in the Algerian War, and the 19th century police investigation “A King Without Distraction” (1963), directed by François Leterrier – who starred in Robert Bresson’s “A Man Escaped” (1956). On Saturday, it’s Jacques Roziers’ debut, “Adieu Philippine” (1962), also set against the Algerian War.

Over at the Somerville Theatre, repertory programming continues to reign. Tonight it’s a big-screen showing of Stanley Kubrick’s 1968 sci-fi classic “2001: A Space Odyssey.” Monday and Tuesday it’s Takashi Miike’s neo-samurai epic “13 Assassins” (2010). Then things switch over to a pair of twofers: Wednesday’s “Hard Boiled Double Features” pairing gives us two Walter Matthau crime thrillers, “The Taking of Pelham One Two Three” (1974) and “Charley Varrick” (1973); on Friday, Michael Mann is in the house with “Manhunter” (1986), our first cinematic glimmer of serial killer Dr. Lecktor (played here by Brian Cox, which Anthony Hopkins would later reprise as Hannibal Lecter in “Silence of Lambs,” winning an Oscar for his portrayal of the witty, caged cannibal); it follows the 1995 bank heist opus “Heat,” in which Robert De Niro and Al Pacino – never onscreen together in the “Godfather” saga – finally get to mix it up in frame as criminal mastermind and cop on the case. The downtown L.A. shoot-out will still thunder in your chest after you leave the theater.

Masculinity and mental health intertwine in Jerrod Carmichael’s powerful and comedically bleak debut feature film, in which he also stars alongside Christopher Abbott. Their Val and Kevin are lifelong friends who have decided to take their own lives after a supposed last day on Earth trying to fix past wrongs and confronting old and lingering trauma. The screenplay, by Ari Katcher and Ryan Welch, balances the delicate nature of depression and black humor by making sure none of the punchlines are at the expense of mental illnesses, but about what befalls them through the day. Strong until some illogical third-act decisions, “On the Count of Three” is at its best through its immaculate direction and strong performances: We get tight frames and golden-hour lighting, highlighting emotional claustrophobia but also brief moments beauty and joy; and fleshed-out and lived-in characters tired from struggling, but sharing an ease and level of comfort that can come only from those who’ve seen you at your worst. It’s poignant, if ultimately a narratively messy piece of filmmaking. More than anything, it shines a spotlight on Carmichael as an exciting new voice in filmmaking. (Allyson Johnson) At Landmark Kendall Square Cinema, 355 Binney St., Kendall Square

Divorced mother Laura (Christina Ricci) will not get her security deposit back after moving to an isolated California house by a lake that has a tentacled monster in it. Not only does the creature trespass and wreck the house, its siren song fools Cody, Laura’s loner son (Santino Barnard), into seeing it as a beautiful lady. The flick alternates between Laura struggling to stay afloat during the day and wrestling her son from aquatic oblivion in her free time. The inertly told story piles on to Laura’s torments as if checking off a to-do list: a hostile landlady, a monotonous clerical job and an abusive ex. Benevolent older men, including one played by “Green Book” (2018) Oscar-winning screenwriter Nick Vallelonga, attempt to console the cracking mom. It’s easy to glean why Ricci, a survivor of alleged domestic abuse and spokesperson for the Rape, Abuse & Incest National Network nonprofit, devotes her prodigious skill to this monotonous supernatural drama – maybe she wouldn’t have if she knew how it would come out. If you can make it to the final 15 minutes, director Chris Sivertson and writer Carol Chrest spell out the source of Laura’s problems and may tempt some to rewind, but true horror zealots will be out at the jump scares showing the cheesy CGI monster too soon. (Sarah Vincent) On Amazon Prime Video and Apple TV+.

‘Doctor Strange in the Multiverse of Madness’ (2022)

Good to see Sam Raimi (“Spider-Man,” “Evil Dead”) back at the helm, but all the Marvel madness, which can infuriate with its tie-ins and obligatory backstories, gets double loaded with the whole multiverse shebang. Here Doctor Strange (Benedict Cumberbatch) is tasked with keeping a powerful young multiverse weaver named America (Xochitl Gomez) away from a deranged Scarlet Witch (Elizabeth Olsen). What gives, Wanda, you might ask? Not only is the Witch a long way from “WandaVision” and on the warpath (okay, she wants to go to a safe universe where she can be a stay-at-home mom to her boys), it turns out the good Doc has some unsavory incarnations too. The what doesn’t slow down the action, which is quite spritely and well done – it just doesn’t really deepen the Marvel Universe. It’s neat to see a zombified Strange and a lot of big names drop in too, including Rachel McAdams, John Krasinski as Fantastic Four leader Reed Richards and Patrick Stewart as X-Men head Charles Xavier (and if you sneeze, you’ll miss Charlize Theron’s brief screen stint). Old Strange ally Wong (Benedict Wong) and frenemy Baron Mordo (Chiwetel Ejiofor) factor into the portal-hopping mix as well. (Tom Meek) At Landmark Kendall Square Cinema, 355 Binney St., Kendall Square; Apple Cinemas Cambridge, 168 Alewife Brook Parkway, Cambridge Highlands near Alewife and Fresh Pond; and AMC Assembly Row 12, 395 Artisan Way, Assembly Square, Somerville.