Visit a Brattle ‘Freakscene’ about Dinosaur Jr., tune into a new ‘Firestarter,’ buddy up in Davis 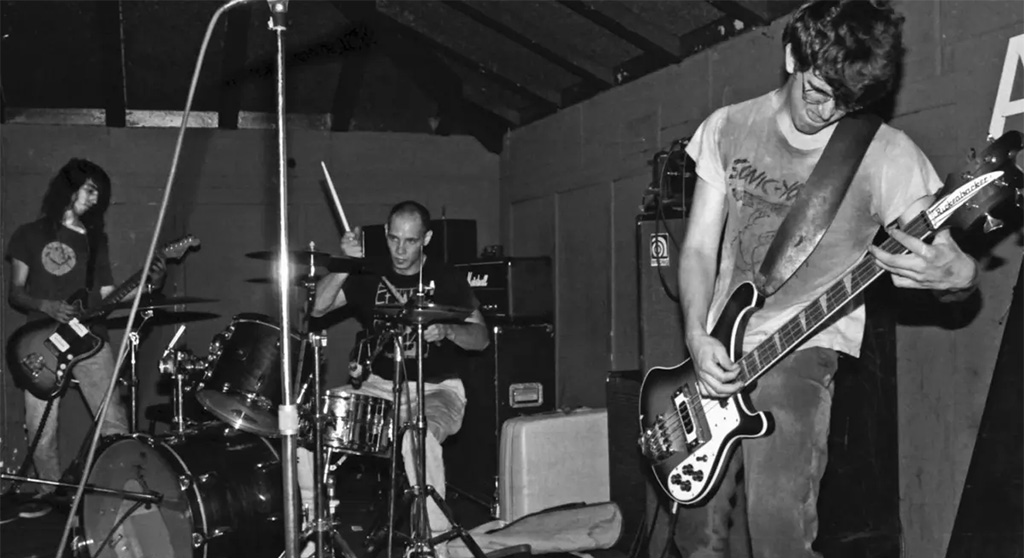 Visit a Brattle ‘Freakscene’ about Dinosaur Jr., tune into a new ‘Firestarter,’ buddy up in Davis

Iconic heavy Ray Liotta died last week in his sleep while filming a movie in the Dominican Republic. It was a shocking loss. Liotta began his career on daytime soaps and was recruited by friend Melanie Griffith for his feature debut playing a relentless, jealous husband in Jonathan Demme’s deviously dark comedy “Something Wild” (1986). He was Shoeless Joe Jackson in the Kevin Costner baseball odyssey “Field of Dreams” (1989) and also stretched beyond trademark tough guy roles as caretaker to a brother (Tom Hulce) in “Dominick and Eugene” (1988) and as Adam Driver’s straight-talking attorney in “Marriage Story” (2019). His career would crest with his starring role opposite Robert De Niro and Joe Pesci in Martin Scorsese’s mob magnum opus “Goodfellas” in 1990. Another great Liotta turn I might point you to for appreciation would be Andrew Dominick’s “Killing Them Softly” (2012, on Hulu and Netflix), in which Liotta’s Markie Trattman runs high-stakes poker games for the mob down in ol’ New Orleans. The novel it’s based on, by George V. Higgins, had the action set in Boston back in 1974. Higgins also penned “The Friends of Eddie Coyle,” which in 1973 got adapted into the greatest Boston crime movie – if not the best Boston movie – of all time. The cast of “Killing Them Softly” includes Richard Jenkins, James Gandolfini, Sam Shepard and Brad Pitt as a mob-contracted enforcer. Liotta grew up in Newark, New Jersey, so it’s fitting that one of his last films was “The Many Saints of Newark” (2021, on HBO Max). The “Sopranos” origin story (another Gandolfini tie-in) has Liotta playing very different twin brothers (one behind bars, one not) and giving one of his finest performances; many thought it was Oscar worthy, including this guy.

There’s a one-off screening of “Freakscene: The Story of Dinosaur Jr.” (2021) for Dinosaur Jr. fans on Tuesday at The Brattle Theatre. Philipp Virus’ doc is an intimate look back at the seminal Massachusetts alt-rock band that shaped the music of the era and their dysfunctional ways. Later in the week The Brattle kicks off “The Pop-Art Cinema of the Wachowski Sisters” with a loading of “The Matrix” trilogy-plus-one. Playing in chronological order, the Neo and Trinity alternate-reality hacker series kicks off Friday with the genre-redefining “The Matrix” (1999), repeating Saturday and joined by “The Matrix Reloaded” and “The Matrix Revolutions” (both 2003) and the recently released “The Matrix Resurrections” (2021). The three sequels also play Sunday.

The “Forgotten Filmmakers of the French New Wave” series wraps up this week at the Harvard Film Archive with Jean Rouch’s look at a day in the life of a schoolgirl in Paris, “The Punishment” (1962), and Jacques Panijel’s banned documentary “Octobre à Paris” (1962), which exposed the violent crackdown on Algerian protesters in Paris during the Algerian War. The films play Friday. On Saturday it’s Nikos Papatakis’ “The Depths” (1963), an adaptation of Jean Genet’s controversial play “Les Bonnes,” about two sisters indentured to a wealthy family that does not pay them, and on Sunday it’s Georges Franju’s “Judex” (1963) a remake of the similarly named 1916 silent about an unscrupulous banker compelled to pay back those he swindled.

Oddball buddy crime dramas are on tap for this week’s Hard Boiled Double Feature at the Somerville Theater. “Kiss Kiss Bang Bang” (2005) has Robert Downey Jr. as a petty thief posing as an actor and Val Kilmer (terrific) as the private detective hired by a film company to give Downey gumshoe lessons when cast as a PI. The film, directed by Shane Black, who penned the “Lethal Weapon” films and would direct Downey again in “Iron Man 3,” is a perfect companion piece to his 2016 LA crime caper, “The Nice Guys,” which streams free on Kanopy and pairs Ryan Gosling and Russell Crowe as a sauced detective and a hatchet man. The other odd couple on screen Wednesday in “The Ice Harvest” (2005) are John Cusack and Billy Bob Thornton as losers who rob a bank on Christmas Eve. The film, directed by “Ghostbuster” Harold Ramis, features a wry script from Robert Benton (director of “Nobody’s Fool”) and novelist Richard Russo (“Empire Falls”), adapting Scott Phillips’ novel. If you need a cult comedy horror fix, there’s a screening Saturday of Kevin Connor’s “Motel Hell” (1980), where the specialty meat at a down home farm ain’t beef or pork. Think “The Texas Chainsaw Massacre” (1974) by way of “Little Shop of Horrors” (1986).

When critics and fans of the 1984 film adaptation of the Stephen King novel came out against this Blumhouse Productions’ remake, Hollywood royalty and first Firestarter Drew Barrymore brought support, endorsing an updating by screenwriter Scott Teems and director Keith Thomas that also departs some from its source. After conducting MK-Ultra-type experiments, a sinister government agency launches a hunt for two former subjects and their pyrokinetic 8-year-old progeny, Charlie (Ryan Kiera Armstrong), who can burn a room down when she gets overemotional. The tiny terror draws unwanted attention after being bullied at school and retreats to the bathroom to smoke, sans cigarettes. Charlie and her father (a zaddy Zac Efron) go on the run with assassin Rainbird (Michael Greyeyes, the saving grace of “Woman Walks Ahead”) hot on their heels. The middle act drags except for Kurtwood Smith’s memorable cameo as the mad scientist (if he looks familiar, it’s his indelible criminal in “Robocop” pulling in your mind). When the lit match hits the tinder, the powered prodigy pulls no punches, making for a high body count as she turns the tables on the government’s goons, who devise an impressive gauntlet to capture her. As far as reboots go, this one has spark but flames out before the final credits roll. (Sarah Vincent) On Peacock.