‘The Nice Guys’: Seedy guys are on the job, stumbling around seamy L.A. of the 1970s 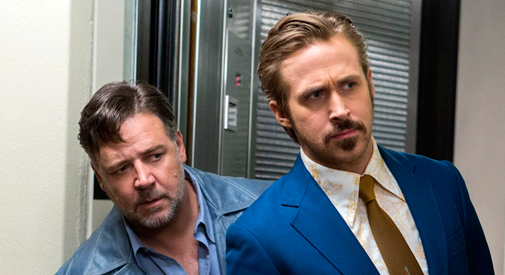 ‘The Nice Guys’: Seedy guys are on the job, stumbling around seamy L.A. of the 1970s

Shane Black, once evisceration fodder alongside Arnold Schwarzenegger in “Predator” and a top-paid screenwriter “The Long Kiss Goodnight” in the 1990s, has been something of a rebirth monkey within the studio system – last seen directing an “Iron Man” installment and now, as writer and director, serving up something very retro, macho and immensely entertaining. 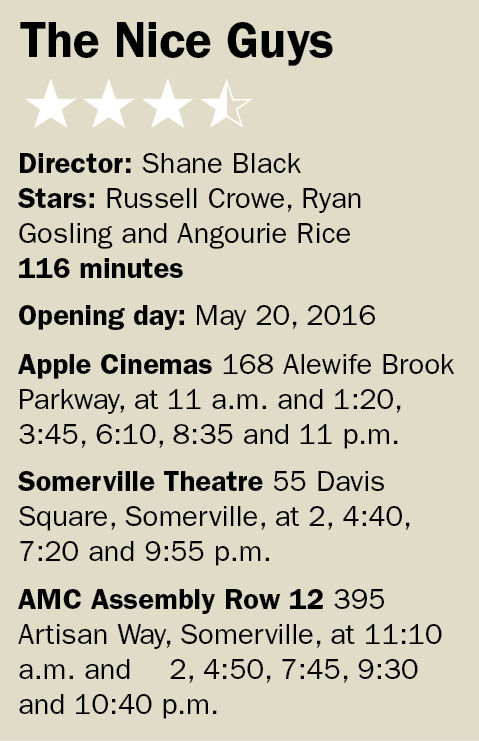 In “The Nice Guys” we’re hanging out in Los Angeles circa 1977 where the neon buzz of “Boogie Nights” is everywhere and the veins of corruption, akin to “L.A. Confidential” and “Chinatown,” run deep. It’s in this tawdry underbelly that Jackson Healy (a paunchy Russell Crowe) makes a living by punching people in the face. Got a stalker? Want them off your back? Give Healy a few bucks and the problem’s solved. Healy would like to be something more than a hatchet but isn’t certain he’s got the goods to cut it as a private detective, though he might make a better one than Holland March (Ryan Gosling), a lush who talks so much he reveals all his cards before the hand’s dealt. To be fair, he’s coping with the loss of his wife and trying to raise a preteen daughter (Angourie Rice, channeling the sass of Jodie Foster and Tatum O’Neal in the 1970s).

Black layers in devilish sight gag after sight gag with smooth pulpy nuance, while maintaining the requisite forward motion. Nothing about the film feels contrived, though you think there should be a moment of pause somewhere. Much of the reason there isn’t any is because Black’s all in, and so are Crowe and Gosling. Their play off each other is one for the ages. It’s a noirish delight that both puts its arm around you with avuncular warmth and smashes you in the face. Black loads up the reels and never relents.