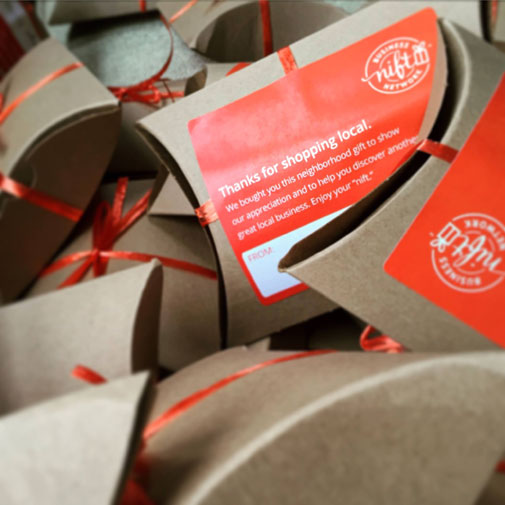 Representatives of the app called Nift plan to be in Harvard Square with gifts for shoppers during Small Business Saturday.

While all local businesses can be considered part of Small Business Saturday, founded by American Express in 2010, the Cambridge Local First organization is in Harvard Square this year hosting a 10 a.m. to 2 p.m. Saturday holiday shopping event called the Harvard Square Cash Mob, starting on Brattle Plaza, in front of Crema Cafe in Harvard Square.

Brattle Plaza is where shoppers can pick up a map – and, for the first 200 people, a free Cash Mob tote bag – noting deals and sales that day in the square, as well as where to shop and eat. Shoppers supporting the most local businesses will be able to enter a raffle giveaway for a $100 gift card to Cardullo’s.

The Cambridge Community Chorus is to perform at 11 a.m. on the plaza.

The event is sponsored by a Cambridge Local First member called Nift that encourages businesses to promote each other by handing out gift certificates to customers. Although Nift’s first cross-promotion network was in Brookline, where it was founded, its offices are on First Street in East Cambridge, and it’s been making inroads in Cambridge – hosting a tasting at Follow the Honey on Monday, for instance – and the company said it plans to be in the square Saturday with gifts branded “Thanks for shopping local.” 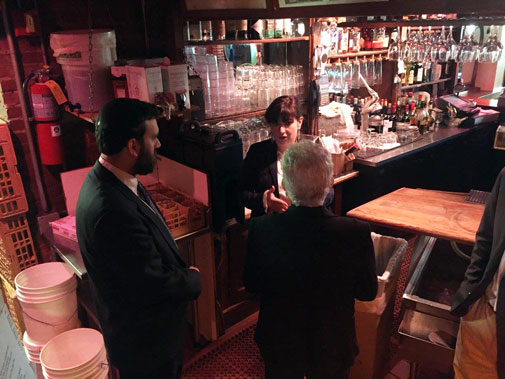 The EPA has been promoting a goal to cut the country’s wasted food in half by 2030, and the app makes it easy to find locally owned, sustainable and otherwise socially responsible businesses in the area by selecting which values are most important to the shopper: green, organic, humane, locally sourced and so on.