The bridges of Cambridge 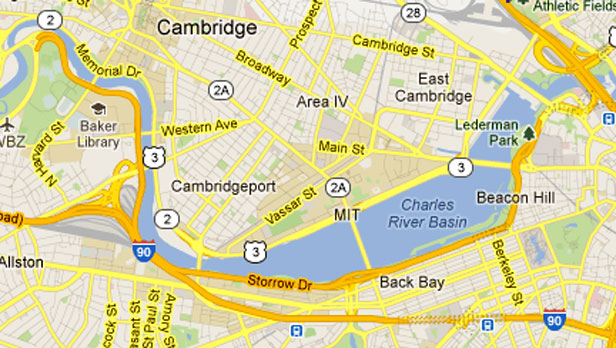 There are nine bridges between Cambridge and Boston over the Charles River. Looking at them from west to east:

The Eliot Bridge connects Soldiers Field Road in Boston with West Cambridge, sometimes known as Area 10, and near the Cambridge Boat Club, Buckingham Browne and Nichols private school and the start of Memorial Drive.

The Anderson Memorial Bridge is where North Harvard Street becomes JFK Street and connects Allston and Harvard’s campus there with Harvard Square, John F. Kennedy Park and the Weld Boathouse.

The John M. Weeks Bridge connects the Harvard campuses of Allston (by Soldiers Field Park) and Cambridge (between Dunster and Leverett houses, with access to the park stretching along the Charles River and the Dr. Paul Dudley White Bike Path).

The Western Avenue Bridge connects Allston by Soldiers Field Park and Cambridge, leading directly from Central Square in the Riverside neighborhood. (Car traffic heads toward Boston and Allston, not toward Cambridge.)

The Cambridge Street Bridge connects Allston (and the Massachusetts Turnpike) and Cambridge, leading directly to Central Square by way of Riverside Press Park. (Car traffic heads away from Boston and Allston, toward Cambridge.) River Street is the border between the Riverside and Cambridgeport neighborhoods.

The unfortunately named Harvard Bridge brings Massachusetts Avenue from Boston’s Back Bay to Lafayette Square and Central Square by way of the Massachusetts Institute of Technology (and a section of town sometimes referred to as Area 2) with access to its Kresge Auditorium and the famous Infinite Hallway.

Monsignor O’Brien Highway connects Boston’s North End (including North Station and the TD Garden) with East Cambridge and NorthPoint, including the Cambridgeside Galleria mall. It passes the Museum of Science, which is split between Boston and Cambridge across the river.

Interstate 93 is barely in Cambridge, and access to it is through Somerville and Charlestown; it crosses the Charles at the iconic Leonard P. Zakim Bridge.