Critics of tiny medical marijuana zoning receive answer: We do it for developers 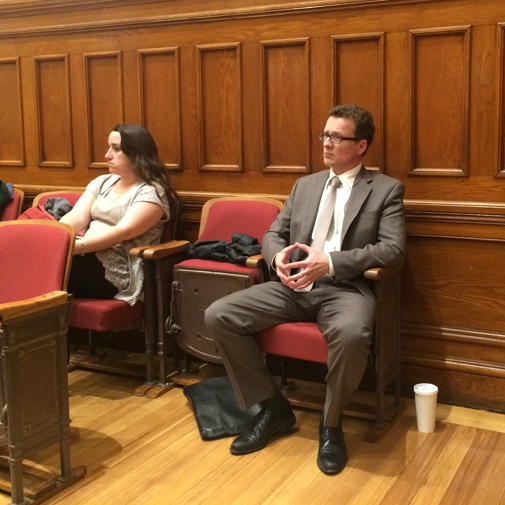 Critics of tiny medical marijuana zoning receive answer: We do it for developers

The city moved closer Monday to deciding whether to place a medical marijuana dispensary near Harvard Square, with city councillors mainly focusing debate on whether it was right to create zoning that seemed to allow for only a single business.

But councillors who questioned the fairness got a swift response from proponents of the business, called Sage Cannabis, which seeks to open a dispensary in a below-ground space at 1001 Massachusetts Ave. in the Mid-Cambridge neighborhood – outside the districts created in 2013 to place dispensaries in the Alewife and NorthPoint neighborhoods.

Instead, Sage would be located in a “medical marijuana overlay district” that city councillor David Maher described as “one half of the street for one block” in objecting that there should instead be a full, citywide proposal from municipal planners.

“This is an issue of fairness to me, it’s an issue of process. [The district] is so narrow to me that it’s putting us in a difficult position,” Maher said. “Rather than a proponent saying ‘This is the block we want,’ it should be the city coming back and saying ‘These are the places we can see this.’ … This is a issue where the city should have been coming up with the answer.”

In response, vice mayor Marc McGovern and councillors Dennis Carlone and Nadeem Mazen reminded Maher and other skeptics that such business-backed zoning suggestions had a history of approval in Cambridge, at least when led by developers. Zoning allowing a 195-foot tower project called Mass+Main was approved for a site in Central Square last year at the request of developers Normandy Real Estate Partners and Twining Properties, with Maher and six other councillors voting in favor.

“What happens in the city, just like what happened at Mass+Main, is some people do have to take what they need and want in their own hands before the city acts. That’s all this person did,” Carlone said, referring to Sage’s chief executive, Michael Dundas.

While Carlone believed the Community Development Department had already identified the places throughout the city that met the new state requirements for marijuana sales points, councillor Leland Cheung argued that a formal zoning proposal from the department would take far too long – perhaps up to a year – when residents’ votes in 2012 were overwhelmingly in favor of legalizing access to medical marijuana and no dispensary has been able to find a location and open in Cambridge since then. Some 79 percent of city voters approved of dispensaries. 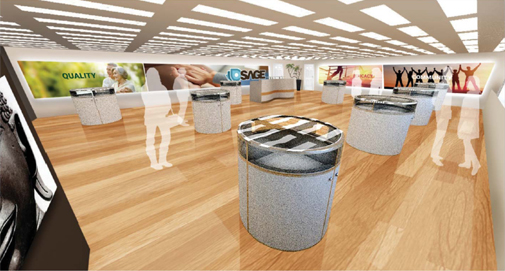 Sage Cannabis’ offices will be underground but airy and bright, based on this company rendering.

It would also be a lot of effort for little return, Cheung said, as he felt the Cambridge market could be saturated with as few as two sellers. “I kind of like going through location by location and being able to hear from neighbors” compared with going through a full zoning process that would add demands to an already overworked CDD, Cheung said.

The state first set rules that would limit the number of pot facilities and make them serve entire regions, which led to zones set up in isolated areas offering access to major routes and highways, but more recently the state has switched approaches, setting rules that there could be as many dispensaries as the market could bear, even serving a single neighborhood, which meant moving sellers toward sections of the city more easily accessible by residents. “The state pulled the rug out from under us,” Cheung said. “Changing the rules forced us to go back to the drawing board” – but city planners didn’t act when the state announced its change in approach.

Even Maher referred to the previous zoning crafted by the department for Alewife and NorthPoint as an effort that “didn’t work,” and Carlone wondered if they should be actually taken off the map as potential places for dispensaries.

In the meantime, even potential competitors have approved of the Sage petition, councillors said, and on Monday a past opponent of the business, Central Square landlord and boutique hotel developer Patrick Barrett, withdrew his opposition, saying, “What they do is good work. I have no problem with where they’re going and what they’re doing.”

The Planning Board gave its approval of the Sage petition in a letter to the council March 22, and councillors explored it in a March 24 meeting of their Ordinance Committee.

The council’s action Monday was to pass the petition to a “second reading,” when it would debate the issues further. The petition expires June 22.

In past discussions, the council heard testimony of the need for medical marijuana from people suffering from diseases such as cancer and from chronic pain, as well as the importance of having easy access to the treatment. Still councillor Craig Kelley agreed with Maher that a larger, citywide approach was needed, as he suggested that too much of the marijuana to be dispensed would go toward mild conditions or, with names of strains such as “Girl Scout Cookie,” could be taken recreationally.

“I’d rather wait three months, or four months, or two months, or however many months we might need,” Kelley said. “People are saying or at least implying there aren’t other options, and there are. There are medical marijuana dispensaries in Lowell, Salem, Brockton, Northampton, Ayer and Brookline.”

The previous bidder for a medical marijuana dispensary in Cambridge planned to focus on non-euphoric strains of marijuana – good for people in pain, basically useless for people who just want to get high – and Dundas expected much of his stock to be similarly non-psychoactive.

Not only will Sage sell strains low in THC, which is therapeutic but gives a buzz, but with more of the non-psychoactive ingredient called cannabidiol, but some of the stock will be in the form of balms and lotions that also don’t make people high, Dundas said.

He hopes to begin growing marijuana in May at his facility in Milford, followed by the opening of a Milford dispensary in early October. Cambridge patients can’t expect to buy from Sage in their own city until just before 2017, he said, if ever.

“We’d like to pursue an aggressive timeline, but there are many procedural hurdles not in our control,” Dundas said. “We need to to see what happens in the second reading, obviously.” After that would come an application for final approval from the state Department of Public Health.