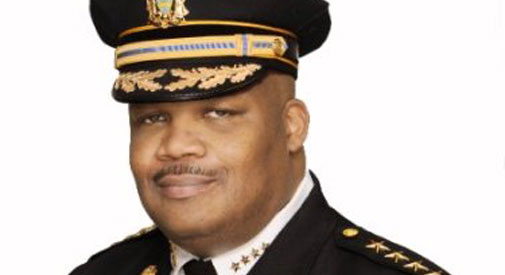 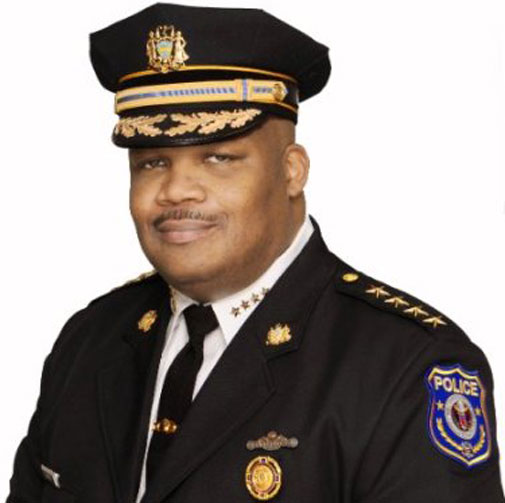 In a surprising announcement Friday, there is a single candidate remaining for police commissioner since five candidates interviewed for the position in May – an African American who has studied how to end the practice of racial profiling.

The finalist is Branville G. Bard Jr. of Philadelphia, whom City Manager Louis A. DePasquale called “a highly qualified candidate who can lead Cambridge’s 21st century police department beginning on day one.”

“Chief Bard has a proven track record and possesses the qualities that our community expects in a police commissioner: cultural awareness and sensitivity, a commitment to department-wide equity and inclusiveness, a deep commitment to procedural justice and visionary, effective and strong police leadership,” DePasquale said.

Bard is chief of police and director of public safety for the Philadelphia Housing Authority, the fourth-largest in the country. Before this, he served in numerous positions for the Philadelphia Police Department, including as commanding officer of an elite forensic science unit; earlier he was captain of the 22nd District, which has the highest crime rate – and biggest staff – in North Philadelphia.

Bard holds a doctorate in public administration from Valdosta State University, and his LinkedIn reports a leadership certificate from Harvard’s John F. Kennedy School of Government. His doctoral studies had a focus on racial profiling, racially biased policing, immigration, the Bill of Rights and public policy, according to a 2015 profile by Larry Miller in The Philadelphia Tribune, and he is the author of a 2014 book: “Racial Profiling: Towards Simplicity and Eradication.”

Bard has overseen a 41 percent decrease in crime across his housing authority properties in a year. “When I got here, I think it would be fair to say it was more of a siege mentality that existed,” Bard told Philly.com’s Stephanie Farr. “The community distrusted the police, and the police distrusted the community.” But Bard spent millions of dollars to add 50 officers to the 70-person staff he inherited, put body cameras on every patrol officer and ordered the department to begin tracking car stops for the first time.

“It is my firm belief that police have two overarching responsibilities,” Bard said in 2015. “One is the duty owed to society to reduce crime and the fear of crime, and the other is the duty to protect the individual constitutional rights of the citizenry it is sworn to serve. I believe that it’s a myth that to gain more of one that we must sacrifice some of the other.”

The Cambridge department has 272 sworn officers and 40 civilian personnel, and the city is in a run of record-low crime rates that began during the nine-year run of Robert C. Haas as commissioner. Since Haas’ retirement, the city has been in the hands of another retiring member of the force, Chris Burke, and now Brent B. Larrabee, a chief in various Massachusetts and Connecticut communities who said he would remain until a permanent commissioner was chosen.

Bard would be the first black leader of Cambridge police since Ronnie Watson, who served from 1996 to 2006, said Jeremy Warnick, director of communications and media relations for Cambridge police. Before Watson came Perry L. Anderson Jr., who led the force between 1991-95.

The city engaged the services of the Police Executive Research Forum in January to develop a leadership profile, conduct recruitment and perform an initial screening of applicants.

Bard was selected as a finalist after two days of in-person interviews held in Cambridge in early May. Five candidates were initially interviewed, with the first day of interviews including two review panels made up of city staff and community stakeholders, followed by a debriefing of the panels and a second day of interviews by DePasquale and Deputy City Manager Lisa Peterson. This week, Bard participated in a daylong series of additional interviews with DePasquale, Peterson and city staff.

Though it was announced a remaining forum for questioning Bard would be held by invitation, making this search process unusually opaque, on Friday city officials reversed that decision, saying the “Meet the Finalist Forum” will be public, to be held at 6 p.m. Tuesday at the Cambridge Main Library, 449 Broadway, Mid-Cambridge. The public will be invited to submit written feedback at the forum, the City Manager’s Office said. Bard will also participate in additional stakeholder interviews.

“While the June 20 forum was initially conceived to involve only invited stakeholders, the city manager decided to have the event open to the public so that they could provide him written feedback,” said Lee Giannetti, a city spokesman. “He will be reviewing and taking into consideration public feedback before he makes a final decision.”

The city manager is expected to make a final decision by early July after reviewing public feedback from the forum and conducting reference checks.

City councillor Nadeem Mazen, who, with councillor Craig Kelley has been the sharpest critic of policing in Cambridge, said he didn’t know enough about Bard to comment on the selection. “But I do look forward to meeting the candidate,” Mazen said. “I am also going to be pressing, with various communities, on several major issues: the overdue community conversations on race and policing, the conversation needed on public-safety-led and non-public-safety-led homelessness outreach and engagement, and the pending conversation on the surveillance ordinance.”

Kelley also had a wait-and-see approach. “I think we hired a very competent city manager, and I trust him to find the best commissioner for Cambridge,” he said. “If it turns out that the person isn’t the right fit in this last part of the selection process, I am sure Louie will have no problem in restarting.”

“I look forward to working with the future commissioner in these challenging times,” Kelley said.

Richard Harding, a co-leader of Cambridge’s NAACP branch as well as a School Committee member, said, “We always encourage and support dynamic leadership of color in city departments, but I don’t want to speak too much further before meeting the candidate.”

From a sketch of Bard’s career and accomplishments, Harding said, he “sounds super impressive.”