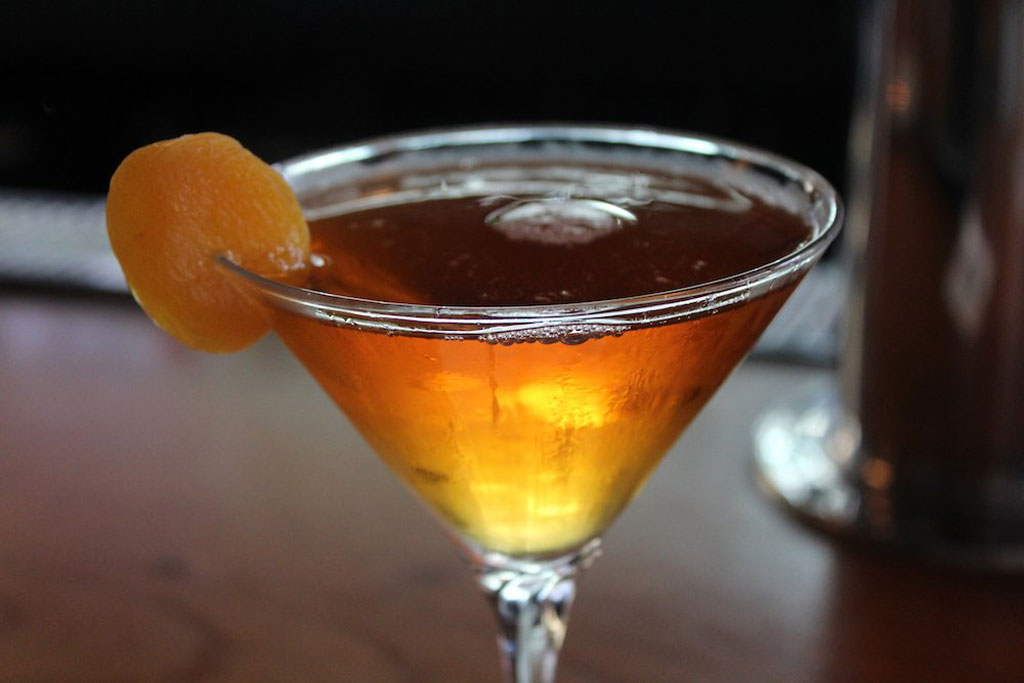 An apricot manhattan at Abigail’s restaurant in Kendall Square, which has landed on the License Commission agenda Wednesday. (Photo: Abigail’s via Twitter)

How will Cambridge handle surveillance of its citizens?

The committee led by city councillors Dennis Carlone and Craig Kelley looks into adding a surveillance technology ordinance to the city code.

What would you say to a cop over coffee?

Police Department members invite residents to have coffee and conversation about issues that matter most to them in your community.

The event is set to be held at Starbucks, 36 JFK St., Harvard Square.

What is the city doing about bicycle theft and security?

What did Abigail’s and East Side Bar & Grill do to upset the License Commission?

Among commission business is an indefinite alcohol license suspension for Abigail’s in Kendall Square because commissioners believe a transfer of interest in its license took place without proper approvals; and an investigation of whether East Side Bar & Grill in the Wellington-Harrington neighborhood allowed improper sales of alcoholic beverages and the transportation of alcohol without a permit. Meanwhile, Blackbird Doughnuts is seeking to open a six-seat kiosk in Harvard’s Smith Campus Center food hall and a 19-seat restaurant called Sakana is proposed for Massachusetts Avenue in Mid-Cambridge.

What’s the latest effort to keep The Port quiet and safe?

Cambridge Police Peace Walk in The Port, 7 to 8 p.m. Wednesday

Police officers, city employees and neighbors go for a peaceful walk around The Port neighborhood after a spate of violence and gunfire incidents. A previous walk took place July 11.

Will the city allow a giant self-storage facility on New Street?

A residents’ petition seeks to rezone part of New Street near Danehy Park for development of a four-story self-storage facility that would replace the Evolve gym at 52 New St. The committee led by Carlone and Kelley wil hold a hearing – likely questioning how this project fits in with the Alewife rezoning that will be proposed as part of the Envision Cambridge citywide master planning process. (Not extremely well.) Councillor Jan Devereux, writing about the petition, says Evolve wants to stay, neighbors have been named in the petition without being asked and “there is no imperative or overriding public benefit that justifies rezoning this 44,000-square-foot parcel to redevelop it more profitably as a self-storage warehouse.”