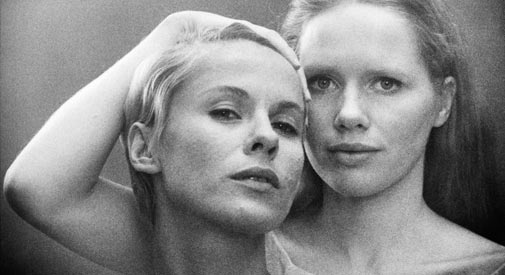 The Ingmar Bergman centennial celebration (the renowned Swedish auteur would be 100) kicks off Friday at the Brattle Theatre. One unique – and really cool – aspect to the “Ingmar Bergman 100” celebration is that it will take place regionally, with screenings also taking place at the Harvard Film Archive across the square and Coolidge Corner Theatre in Brookline. As part of the unprecedented collaboration, all of Bergman’s 30-plus films will screen throughout the fall. Highlights include Hub resident Liv Ullman, who’s starred in numerous Bergman works, attending the Sept. 16 screening of “Autumn Sonata” (1978) at Coolidge Corner and a screening of “Wild Strawberries” (1957) at Mount Auburn Cemetery (yes, you read that right) on Sept. 26.

It all starts with a five-day run of “Persona,” a stirring 1966 film that would prove one of Bergman’s defining classics along with “The Seventh Seal” (1957) and “Fanny and Alexander” (1982). 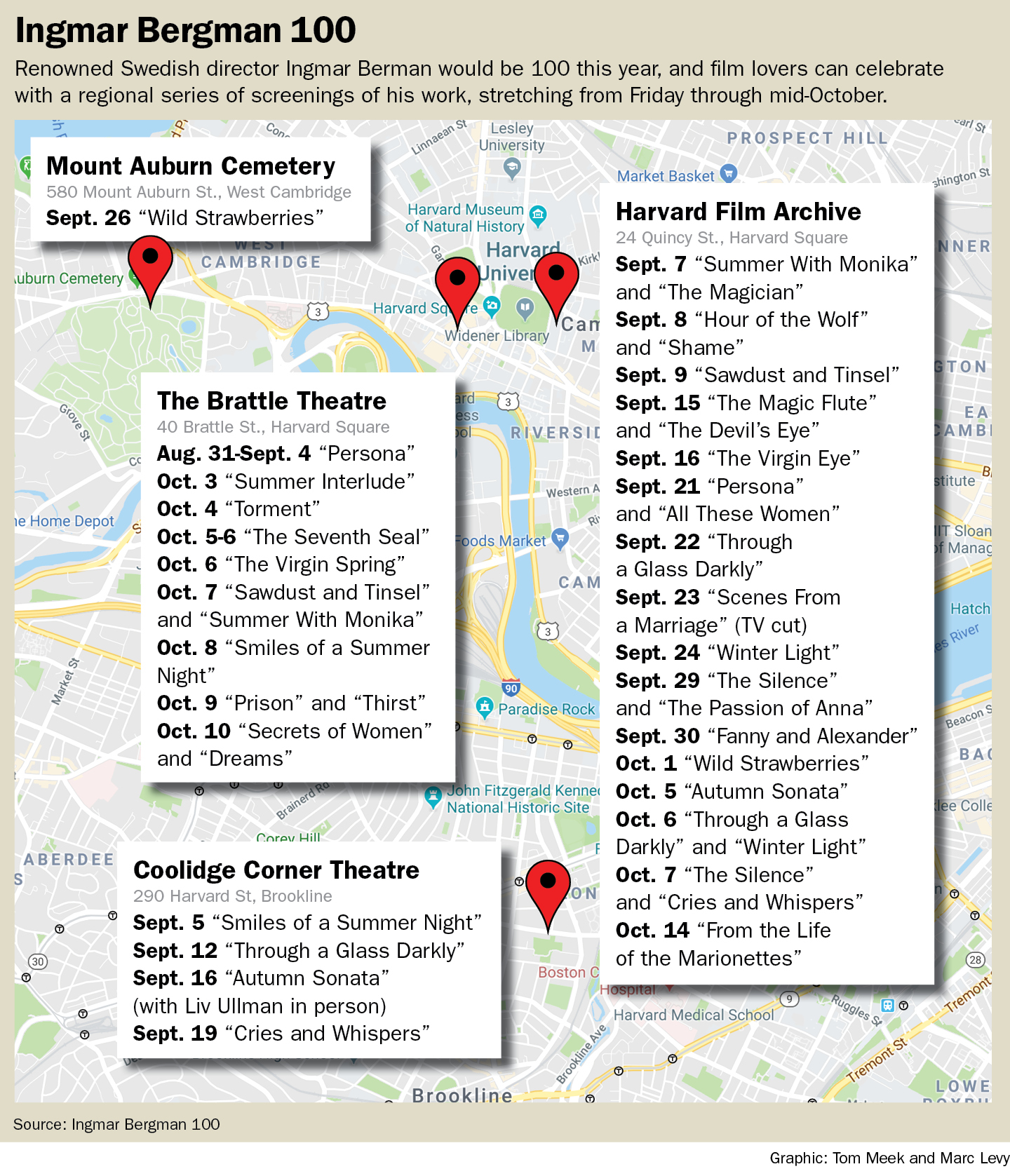 If you’re not intimately familiar with the Swedish director or his works, “Persona” is one of his more lyrical and experimental efforts. It draws in the viewer instantly – the opening sequence is haunting and disorienting in all the right ways – to a taut game of sex, power and manipulation as two women jockey for control over one other in a psychologically claustrophobic setting. One, a famous actress (Ullmann) is subjected to the care of the other, an overly loquacious nurse (a mesmerizing Bibi Andersson) after the actress inexplicably loses her voice. Promiscuity, abortion and heavy sexual tension between the two propel the edgy psychodrama with triumphant dread.

Bergman is easily one of the 10 or 20 most influential filmmakers of all time. The centennial program is a glorious gift to cinephiles, and a boon to budding film freaks just catching the Bergman bug.