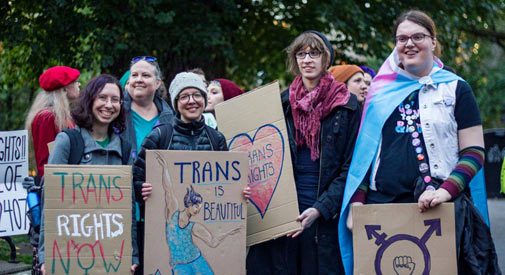 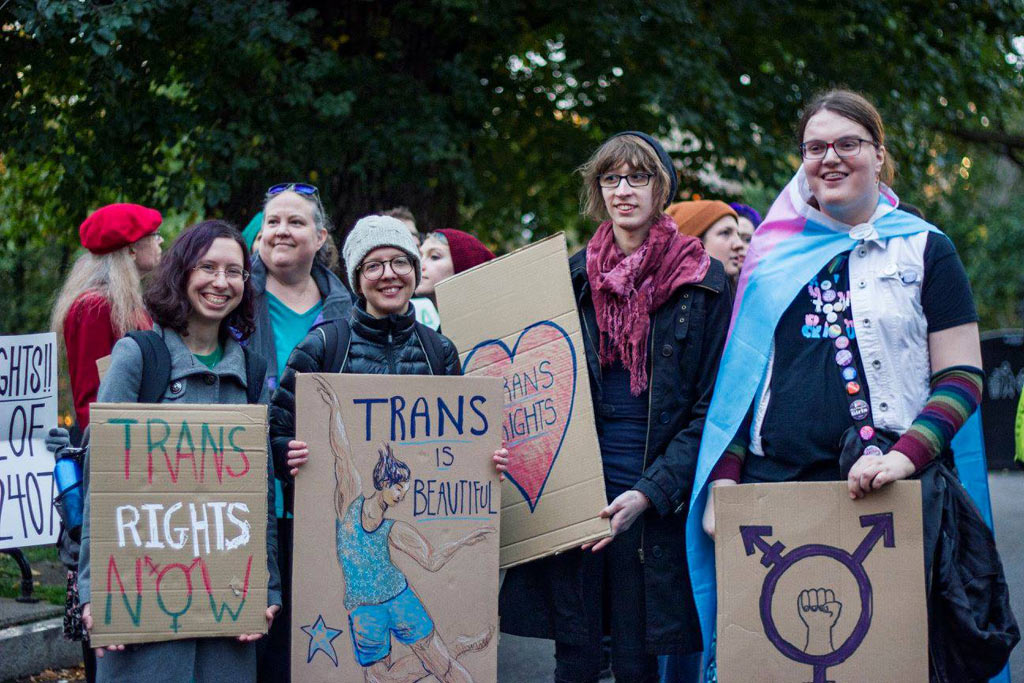 There are battles across the country over transgender bathroom bills. Here in Massachusetts, the bluest of blue states, we’re asking voters to vote “yes” on Question 3, the Gender Identity Anti-Discrimination Veto Referendum, to prohibit discrimination based on gender identity in public places such as hotels, restaurants and stores.

Rallies to get Bay Staters to vote “yes” on Question 3 have taken place throughout the commonwealth. After I spoke at one in Copley Square one Sunday morning, an onlooker asked me: “Rev, you’re a minister. How does the church and God feel about transgender people? Will they go to hell?”

“Let’s think of the nuclear arms, of the possibility to annihilate in a few instants a very high number of human beings,” Francis stated in 2015 in an interview with the National Catholic Reporter. “Let’s think also of genetic manipulation, of the manipulation of life, or of the gender theory that does not recognize the order of creation.” And with pronouncements such as that, especially from a pope, it’s easy to think transgender people are damned to hell.

But trans activism, though not addressed enough, has taken place in both Catholic and Protestant churches and synagogues statewide, and Freedom for All Massachusetts has been addressing the faith issue in collaboration with Action for Transgender Equality, a collective of clergy and faith-based institutions that are part of the “yes on 3” campaign.

One message they can share is that there are trans-affirming stories in the Bible. My favorite is about Philip the Evangelist and the Ethiopian eunuch in Acts 8:26-39: Traveling south from Jerusalem to Gaza, Phillip meets the eunuch, a court official of the Queen of Ethiopia, reading a scroll of Isaiah on his way back from worshiping in Jerusalem. God tells Philip to follow the Ethiopian to baptize him so he can spread the good news of Jesus, and while traveling together, Phillip explains the text and the Ethiopian asks to be baptized. When they come upon some water, Philip baptizes him.

Deceased John J. McNeill, a gay Jesuit priest and theologian, affirmed the story of the eunuch as “the first baptized gay Christian” – a sign to progressive Biblical scholars that God welcomes and affirms gender-variant people. Eunuchs were castrated, homosexual and intersex men, “keepers of the bed” who served and guarded the women in royal palaces and wealthy households, and today the terms could translate easily to mean sexual minorities, referring to LGBTQ individuals.

The Ethiopian eunuch, then, is a queer foreign black man who was the first non-Jewish convert to Christianity. The story highlights that the early beginnings of Christianity welcomed not only sexual minorities but also different races and ethnicities.

Passage of Question 3, sadly, hangs in the balance, with voters split on the issue. Privacy in restrooms is raised a lot by opponents of trans rights. They were also a hot-button issue and battleground for equal treatment in Jim Crow America. It was the Civil Rights Act of 1964 that outlawed discrimination based on national origin, race, hue, gender and religion and mandated desegregation of all public accommodations, including bathrooms. The Obama administration expanded the act to protect LGBTQ Americans, and it was only in February that the Donald Trump administration revoked federal guidelines permitting transgender students from using “gender-appropriate facilities ” aligning with their gender identity.  But there is no link between anti-discrimination rules and bathroom-related crimes in Massachusetts.

During the “Trans Catholic Voices” breakout season at the DignityUSA conference in 2017, an African-American trans woman pointed out that Francis’ statements about trans people deny them of basic human dignity and perpetuates violence against them – and the life expectancy for black trans people is only 32 years. In her closing remarks, she asked for help from advocates and allies in the room that nearly brought me to tears: