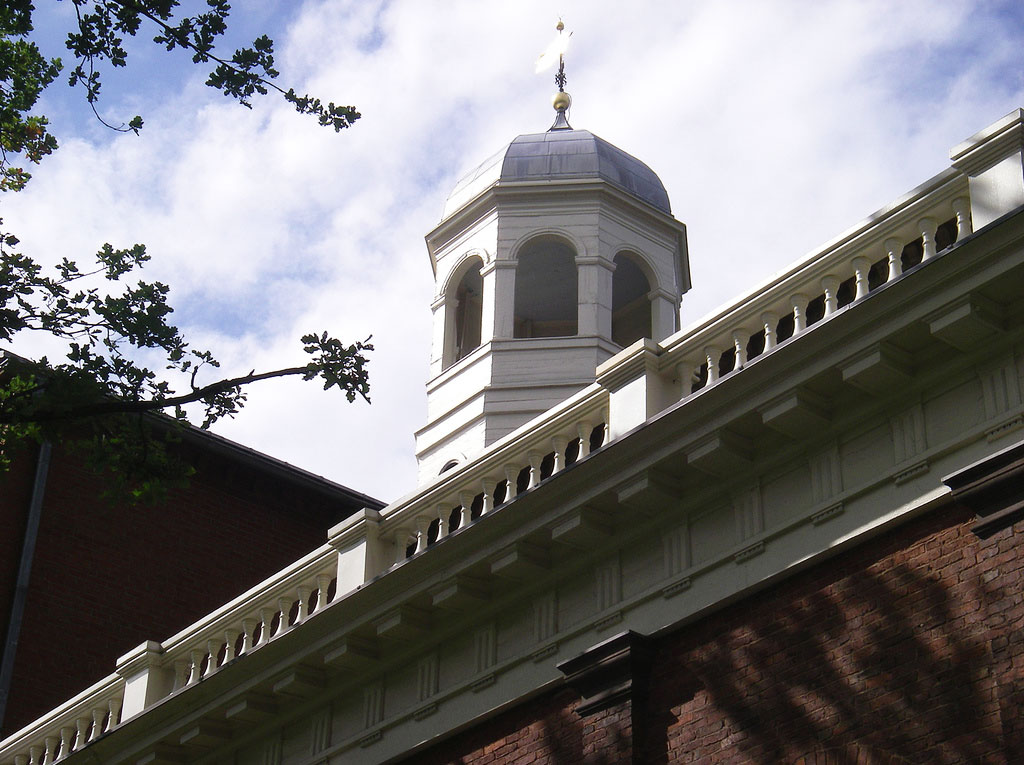 Harvard Hall, in Harvard Yard, is due for an exterior renovation, which may be granted Thursday by the Historical Commission. (Photo: Susan Smith via Flickr)

Will marijuana users get a place to consume it? Can the city better protect its tenants?

City Council, 5:30 p.m. Monday. The conundrum of having legal recreational marijuana but no place to use it – consumption in any form is allowed basically only for property owners on their property – gets a look, as councillors Craig Kelley and E. Denise Simmons explore seeking a home rule petition from the state Legislature to “allow public consumption of cannabis, subject to state smoking laws, on city-owned property at the city’s discretion.” The council plans also to look at a law protecting tenants from sudden evictions or big rent increases, following Portland, Oregon; creating an Inclusionary Units Tenants’ Association; preserving the affordable units at the Fresh Pond Apartments; and ironing out zoning hurdles homeowners might face in adding “accessory dwelling units” that increase the city’s housing stock. While the city manager is gearing up to renegotiate the Comcast cable television license that pays for Cambridge Community Television and 22-CityView (more or less the city’s C-Span) and for coming snowstorms, the biggest deal this week out of the manager’s office has to to with the Grand Junction Railway and how it affects Millers River public housing in East Cambridge, as well as a railway overlay district and a proposed amendment to that zoning from Alexandria Real Estate. But there’s much more, including a suggestion from Kelley and vice mayor Jan Devereux that Cambridge get involved with Somerville’s radical remaking of Davis Square (changing a six-way intersection into a four-way intersection with two-way traffic in each direction; closing down a block of the one-way Dover Street from Massachusetts Avenue; and tripling public space) because it “may considerably alter traffic flow into and out of Cambridge”; and a proposal to make the city’s Open Meeting Portal more open-minded when it comes to identifying gender. Davi da Silva, Massachusetts Institute of Technology doctoral student and co-president of its MIT Democrats, summed up the problem in a tweet last week:

What kind of small claims cases does the city face?

Government Operations, Rules & Claims Committee, at noon Tuesday. This committee run by Devereux will conduct a hearing to assess legal claims of $500 or less, already vetted by the City Solicitor’s Office, that have been filed against the city.

Did Cambridge really lose nearly 20 percent of its trees in the past decade?

Health & Environment Committee, 5 to 7 p.m. Tuesday. This committee run by Devereux and councillor Quinton Zondervan will talk about the preliminary study results showing a dramatic decline in Cambridge trees – possibly 18 percent gone since 2009.

Will the School Committee undo its resolution about grades for extracurricular activities?

School Committee, 6 p.m. Tuesday. A resolution changing what grades students must maintain to play sports is up for reconsideration after passing 5-2 at the previous meeting, and the committee will weigh approval of revisions to a homework policy; pick up discussion of ways students can report discrimination or unfair discipline without fear of retaliation; look for improvements to summer programs; and likely submit a statement opposing a Trump administration policy making immigrant status harder to secure if people sign up for certain health care, nutrition and housing programs. Televised.

What changes are coming to Kendall Square? Cambridge Redevelopment will help say

Planning Board, 6:30 p.m. Tuesday. The board continues a joint session with the Cambridge Redevelopment Authority to hear a proposal by Kendall Square developers Boston Properties to move some gross floor area around infill projects on Broadway and on Main and Binney streets, including relocating some parking and below-ground retail. Televised.

What kind of regulations can the city impose on app-operated transport?

What kind of improvements are coming for local mass transit?

Transit Advisory Committee Meeting, 5:30 to 7:30 p.m. Wednesday. A Better Bus Project report will be heard, but perhaps the most valuable aspect of this committee’s meetings are the public comment periods that come at their beginnings and ends. Ask or tell the committee anything relating to transit.

Cambridge Housing Authority special meeting, 5:30 p.m. Wednesday. Like the City Council, the Authority will be dealing with giving the city an easement over a small strip of Millers River public housing land that allows development of the Grand Junction Railway. It will also look at turning Millers River into a condominium property – on paper.

What is the Envision Cambridge Advisory Committee doing that it doesn’t feel the need to communicate?

Envision Cambridge Advisory Committee, 6 to 8:30 p.m. Wednesday. What is this advisory committee doing this week? Nothing that it feels is important enough to communicate to the public, except providing an example of irresponsibly lackluster outreach. Still, its three-year citywide master planning effort will land before the City Council soon enough, probably with residents claiming they never heard anything about it but might have become involved if they had.

The board meets in the fourth-floor conference room of the City Hall Annex, 344 Broadway, Mid-Cambridge.

What work is being done on the city’s historical properties, including the 1766 Harvard Hall?

Historical Commission, 6 p.m. Thursday. Gerald Chan’s four-story, 60,000-square-foot mixed-use building reviving the Harvard Square Theatre at 10 Church St. is only on the commission agenda for a continuance, making the exterior restoration of Harvard Hall in Harvard Yard – the 1766 building that is the college’s fifth-oldest building – the item of most obvious general interest.