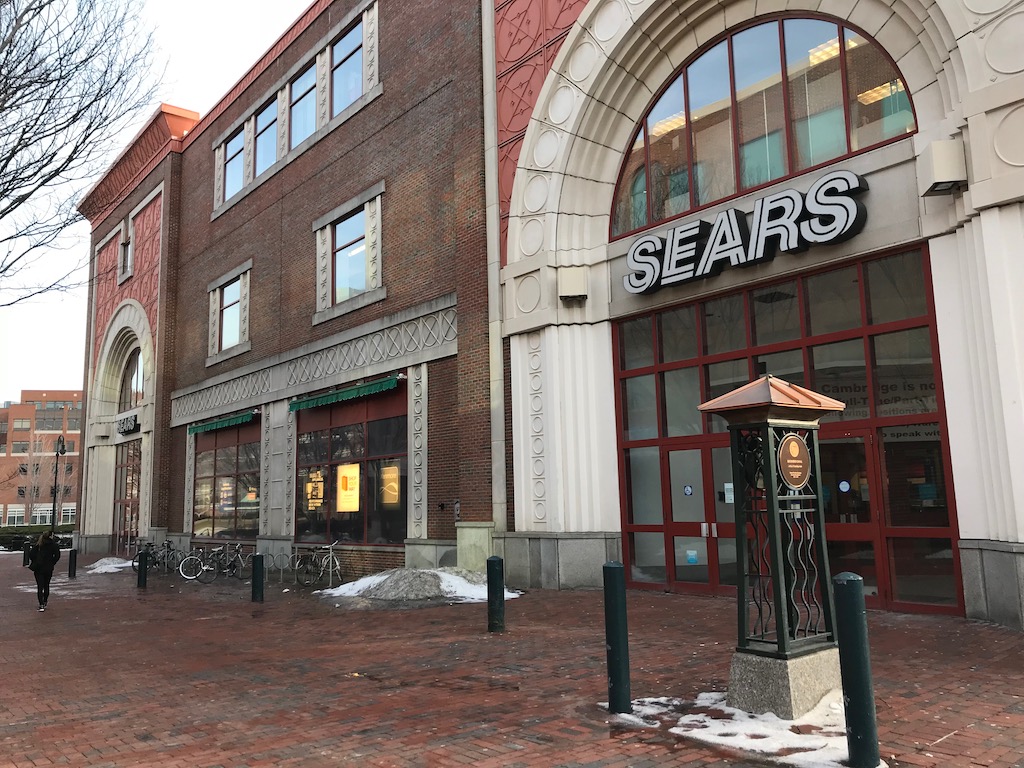 City Council, 5:30 p.m. Monday. In a proposal suggesting dramatic impacts for First Street and East Cambridge, the owners of the CambridgeSide mall want a redo through a Planned Unit Development 8 zoning district. “Like most malls across the country, CambridgeSide has seen a decline in retail rental demand and customer traffic in recent years as e-commerce threatens bricks-and-mortar retail. Despite consistent efforts to attract new tenants, including a recent multimillion-dollar interior renovation and an application to expand permitted office use,” says mall owner trustee Stephen Karp, “the long-term success of CambridgeSide as a mixed-use center requires a more comprehensive redevelopment.” That would mean hanging on to some retail but adding 600,000 square feet of mixed uses, including residential; trustees are also talking about more art, a season farmers market and a contribution to the city’s struggling efforts to keep and increase tree canopy.

Also on the agenda: The city manager responds to concerns about water main breaks and complaints that December flood victims in West Cambridge were largely ignored, assuring that he has “met with department heads in order to explore ways in which the city might improve communications and community outreach in response to events such as this,” and says the city is working with companies such as Uber and Lyft to set up pickup/drop-off zones that’ll help keep the cars out of travel lanes. And city councillors E. Denise Simmons, Sumbul Siddiqui and Alanna Mallon and Mayor Marc McGovern pressure city staff to finally respond to an April order seeking another $100 million in city money over five years for the creation and preservation of affordable housing.

School Committee/City Council roundtable, 5:30 p.m. Tuesday. Preliminary discussions on the next school department budget are on the agenda. Update on Feb. 12, 2019: This meeting was canceled because of an impending snowstorm.

First chance to see public art proposed for the Foundry building, 6 to 8 p.m. Tuesday. Competitors Elisa Hamilton, Innovators for Purpose and Masary Studios present their art proposals for the city’s Foundry community building, with one to be chosen Feb. 28.

In the basement of the Michael J. Lombardi Building, 831 Massachusetts Ave., Mid-Cambridge near Central Square.

Decision to rescue ‘nonprofit row’ building to be made

Cambridge Redevelopment Authority, 5:30 to 8 p.m. Wednesday. The board’s annual meeting, with an annual report and election of officers, but also business as usual with updates on Kendall Square sign rules, the Foundry community building and an Opportunity Space program at 255 Main St. The board will also talk about saving the “nonprofit row” building at 93-99 Bishop Allen Drive near Central Square, and even has a closed-door session planned to talk about it toward the end of the meeting.

Moratorium on tree-cutting returns to committee

Ordinance Committee, 5:30 p.m. Thursday. This committee run by city councillors Dennis Carlone and Craig Kelley will look again at a proposed “Tree Protection” amendment to the municipal code that will end tee-cutting permits for a year subsequent to ordination except for dead, diseased or dangerous trees. Violations would require a payment into the tree replacement fund. In a previous hearing on the topic, Kelley sent this to the full committee, where he sponsored the order and then voted against it. Dozens more mature trees have been taken down since talk of a moratorium began – exacerbating the city’s almost certain climate change crisis.

Somerville Community Media Summit, noon to 2 p.m. Saturday. The Dig newspaper, Somerville Media Center and a bunch of other organizers worry that “Somerville has started turning into what media researchers call a ‘news desert’ – a municipality lacking enough news outlets to properly cover all relevant political, social and cultural developments” and plan to talk through the issue. What’s interesting here is that Somerville has a corporate-owned weekly paper, a Patch website and two independent news sources called The Somerville Times and The Somerville News Weekly.

This post was updated to add a License Commission agenda that was posted after the weekend.